Eddy currents are circular electric currents induced within conductors by a changing magnetic field in the conductor, due to Faraday's law of induction. Eddy currents flow in closed loops within conductors, in planes perpendicular to the magnetic field. They can be induced within nearby stationary conductors by a time-varying magnetic field created by an AC electromagnet or transformer, for example, or by relative motion between a magnet and a nearby conductor. The magnitude of the current in a given loop is proportional to the strength of the magnetic field, the area of the loop, and the rate of change of flux, and inversely proportional to the resistivity of the material.

The first person to observe eddy currents was François Arago (1786–1853), the 25th Prime Minister of France, who was also a mathematician, physicist and astronomer. In 1824 he observed what has been called rotatory magnetism, and that most conductive bodies could be magnetized; these discoveries were completed and explained by Michael Faraday (1791–1867).

French physicist Leon Foucault (1819–1868) is credited with having discovered eddy currents. In September, 1855, he discovered that the force required for the rotation of a copper disc becomes greater when it is made to rotate with its rim between the poles of a magnet, the disc at the same time becoming heated by the eddy current induced in the metal. The first use of eddy current for non-destructive testing occurred in 1879 when David E. Hughes used the principles to conduct metallurgical sorting tests. 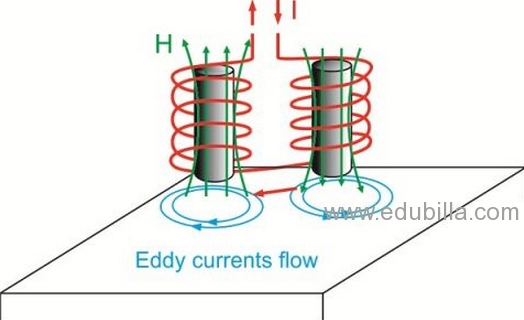 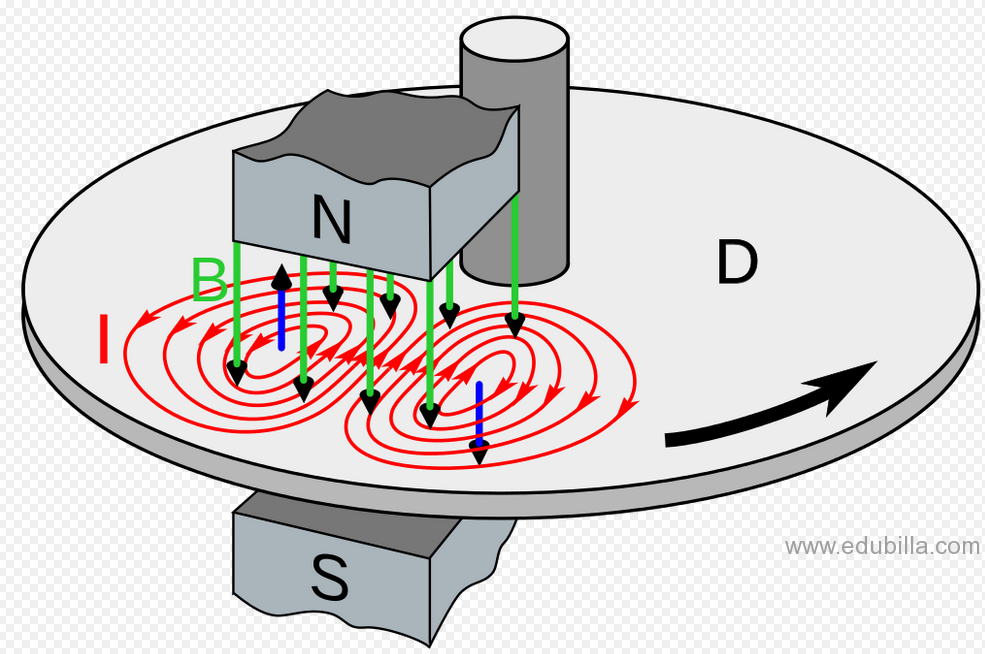