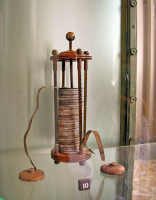 Batteries provided the main source of electricity before the development of electrical generators and electrical power grids around the end of the 19th century. Successive improvements in battery technology facilitated major electrical advances, from early scientific studies to the rise of telegraphs and telephones, and eventually leading to portable computers, mobile phones, electric cars, and many other electrical devices.

Scientists and engineers developed several commercially important types of battery. "Wet cells" were open containers that held liquid electrolyte and metallic electrodes. When the electrodes were completely consumed, the wet cell was renewed by replacing the electrodes and electrolyte. Open containers are unsuitable for mobile or portable use. Early electric cars used semi-sealed wet cells.

"Primary" batteries could produce current as soon as assembled, but once the active elements were consumed, they could not be electrically recharged. The development of the lead-acid battery and subsequent "secondary" or "rechargeable" types allowed energy to be restored to the cell, extending the life of permanently assembled cells.

Invention of the battery

In 1780, Luigi Galvani was dissecting a frog affixed to a brass hook. When he touched its leg with his iron scalpel, the leg twitched. Galvani believed the energy that drove this contraction came from the leg itself, and called it "animal electricity".

However, Alessandro Volta, a friend and fellow scientist, disagreed, believing this phenomenon was caused by two different metals joined together by a moist intermediary. He verified this hypothesis through experiment, and published the results in 1791. In 1800, Volta invented the first true battery, which came to be known as the voltaic pile. The voltaic pile consisted of pairs of copper and zinc discs piled on top of each other, separated by a layer of cloth or cardboard soaked in brine (i.e., the electrolyte). Unlike the Leyden jar, the voltaic pile produced a continuous and stable current, and lost little charge over time when not in use, though his early models could not produce a voltage strong enough to produce sparks.He experimented with various metals and found that zinc and silver gave the best results.

Volta believed the current was the result of two different materials simply touching each other—an obsolete scientific theory known as contact tension—and not the result of chemical reactions. As a consequence, he regarded the corrosion of the zinc plates as an unrelated flaw that could perhaps be fixed by changing the materials somehow. However, no scientist ever succeeded in preventing this corrosion. In fact, it was observed that the corrosion was faster when a higher current was drawn. This suggested that the corrosion was actually integral to the battery's ability to produce a current. This, in part, led to the rejection of Volta's contact tension theory in favor of electrochemical theory. Volta's illustrations of his Crown of Cups and voltaic pile have extra metal disks, now known to be unnecessary, on both the top and bottom. The figure associated with this section, of the zinc-copper voltaic pile, has the modern design, an indication that "contact tension" is not the source of electromotive force for the voltaic pile.

Volta's original pile models had some technical flaws, one of them involving the electrolyte leaking and causing short-circuits due to the weight of the discs compressing the brine-soaked cloth. A Scotsman named William Cruickshank solved this problem by laying the elements in a box instead of piling them in a stack. This was known as the trough battery.Volta himself invented a variant that consisted of a chain of cups filled with a salt solution, linked together by metallic arcs dipped into the liquid. This was known as the Crown of Cups. These arcs were made of two different metals (e.g., zinc and copper) soldered together. This model also proved to be more efficient than his original piles,though it did not prove as popular.

Another problem with Volta's batteries was short battery life (an hour's worth at best), which was caused by two phenomena. The first was that the current produced electrolysed the electrolyte solution, resulting in a film of hydrogen bubbles forming on the copper, which steadily increased the internal resistance of the battery (This effect, called polarization, is counteracted in modern cells by additional measures). The other was a phenomenon called local action, wherein minute short-circuits would form around impurities in the zinc, causing the zinc to degrade. The latter problem was solved in 1835 by William Sturgeon, who found that amalgamated zinc, whose surface had been treated with some mercury, didn't suffer from local action.

Despite its flaws, Volta's batteries provided a steadier current than Leyden jars, and made possible many new experiments and discoveries, such as the first electrolysis of water by Anthony Carlisle and William Nicholson. 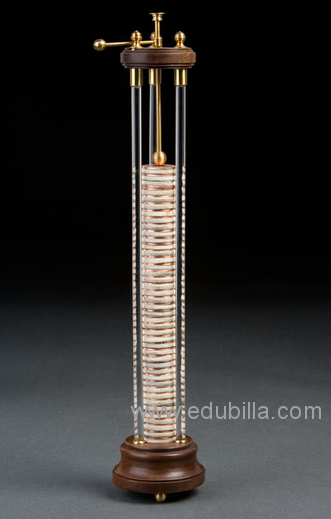 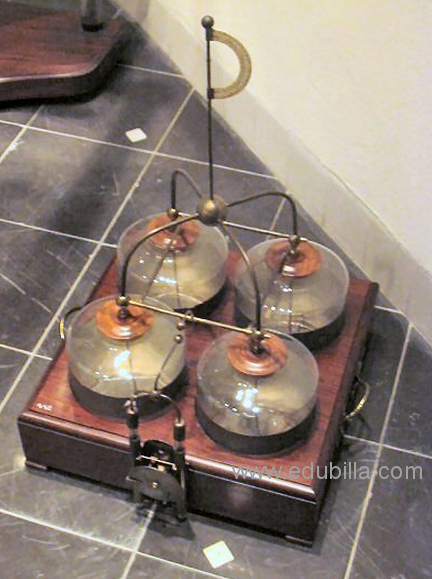