A semaphore telegraph, optical telegraph, shutter telegraph chain, Chappe telegraph, or Napoleonic semaphore is a system of conveying information by means of visual signals, using towers with pivoting shutters, also known as blades or paddles. Information is encoded by the position of the mechanical elements; it is read when the shutter is in a fixed position.

The system was invented in 1792 in France by Claude Chappe, and was popular in the late eighteenth to early nineteenth century.

Credit for the first successful optical telegraph goes to the French engineer Claude Chappe and his brothers in 1792, who succeeded in covering France with a network of 556 stations stretching a total distance of 4,800 kilometres (3,000 mi). Le systeme Chappe was used for military and national communications until the 1850s.

During 1790–1795, at the height of the French Revolution, France needed a swift and reliable communication system to thwart the war efforts of its enemies. France was surrounded by the forces of Britain, the Netherlands, Prussia, Austria, and Spain, the cities of Marseille and Lyon were in revolt, and the British Fleet held Toulon. The only advantage France held was the lack of cooperation between the allied forces due to their inadequate lines of communication.

In the summer of 1790, the Chappe brothers set about devising a system of communication that would allow the central government to receive intelligence and to transmit orders in the shortest possible time. On 2 March 1791 at 11am, they sent the message “si vous réussissez, vous serez bientôt couverts de gloire” (If you succeed, you will soon bask in glory) between Brulon and Parce, a distance of 16 kilometres (9.9 mi). The first means used a combination of black and white panels, clocks, telescopes, and codebooks to send their message.

The Chappes carried out experiments during the next two years, and on two occasions their apparatus at Place de l'Étoile, Paris was destroyed by mobs who thought they were communicating with royalist forces. However in the summer of 1792 Claude was appointed Ingénieur-Télégraphiste and charged with establishing a line of stations between Paris and Lille, a distance of 230 kilometres (about 143 miles). It was used to carry dispatches for the war between France and Austria. In 1794, it brought news of a French capture of Condé-sur-l'Escaut from the Austrians less than an hour after it occurred. The first symbol of a message to Lille would pass through 15 stations in only nine minutes. The speed of the line varied with the weather, but the line to Lille typically transferred 36 symbols, a complete message, in about 32 minutes. Another line of 50 stations was completed in 1798, covering 488 km between Paris and Strasbourg.

The Chappe brothers determined by experiment that it was easier to see the angle of a rod than to see the presence or absence of a panel. Their semaphore was composed of black movable wooden arms, the position of which indicated alphabetic letters. With counterweights (named forks) on the arms, the Chappe system was controlled by only two handles and was mechanically simple and reasonably robust. Each of the two 2-metre-long arms showed seven positions, and the 4.6-metre-long cross bar connecting the two arms had four different angles, for a total of 196 symbols (7x7x4). Night operation with lamps on the arms was unsuccessful.

To speed up transmission and to provide some semblance of security a code book was developed for use with semaphore lines. The Chappes' corporation used a code that took 92 of the basic symbols two at a time to yield 8,464 coded words and phrases.

From 1803 on, the French also used the 3-arm Depillon semaphore at coastal locations to provide warning of British incursions.

Many national services adopted signaling systems different from the Chappe system. For example, the UK and Sweden adopted systems of shuttered panels (in contradiction to the Chappe brothers' contention that angled rods are more visible). In Spain, the engineer Agustín de Betancourt developed his own system which was adopted by that state. This system was considered by many experts in Europe better than Chappe's, even in France. 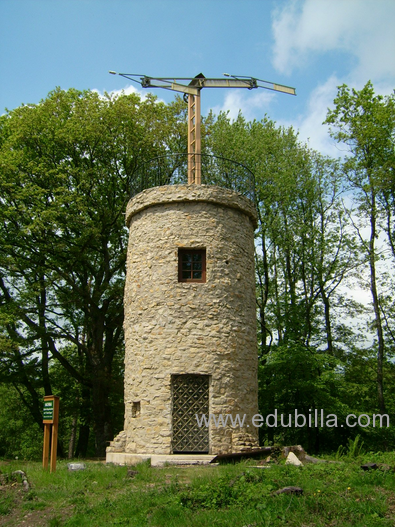 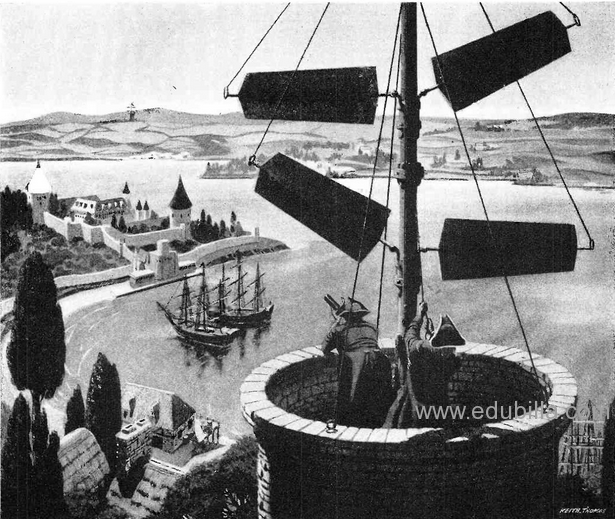