A rechargeable battery storage is a type of electrical battery which can be charged, discharged into a load, and recharged many times, while a non-rechargeable or primary battery is supplied fully charged, and discarded once discharged. It is composed of one or more electrochemical cells.

Gaston Plante is the inventor of the lead-acid battery. It was in 1859 when this French physicist invented this first rechargeable battery which is also one of the most commercially available batteries today. His invention is regarded as the most successful secondary cell of all ages.

Gaston Plante original version of the lead-acid battery consisted of two sheets of lead (used as electrodes), separated by cloth which is rolled into a spiral (used as separator), and immersed in a 10% sulfuric acid 90% water solution (used as electrolytes). His invention is sometimes referred to as “lead-acid accumulator”. During his experiment using a switch, Planté discovered that when the switch is off, the current still flows through the acid. At this point, he noticed that one of the electrodes became coated with lead oxide (PbO2) while the other retained its natural lead surface. When the switch is turned on, the electric current flows from the electrodes going to the system (or load).

More improvements in the lead-acid battery’s construction and design followed years after Planté’s invention. It was Camille Faure who made a significant improvement when he further increased its capacity. Planté and Faure’s remarkable inventions and work lead to the industrial scale manufacturing of lead-acid batteries, the most common application of which today is as SLI battery in our cars. 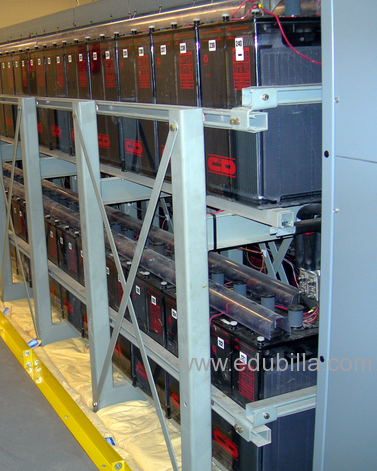