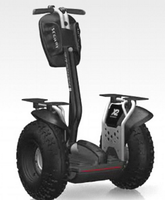 The Segway PT is a two-wheeled, self-balancing, battery-powered electric vehicle invented by Dean Kamen. It is produced by Segway Inc. of New Hampshire. The name Segway is derived from the word segue, meaning smooth transition. PT is an abbreviation for personal transporter.

The Segway PT was known by the names Ginger and IT before it was unveiled. Ginger came out of the first product that used Kamen's balancing technology, the iBOT wheelchair. During development at the University of Plymouth, in conjunction with BAE Systems and Sumitomo Precision Products, the iBot was nicknamed Fred Upstairs (after Fred Astaire) because it can climb stairs: hence the name Ginger, after Astaire's regular film partner, Ginger Rogers, for a successor product.

The invention, development, and financing of the Segway was the subject of a narrative nonfiction book, Code Name Ginger (in paperback as Reinventing the Wheel), by journalist Steve Kemper. The leak of information from that book led to speculation about the "IT" device prior to release. The speculation created an unexpected advance buzz about the product that was, at times, hyperbolic. Steve Jobs was quoted as saying that it was "as big a deal as the PC",though later sources quoted him as saying when first introduced to the product that its design "sucked".John Doerr speculated that it would be more important than the Internet.Articles were written in major publications speculating on it being a Stirling engine.South Park devoted an episode to making fun of the hype before the product was released.

Segways perform best in areas with adequate sidewalks, curb cuts at intersections, and ramps. They are used in some theme parks by visitors and employees. Angel Island State Park, in San Francisco Bay in California, offers Segway tours, but prohibits personal Segways except as needed by disabled visitors.The special police forces trained to protect the public during the 2008 Summer Olympics used the Segway for mobility.

Though a Segway-focused organization, Disability Rights Advocates for Technology,advocates for Segway PT sidewalk and facility access as an ADA issue, Segways cannot be marketed in the US as medical devices: they have not been approved by the Food and Drug Administration as a medical device and Johnson & Johnson claims exclusive rights to the medical uses of the balancing technology found in the iBOT and Segway.Dean Kamen sold the medical rights to the technology of the iBOT, a very stable and mobile powered wheelchair, to Johnson & Johnson.

A version of the Segway i2 is being marketed to the emergency medical services community. Equipped with light bars and a variety of hard and soft cases, it is sealed against wet conditions, and rated for 24 miles (39 kilometres) per charge. 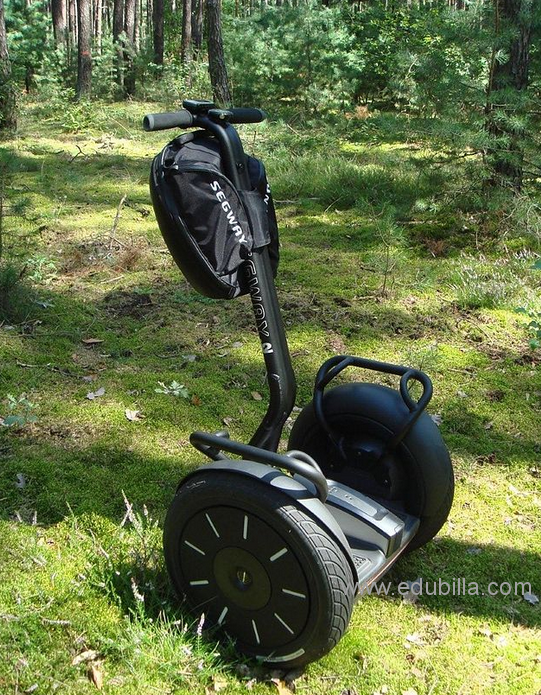 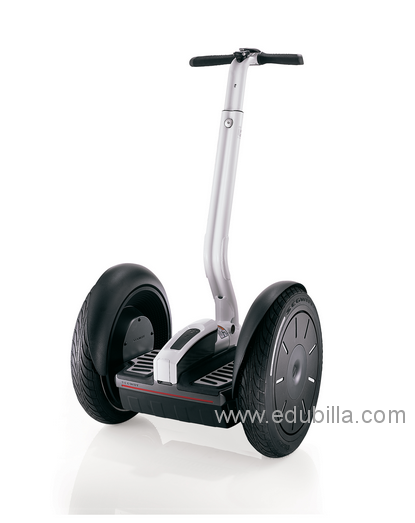