A rack railway is a steep grade railway with a toothed rack rail, usually between the running rails. The trains are fitted with one or more cog wheels or pinions that mesh with this rack rail. This allows the trains to operate on steep grades above around 7 to 10%, which is the maximum for friction-based rail. Most rack railways are mountain railways, although a few are transit railways or tramways built to overcome a steep gradient in an urban environment.

The first cog railway was the Middleton Railway between Middleton and Leeds in West Yorkshire, England, UK, where the first commercially successful steam locomotive, Salamanca, ran in 1812.

The Strub rack system was invented by Emil Strub in 1896. It uses a rolled flat-bottom rail with rack teeth machined into the head approximately 100 mm apart. Safety jaws fitted to the locomotive engage with the underside of the head to prevent derailments and serve as a brake.Strub's US Patent, granted in 1898, also includes details of how the rack rail is integrated with the mechanism of a turnout.

The best-known use of the Strub system is on the Jungfraubahn in Switzerland.It is the simplest rack system to maintain and has become increasingly popular. 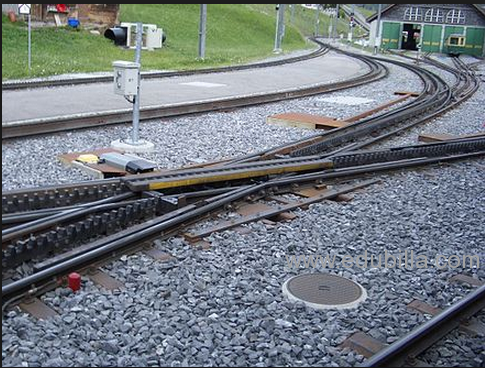 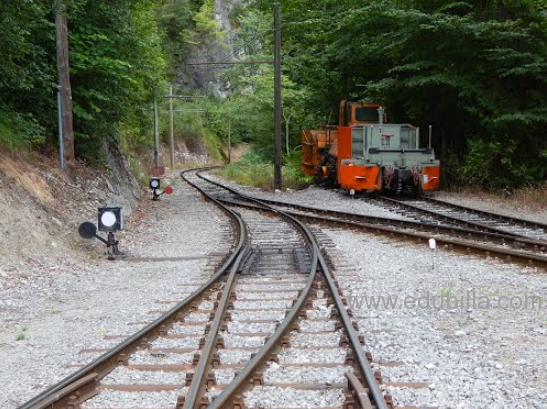