A spaceport or cosmodrome is a site for launching (or receiving) spacecraft, by analogy with seaport for ships or airport for aircraft. The word spaceport, and even more so cosmodrome, has traditionally been used for sites capable of launching spacecraft into orbit around Earth or on interplanetary trajectories. However, rocket launch sites for purely sub-orbital flights are sometimes called spaceports, as in recent years new and proposed sites for suborbital human flights have been frequently referred to or named 'spaceports'. Space stations and proposed future bases on the moon are sometimes called spaceports, in particular if intended as a base for further journeys.

The first rockets to reach space were V-2 rockets launched from Peenemünde, Germany during World War II.After the war, 70 complete V-2 rockets were brought to White Sands for test launches, with 47 of them reaching altitudes between 100 km and 213 km.

The world’s first spaceport for orbital and human launches, the Baikonur Cosmodrome in southern Kazakhstan, started as a Soviet military rocket range in 1955. It achieved the first orbital flight (Sputnik 1) in October 1957. The exact location of the cosmodrome was initially held secret. Guesses to its location were misdirected by a name in common with a mining town 320 km away. The position became known in 1957 outside the Soviet Union only after U-2 planes had identified the site by following railway lines in Kazakhstan, although Soviet authorities did not confirm the location for decades.

The Baikonur Cosmodrome achieved the first launch of a human into space (Yuri Gagarin) in 1961. The launch complex used, Site 1, has reached a special symbolic significance and is commonly called Gagarin's Start. Baikonur was the primary Soviet cosmodrome, and is still widely used by Russia under a lease arrangement with Kazakhstan.

In response to the early Soviet successes, the United States built up a major spaceport complex at Cape Canaveral in Florida. A large number of unmanned flights, as well as the early human flights, were carried out at Cape Canaveral Air Force Station. For the Apollo programme, an adjacent spaceport, Kennedy Space Center, was constructed, and achieved the first manned mission to the lunar surface (Apollo 11) in July 1969. It has been the base for all Space Shuttle launches and most of their runway landings. For details on the launch complexes of the two spaceports, see List of Cape Canaveral and Merritt Island launch sites.

The Guiana Space Centre in Kourou, French Guiana, is the major European spaceport, with satellite launches that benefit from the location 4 degrees north of the equator.

Breaking with tradition, in June 2004 on a runway at Mojave Air and Space Port, California, a human was for the first time launched to space in a privately funded, suborbital spaceflight, that was intended to pave the way for future commercial spaceflights. The spacecraft, SpaceShipOne, was launched by a carrier airplane taking off horizontally. 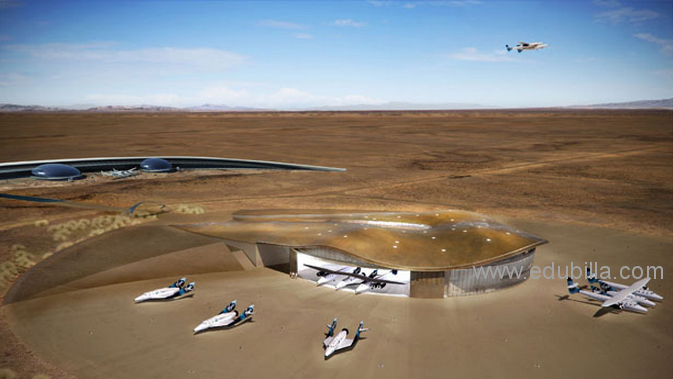 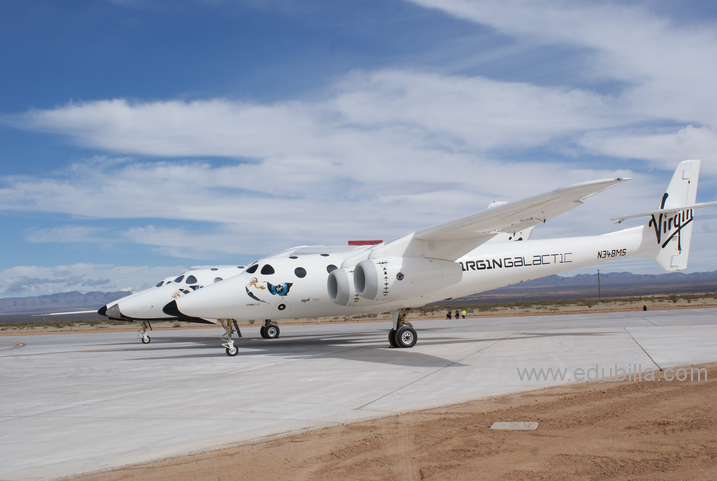