An icebreaker is a special-purpose ship or boat designed to move and navigate through ice-covered waters, and provide safe waterways for other boats and ships. Although the term usually refers to ice-breaking ships, it may also refer to smaller vessels, such as the icebreaking boats that were once used on the canals of the United Kingdom.

The present invention relates to a multi-purpose icebreaker having a front part, an aft part, main propulsion devices and steering devices.The conventional icebreakers are provided with shaft propellers and rudders at the stern of the vessel. In order to increase power for ice breaking the shaft propellers were added also in the front of the vessel.

In the first multi-purpose icebreakers the shaft propellers and rudders at the stern of the vessel have been substituted by azimuth propellers, which essentially improved the steering characteristics of the ship. Therefore in the front of the vessel it was necessary to provide only with several steering tunnel thrusters.

The icebreaking ship provided with azimuth propulsion devices at the front part of the ship is especially useful in the situations, where the ship has to move slowly in the in heavy ice conditions, and when ramming is not possible. These characteristics are also useful, when the ship has to stay at a predetermined position in a moving ice field. Such needs occur for example on the oil fields at arctic seas.

An early ship designed to operate in icy conditions was a 51-metre (167 ft) wooden paddle steamer, City Ice Boat No. 1, that was built for the city of Philadelphia by Vandusen & Birelyn in 1837. The ship's wooden paddles, powered by two 250-horsepower steam engines, were reinforced with iron coverings.

With its rounded shape and strong metal hull, the Russian Pilot of 1864 was an important predecessor of modern icebreakers. Built on the orders of merchant and shipbuilder Mikhail Britnev, it had the bow altered to achieve an ice-clearing capability (20° raise from keel line). This allowed the Pilot to push itself on the top of the ice and consequently break it. Britnev fashioned the bow of his ship after the shape of old Pomor boats, which had been navigating icy waters of the White Sea and Barents Sea for centuries. Pilot was used between 1864-1890 for navigation in the Gulf of Finland between Kronstadt and Oranienbaum thus extending the summer navigation season by several weeks. Inspired by the success of the Pilot, Mikhail Britnev built a second similar vessel Boy ("Breakage" in Russian) in 1875 and a third Booy ("Buoy" in Russian) in 1889.The cold winter of 1870-1871 caused the Elbe River and the port of Hamburg to freeze over, causing a prolonged halt to navigation and huge commercial losses. The Germans purchased the Pilot's design from Britnev to make their own ice-breaker,the Eisbrecher I.

The first true modern sea-going icebreaker was built at the turn of the 20th century. Icebreaker Yermak, was built in 1897 at the Armstrong Whitworth naval yards in England under contract from the Russian Navy. The ship borrowed the main principles from Pilot and applied them to the creation of the first polar icebreaker, which was able to run over and crush pack ice. The ship weighed 5,000 tons, and its steam-reciprocating engines delivered 10,000 horsepower. The ship was so well built that it was only finally decommissioned and scrapped in 1963, making it one of the longest serving ice-breakers in the world.

In Canada, the government needed to provide a way to prevent flooding due to ice jam on the St-Lawrence River. Icebreakers were built in order to maintain the river free of ice jam, east of Montréal. In about the same time, Canada had to fill its obligations in the Canadian Arctic. Large steam icebreakers, like the 80 meters CGS N.B.McLean (1930) and CGS D'Iberville (1952), were built for this dual use (St-Lawrence flood prevention and Arctic replenishment).

At the beginning of the 20th century, several other countries began to operate purpose-built icebreakers. Most were coastal icebreakers, but Canada, Russia, and later, the Soviet Union, also built several oceangoing icebreakers of around 10,000 ton displacement. 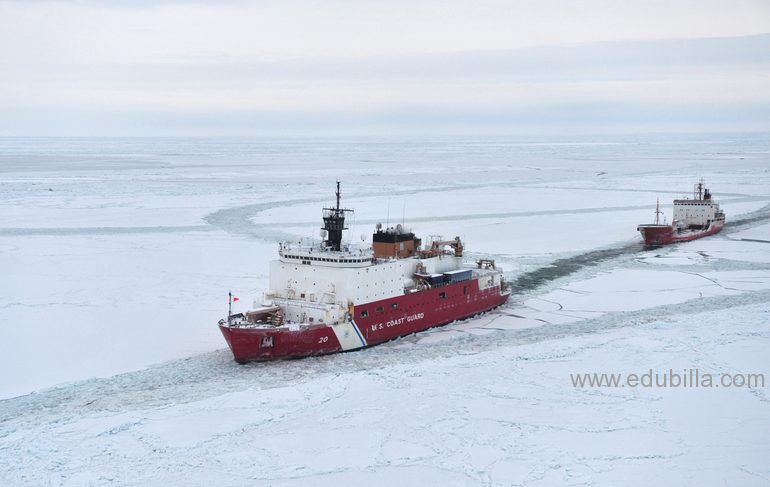 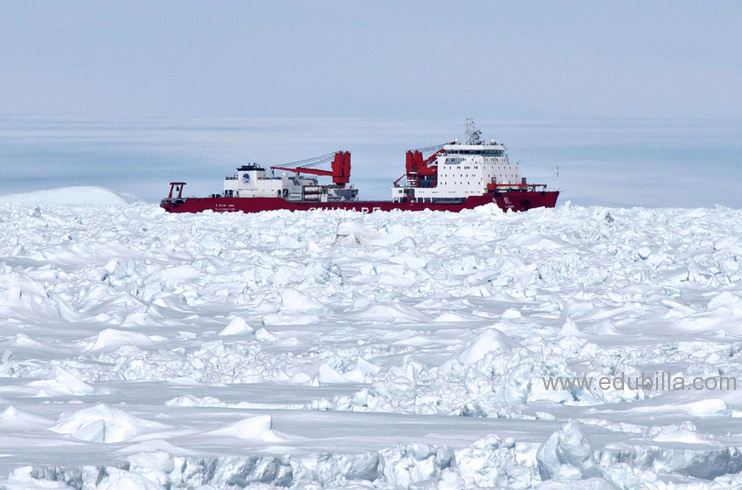