Derailleur gears are a variable-ratio transmission system commonly used on bicycles, consisting of a chain, multiple sprockets of different sizes, and a mechanism to move the chain from one sprocket to another.Although referred to as gears in the bike world, these bicycle gears are technically sprockets since they drive or are driven by a chain, and are not driven by one another.

Some early designs used rods to move the chain onto various gears. 1928 saw the introduction of the "Super Champion Gear" (or "Osgear") from the company founded by champion cyclist Oscar Egg, as well as the Vittoria Margherita; both employed chainstay mounted 'paddles' and single lever chain tensioners mounted near or on the downtube. However, these systems, along with the rod-operated Campagnolo Cambio Corsa were eventually superseded by parallelogram derailleurs.

In 1937, the derailleur system was introduced to the Tour de France, allowing riders to change gears without having to remove wheels. Previously, riders would have to dismount in order to change their wheel from downhill to uphill mode.Derailleurs did not become common road racing equipment until 1938 when Simplex introduced a cable-shifted derailleur.

In 1949 Campagnolo introduced the Gran Sport, a more refined version of the then already existing, yet less commercially successful, cable-operated parallelogram rear derailleurs.

In 1964, Suntour invented the slant-parallelogram rear derailleur, which let the jockey pulley maintain a more constant distance from the different sized sprockets, resulting in easier shifting. Once the patents expired, other manufacturers adopted this design, at least for their better models,and the "slant parallelogram" remains the current rear derailleur pattern.

Before the 1990s many manufacturers made derailleurs, including Simplex, Huret, Galli, Mavic, Gipiemme, Zeus, Suntour, and Shimano. However, the successful introduction and promotion of indexed shifting by Shimano in 1985 required a compatible system of shift levers, derailleur, cogset, chainrings, chain, shift cable, and shift housing.This need for compatibility increased the use of groupsets made by one company, and was one of the factors that drove the other manufacturers out of the market.Today Campagnolo, Shimano, and SRAM are the three main manufacturers of derailleurs, with Italian manufacturer Campagnolo only making road cycling derailleurs and Shimano making both road and offroad. American manufacturer SRAM has been an important third, specializing in derailleurs for mountain bikes, and in 2006 they introduced a drivetrain system for road bicycles. 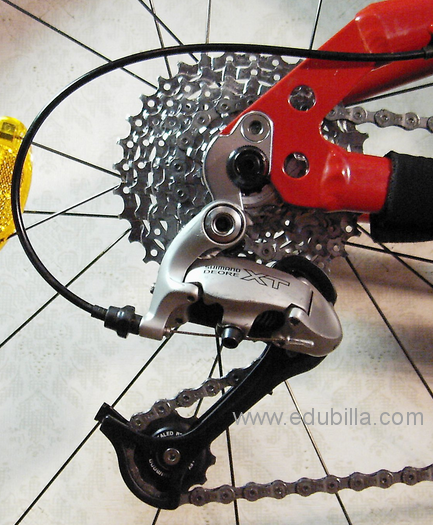 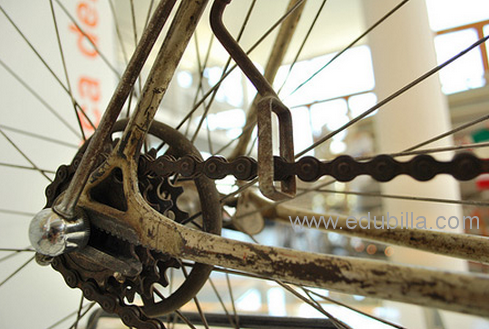