The first successful rack railway in the US was the Mount Washington Cog Railway, developed by Sylvester Marsh.While ascending Mount Washington in 1852, he lost his way, and then conceived the idea of building a railroad to its summit, believing that such an enterprise could be made profitable. He obtained a charter for the road on 25 June 1858, but the American Civil War prevented any action until May 1866. The construction of such a road was regarded as impossible, and he became known as “Crazy Marsh”; indeed, the legislature, in granting him a charter, further expressed their willingness to grant a “charter to the moon” if he wished.Marsh was issued a U.S. patent for the general idea of a rack railway in September 1861,and in January 1867 for a practical rack where the gear teeth take the form of rollers arranged like the rungs of a ladder between two L-shaped wrought-iron rails.The first public trial of the Marsh rack on Mount Washington was made on August 29, 1866, when only one quarter of a mile (402 meters) of track had been completed. The Mount Washington railway opened to the public on August 14, 1868.The pinion wheels on the locomotives have deep teeth that ensure that at least two teeth are engaged with the rack at all times - this measure helps reduce the possibility of the pinions riding up and out of the rack.

As far as “Jacob's ladder,” and entirely completed in July 1869. During the construction of this road, it was visited by a Swiss engineer, who took away drawings of the machinery and track, from which a similar railway was built up Mount Rigi in Switzerland. 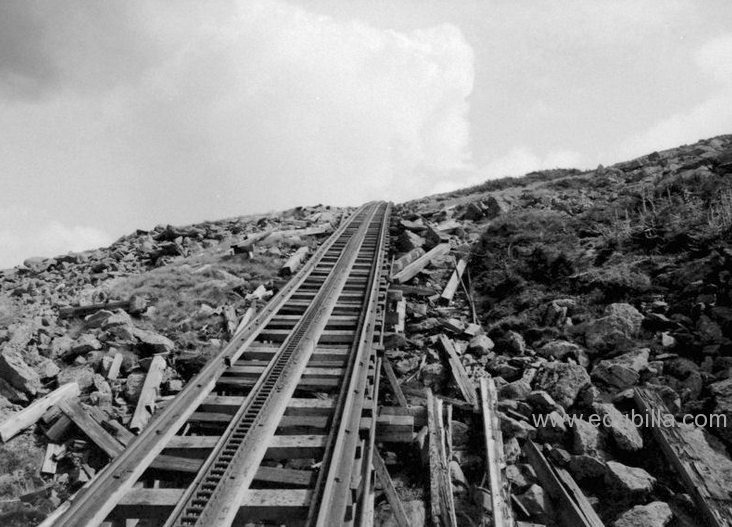 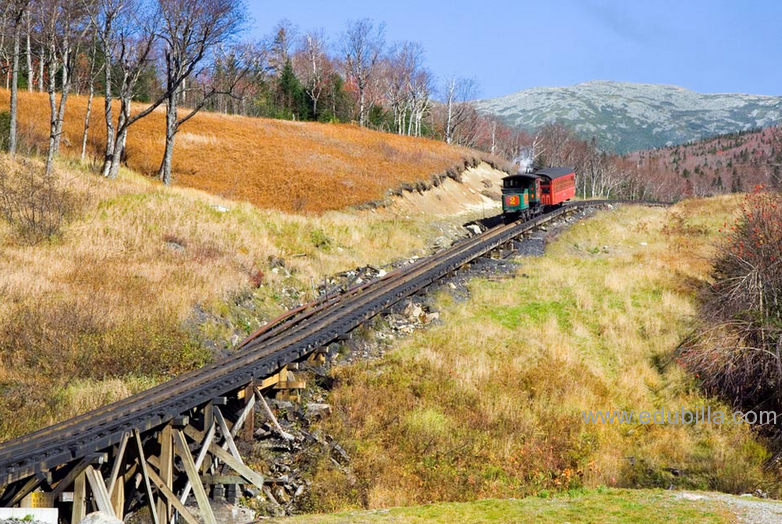