A hovercraft, also known as an air-cushion vehicle or ACV, is a craft capable of travelling over land, water, mud or ice and other surfaces. Hovercraft are hybrid vessels operated by a pilot as an aircraft rather than a captain as a marine vessel.

A hovercraft is a vehicle supported on a cushion of air supplied by a powered fan mounted on the craft.

The hovercraft was invented by Christopher Cockerell in 1956. The theory behind one of the most successful inventions of the 20th century, the Hovercraft, was originally tested in 1955 using an empty KiteKat cat food tin inside a coffee tin, an industrial air blower and a pair of kitchen scales. Sir Christopher Cockerell developed the first practical hovercraft designs, these led to the first hovercraft to be produced commercially, the SRN1.

Christopher Cockerell's idea was to build a vehicle that would move over the water's surface, floating on a layer of air. This would reduce friction between the water and vehicle. To test his hypothesis, he put one a smaller can inside a larger can and used a hairdryer to blow air into them. The downward thrust produced was greater when one can was inside the other rather than air just being blown into one can.

Cockerell's greatest invention, the hovercraft, grew out of this work. It occurred to him that if the entire craft were lifted from the water, the craft would effectively have no drag. This, he conjectured, would give the craft the ability to attain a much higher maximum speed than could be achieved by the boats of the time.

The idea of the modern hovercraft is most often associated with a British mechanical engineer Sir Christopher Cockerell. Cockerell's group was the first to develop the use of an annular ring of air for maintaining the cushion, the first to develop a successful skirt, and the first to demonstrate a practical vehicle in continued use.Cockerell came across the key concept in his design when studying the ring of airflow when high-pressure air was blown into the annular area between two concentric tin cans, one coffee and the other from cat food. This produced a ring of airflow, as expected, but he noticed an unexpected benefit as well; the sheet of fast moving air presented a sort of physical barrier to the air on either side of it. This effect, which he called the "momentum curtain", could be used to trap high-pressure air in the area inside the curtain, producing a high-pressure plenum that earlier examples had to build up with considerably more airflow. In theory, only a small amount of active airflow would be needed to create lift and much less than a design that relied only on the momentum of the air to provide lift, like a helicopter. In terms of power, a hovercraft would only need between one quarter to half of the power required by a helicopter.

Cockerell built several models of his hovercraft design in the early 1950s, featuring an engine mounted to blow from the front of the craft into a space below it, combining both lift and propulsion. He demonstrated the model flying over many Whitehall carpets in front of various government experts and ministers, and the design was subsequently put on the secret list. In spite of tireless efforts to arrange funding, no branch of the military was interested, as he later joked, "the navy said it was a plane not a boat; the air force said it was a boat not a plane; and the army was 'plain not interested.'" 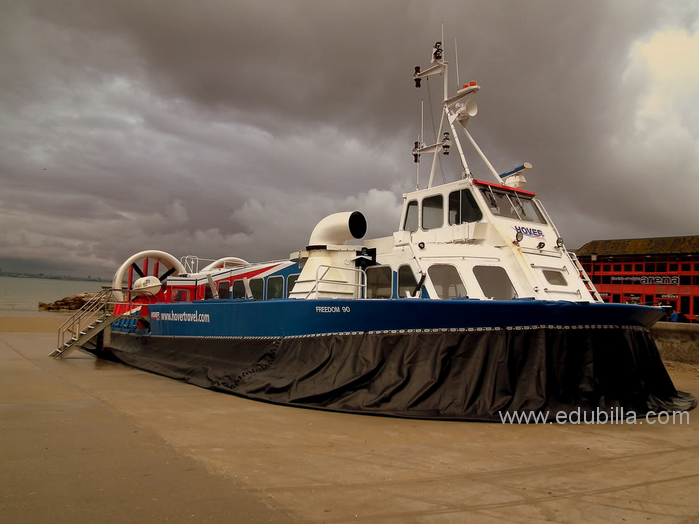 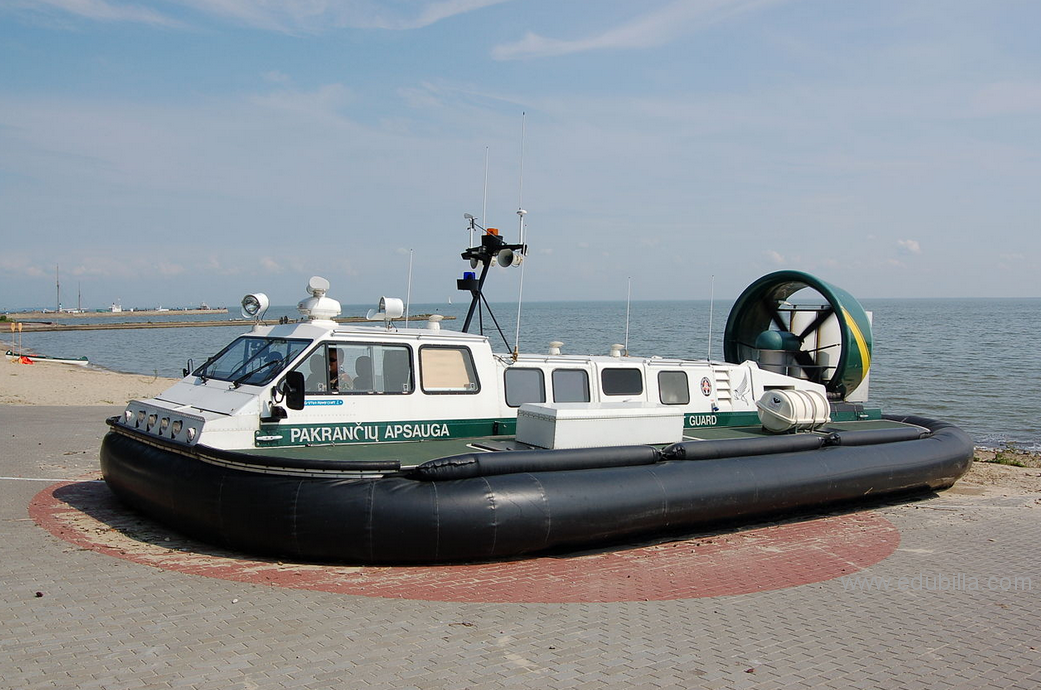