In 1815 the Tambora volcano in indonesia erupted,starting a chain of events that led to the invention of the bicycle.The eruption was the largest in recorded history and dumped tons of ash into Earth's atmosphere.This caused the global themperature to drop,and did terrible things to crops.

Three years earlier,following some bad weather in 1812,the price of oats was climbing,and the german inventor Karl Daris(1785-1851) was looking for something to replace hungry horses.He designed a four-wheeled vehicle,powered by a servant sitting in the back pedaling,while the master steered from the front with a atiller.It did not catch on and Drais decided to focus instead on surveying equipment.

After the 1815 volcanic eruption,even worse weather caused oat prices to climb higher still.The need for horseless transport was even more pressing,and so Drais tried again.He switched from four wheels to two and got rid of the pedals completely.What he invented in 1817 was caled teh draisine or teh draisienne,depending on where you lived.

The design was simple: a light wooden frame supported the rider between the wheels,the rider used his or her feet to push,and the machine could reach speeds of 12 miles per hour (19 kph).The machine quickly became popular,despite being quite uncomfortable to ride,and was copied all over teh world.but some of teh cheaper imitations lacked brakes,making them particularly dangerous.After baing banned from sidewalks as a hazard to pedestrains,tehy went out of fashion.But they led the way for the bicycles that would follow. 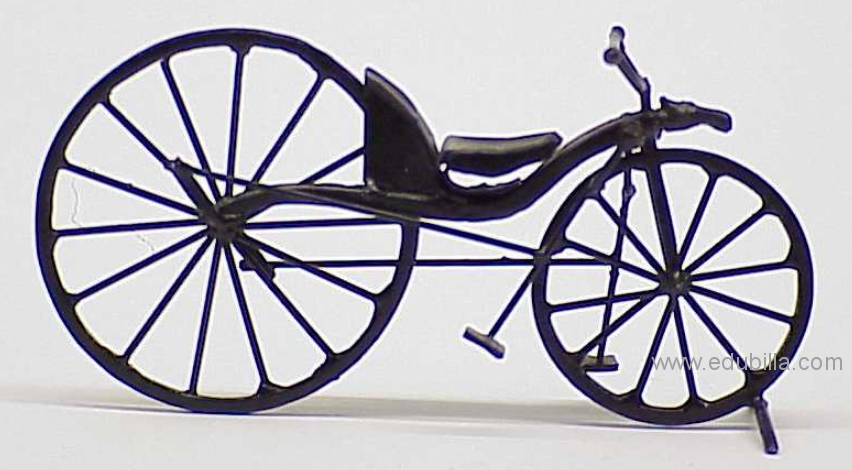 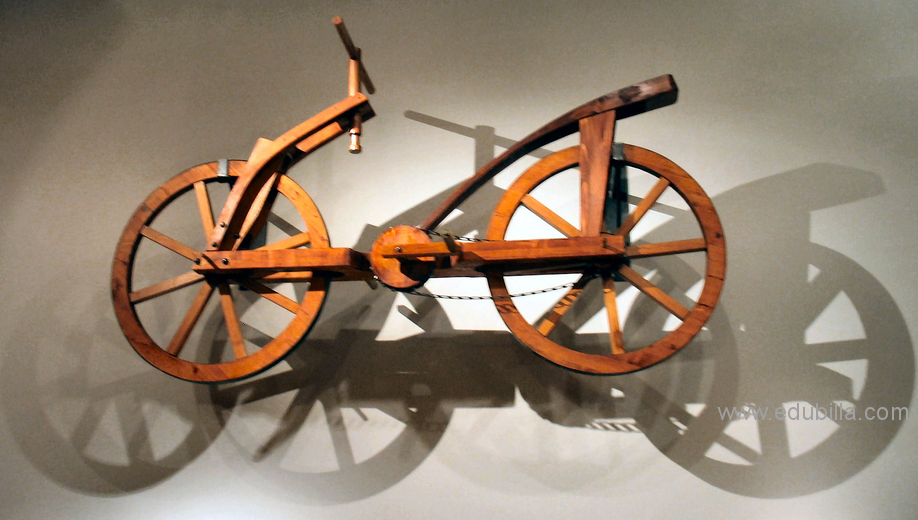