Vespa is an Italian brand of scooter manufactured by Piaggio.

The Vespa has evolved from a single model motor scooter manufactured in 1946 by Piaggio & Co. S.p.A. of Pontedera, Italy—to a full line of scooters and one of seven companies today owned by Piaggio.

In recent years, many urban commuters have purchased new or restored Vespas. A shortage of available parking for automobiles in large urban areas and the Vespa's low running costs are two reasons for the increase in Vespa (and other scooter) popularity. The cultural use of the scooter as a recreational vehicle with a sub-cultural following in the USA/Canada and parts of Europe & Japan has also contributed to the rise in Vespa ownership. In contrast, the Vespa is considered a utilitarian vehicle for hauling products and sometimes up to 5 family members in much of Asia and Mexico

This resurgence in interest in vintage motor scooters has also spawned a scooter restoration industry, with many restored Vespas being exported from Thailand, Vietnam and Indonesia to the rest of the world.

There is a Piaggio Museum & Gift Shop adjacent to the plant in central Pontedera, near Pisa, Tuscany. The permanent exhibition includes those items which toured venues such as the Guggenheim in New York and the Centre Pompidou in Paris. Also on display is a model personally customised by Salvador Dalí in 1962. 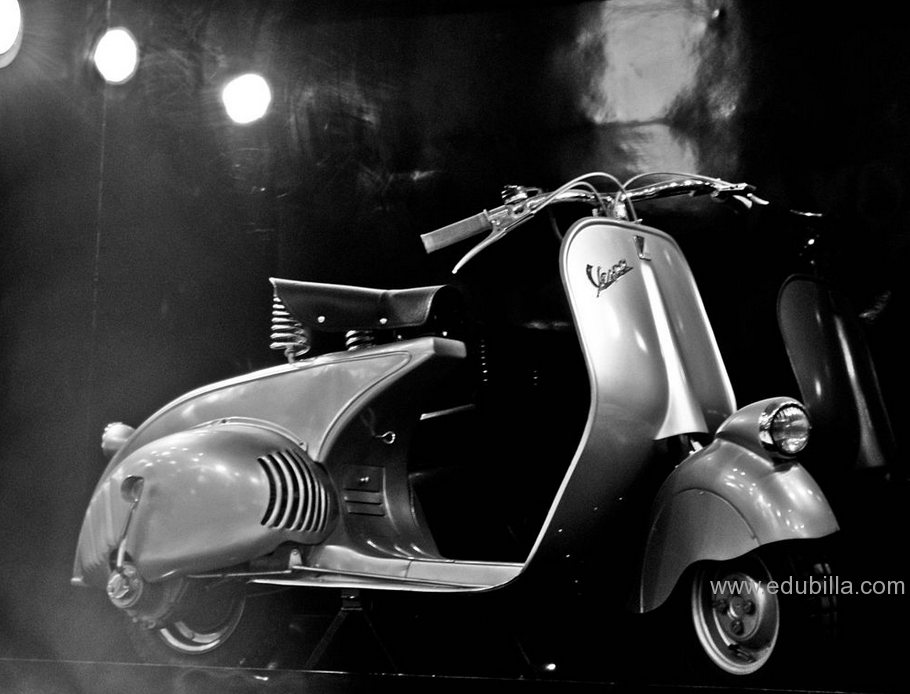