Sabre system, which stands for Semi-Automated Business Research Environment, stemmed from an odd meeting. An IBM salesman named Blair Smith was traveling to NY from Los Angeles after having a meeting with the US Air Force for a project called SAGE, Semi Automatic Ground Environment. It was a system that would use a number of large computers to coordinate messages from radar stations to interceptors, which would improve the capability of the Air Force to counter incoming bombers. Sitting next to Blair on the flight was C.R. Smith, who happened to be the president of American Airlines.

American Airlines had already attacked the problem to some degree, and was in the process of introducing their new Magnetronic Reservisor, an electromechanical computer, in 1952 to replace the card files. This computer consisted of a single magnetic drum, each memory location holding the number of seats left on a particular flight. Using this system, a large number of operators could look up information simultaneously, so the ticket agents could be told over the phone whether a seat was available. On the downside, a staff member was still needed at each end of the phone line, and actually handling the ticket still took considerable effort and filing. Something much more highly automated was needed if American Airlines was going to enter the jet age, booking many times more seats.

It was during the testing phase of the Reservisor that a high-ranking IBM salesman, Blair Smith, was flying on an American Airlines flight from Los Angeles back to IBM in New York in 1953.He found himself sitting next to American Airlines president C. R. Smith.Noting that they shared a family name, they began talking.

Just prior to this chance meeting, IBM had been working with the United States Air Force on their Semi Automatic Ground Environment (SAGE) project. SAGE used a series of large computers to coordinate the message flow from radar sites to interceptors, dramatically reducing the time needed to direct an attack on an incoming bomber. The system used teleprinter machines located all around the world to feed information into the system, which then sent orders back out to teleprinters located at the fighter bases. It was one of the first online systems.

It was not lost on either man that the basic idea of the SAGE system was perfectly suited to American Airlines' booking needs. Teleprinters would be placed at American Airlines' ticketing offices to send in requests and receive responses directly, without the need for anyone on the other end of the phone. The number of available seats on the aircraft could be tracked automatically, and if a seat was available the ticket agent could be notified instantly. Booking simply took one more command, updating the availability and even printing out the ticket for them.

Only 30 days later IBM sent a research proposal to American Airlines, suggesting that they really study the problem and see if an "electronic brain" could actually help. They set up a team consisting of IBM engineers led by John Siegfried and a large number of American Airlines' staff led by Malcolm Perry, taken from booking, reservations and ticket sales, calling the effort the Semi-Automated Business Research Environment, or SABRE.

A formal development arrangement was signed in 1957, and the first experimental system went online in 1960, based on two IBM 7090 mainframes in a new data center located in Briarcliff Manor, New York. The system was a success. Up until this point, it had cost the astonishing sum of $40 million to develop and install (about $350 million in 2000 dollars). The SABRE system by IBM in the 1960s was specified to process a very large number of transactions, such as handling 83,000 daily phone calls.The system took over all booking functions in 1964, at which point the name had changed to the more familiar SABRE.

With SABRE up and running, IBM offered its expertise to other airlines, and soon developed Deltamatic for Delta Air Lines on the IBM 7074, and PANAMAC for Pan American World Airways using an IBM 7080. In 1968, they generalized their work into the PARS (Programmed Airline Reservation System), which ran on any member of the IBM System/360 family and thus could support any sized airline. The operating system component of PARS evolved into ACP (Airlines Control Program), and later to TPF (Transaction Processing Facility). Application programs were originally written in assembly language, later in SabreTalk, a proprietary dialect of PL/I, and now in C and C++.

By the 1980s, SABRE offered airline reservations through the CompuServe Information Service and GEnie under the Eaasy SABRE brand.This service was extended to America Online in the 1990s.

American and Sabre separated on March 15, 2000. Sabre had been a publicly traded corporation, Sabre Holdings, stock symbol TSG on the New York Stock Exchange until taken private in March 2007. The corporation introduced the new logo and changed from the all-caps acronym "SABRE" to the mixed-case "Sabre Holdings", when the new corporation was formed. The Travelocity website, introduced in 1996, was owned by Sabre Holdings. Travelocity was acquired by Expedia in January 2015.Sabre Holdings' three remaining business units, Sabre Travel Network, Sabre Airline Solutions and Sabre Hospitality, today serves as a global travel technology company. The system connects more than 57, 000 travel agents and millions of travelers with more than 400 airlines, 90,000 hotels, 30 car-rental companies, 200 tour operators, and dozens of railways, ferries and cruise lines. 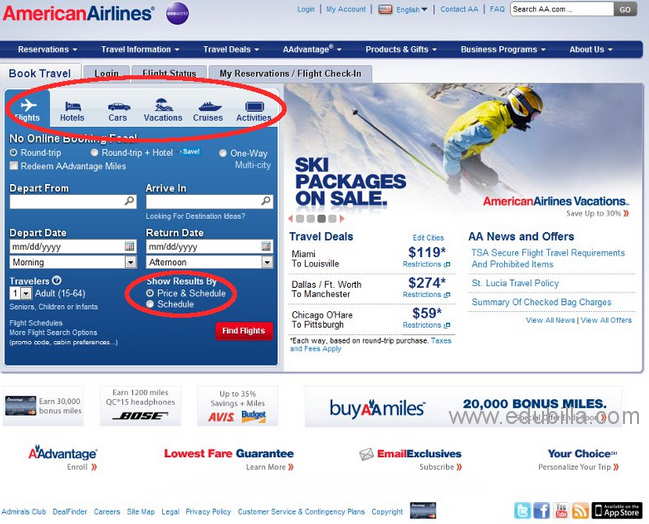