Land sailing, also known as sand yachting or land yachting, is the act of moving across land in a three-wheeled vehicle powered by wind through the use of a sail. The term comes from analogy with water sailing. Historically, land sailing was used as a mode of transportation or recreation. Since the 1950s it has evolved primarily into a racing sport.

Stevin is responsible for many discoveries and inventions. He was a pioneer of the development and the practical application of (engineering related) science such as mathematics, physics and applied science like hydraulic engineering and surveying. He invented (or at least described in detail) the Decimal system for fractions and did the mathematical groundwork for the construction of fortifications.

His contemporaries were most struck by his invention of a so-called land yacht, a carriage with sails, of which a model was preserved in Scheveningen until 1802. The carriage itself had been lost long before. Around the year 1600 Stevin, with Prince Maurice of Orange and twenty-six others, used the carriage on the beach between Scheveningen and Petten. The carriage was propelled solely by the force of wind and acquired a speed which exceeded that of horses.

Stevin's yachts was used by Prince Maurice for entertaining his guests. In 1898, the Dumont brothers of De Panne, Belgium, developed a land yacht whose sails were based on contemporary Egyptian sailboats used on the Nile River. Louis Blériot, the French aviation pioneer was instrumental in developing landsailing as a sport. It was viewed as an alternative sport when strong winds would have made flying in early aircraft too dangerous. Bleriot's landsailers were first tried on the Buc airstrip (SW of Paris). Bleriot machines gave their best on Channel and North Sea wide and windy beaches at low tide (Calais, Hardelot, La Panne, Quend, Audresselles etc.). The Blériot firm coined the name "aéroplage" (plage is the French for beach) and even registered it as a trademark.The first races were held on the beaches of Belgium and France in 1909. Land yachts were also used in the late 19th century and early 20th century to transport goods on dry lakes in the United States.

The modern land yacht, a four-wheeled polyester/fibreglass and metal cart, often with a wing-mast and relatively rigid (full-batten) sails, has been used since 1960.

In 1967 a French Foreign Legion officer organized a land yacht race across the Sahara Desert. Teams from 7 countries assembled at Colomb-Béchar in Algeria and using French-designed and built machines for the most part, sailed 1,700 miles (2,700 km) through Algeria, Spanish Morocco and into the capital of Mauritania. Due to the harsh conditions, the idea of racing was abandoned, though at the time three young American boatbuilders, Larry Pardey, Richard Arthur and Warren Zeibarth (Captain, Pardey), were leading the race, with scores double those of any other team. The story made the cover of National Geographic in November 1967. A reenactment of this event took place three years later and was filmed by National Geographic. 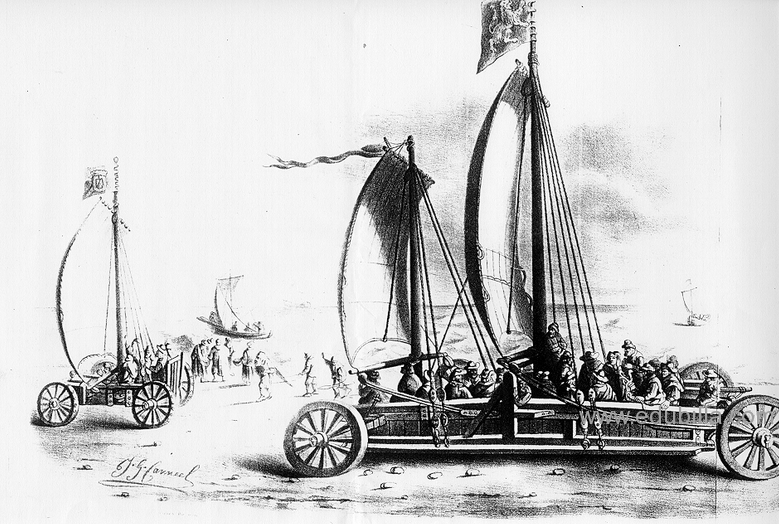 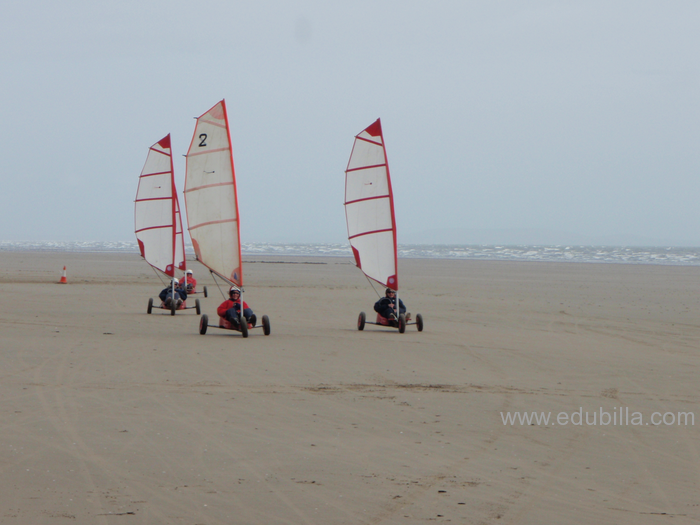