Abt rack railway system - Invented by Carl Roman Abt

A rack railway is a steep grade railway with a toothed rack rail, usually between the running rails. The trains are fitted with one or more cog wheels or pinions that mesh with this rack rail. This allows the trains to operate on steep grades above 7%, which is the maximum for friction-based rail. Most rack railways are mountain railways, although a few are transit railways or tramways built to overcome a steep gradient in an urban environment.

The first cog railway was the Middleton Railway between Middleton and Leeds in West Yorkshire, England, UK, where the first commercially successful steam locomotive, Salamanca, ran in 1812. This used a rack and pinion system designed and patented in 1811 by John Blenkinsop.

The first mountain cog railway was the Mount Washington Cog Railway in the US state of New Hampshire, which carried its first fare-paying passengers in 1868 and reached the summit of Mount Washington in 1869. The first mountain rack railway in continental Europe was the Vitznau-Rigi-Bahn on Mount Rigi in Switzerland, which opened in 1871. Both lines are still running.

The Abt system was devised by Roman Abt, a Swiss locomotive engineer. Abt worked for Riggenbach at his works in Olten and later at his IGB rack locomotive company. In 1885, he founded his own civil engineering company.

During the early 1880s, Abt worked to devise an improved rack system that overcame the limitations of the Riggenbach system. In particular, the Riggenbach rack was expensive to manufacture and maintain and the switches were complex. In 1882, Abt designed a new rack using solid bars with vertical teeth machined into them. Two or three of these bars are mounted centrally between the rails, with the teeth offset.The use of multiple bars with offset teeth ensures that the pinions on the locomotive driving wheels are constantly engaged with the rack.The Abt system is cheaper to build than the Riggenbach because it requires a lower weight of rack over a given length. However the Riggenbach system exhibits greater wear resistance than the Abt.

Abt also developed a system for smoothing the transition from friction to rack traction, using a spring-mounted rack section to bring the pinion teeth gradually into engagement. 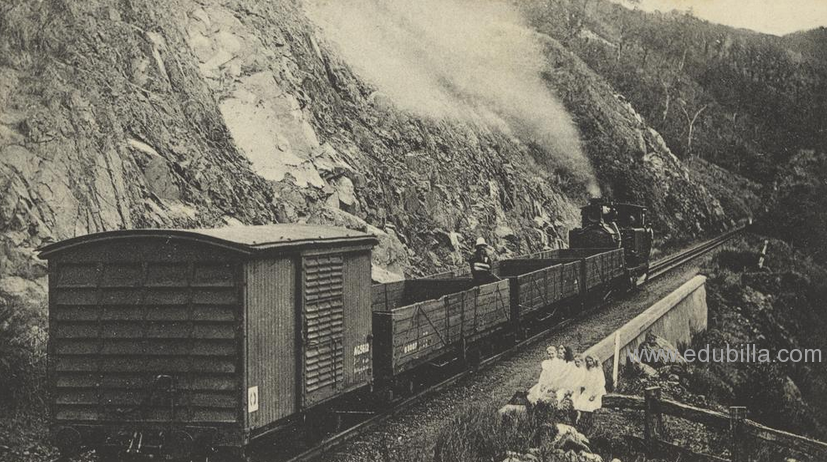 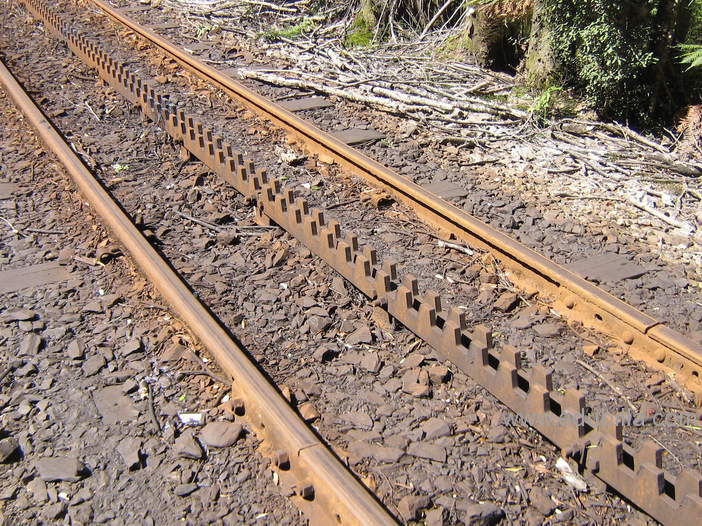