The RT-23 (NATO reporting name SS-24 Scalpel) was a Soviet ICBM developed and produced by the Yuzhnoye Design Bureau before 1991. It is cold-launched, and comes in silo‚Äď and railway-car‚Äďbased variants. It is a three-stage missile that uses solid fuel and thrust vectoring for the first stage, with 10 MIRV warheads, each with a 550‚Äďkt yield.

The missile was the culmination of a major Soviet effort to develop a medium solid-fueled missile with multiple basing modes: silo-based and rail-based versions were deployed, and a road-mobile version was considered but rejected. This made for a much more survivable ICBM, as the rail-based missiles could move around the rail network and thus be difficult to detect and track. The new missile was to replace the older liquid-fueled SS-19 missiles which were entirely silo-based. Its US counterpart was the MX missile.

The missile was tested through the 1980s and began to be deployed in 1987. Its production facilities were located in Ukraine. After the Soviet Union broke up in 1991, Ukraine had no interest in producing ICBMs, so the production of the missile came to an end. A typical missile launch train was composed of three M62-class locomotives (a standard diesel electric locomotive of the period), followed by generating power car, command car, support car, and three missile launch vehicles, forming a nine-car set. The lead locomotive was driven by three officers, and the two immediately following engines were driven by two enlisted personnel each. The missile launcher has the shape of a refrigerator car, and the service cars are converted passenger carriages.

Just before the breakup of the USSR, 92 missiles were operational, 36 silo-based and 56 rail-based. The 36 silo-based missiles located in Ukraine were deactivated by mid-1996, disassembled and put into storage pending decision on a feasible disposal method, but the 56 missiles in Russia remained in service. The missile was to be banned under the provisions of START II, but that treaty was never ratified. The remaining ten silo-based missiles in Russia were deactivated around 2000. After 2000, the rail-based missiles were also gradually withdrawn from service, with the remaining 15 decommissioned in August 2005. The last SS-24 ICBM in Russia was eliminated in April 2008.

Its proposed successor, the RT-25, was a medium-range ballistic missile program that was never developed. 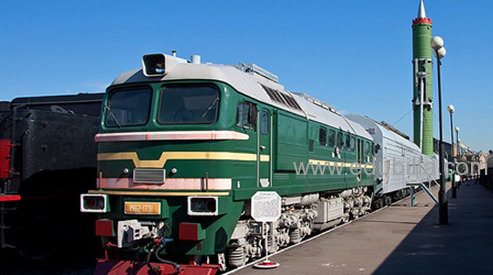 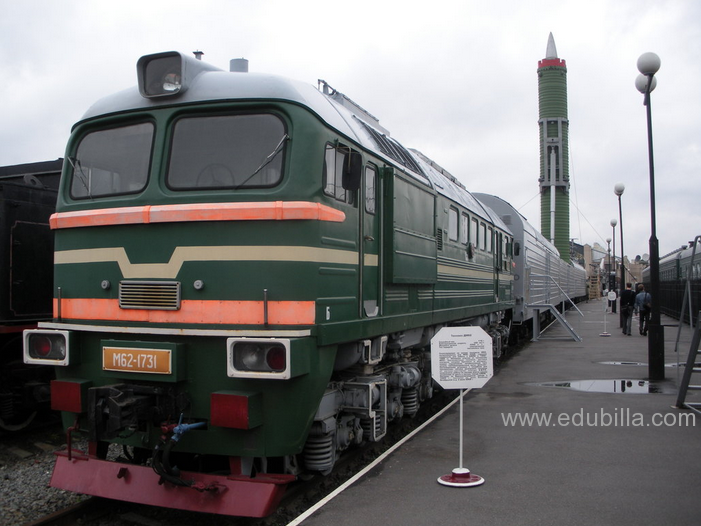