The term monorail or industrial monorail is used to describe any number of transport systems in which a chair or carrier is suspended from, or rides on, an overhead rail structure. Unlike the well-known duo-rail system, there are many rail-guided transport options which have been described as monorails, so that tracing the history presents a demarcation problem regarding what should be included and what should be omitted.

Common usage appears to define a monorail as any rail guided vehicle which does not employ the coning action of conventional adhesion railways to achieve directional stability. This would exclude rack railways and funicular railways. This appears a reasonable start, as it is the elegant simplicity of the duorail which has to date defeated all challengers. There may exist niche applications where some of the alternative schemes show promise, but unless they can achieve better performance on existing legacy routes, or can offer a better alternative for new construction, it is difficult to see how any are likely to see widespread application.

Bearing in mind the pattern of development of conventional railways, different criteria and measures of effectiveness were relevant at different times, and alternative design solutions were proposed. Hence, a monorail of the early 19th Century bears little resemblance to current designs, and were optimised for different performance objectives, within different technological constraints.

The earliest patent for a vehicle designed to run on a single rail can be traced to UK patent No 4618 dated 22 November 1821. The inventor was Henry Robinson Palmer, who described it as 'a single line of rail, supported at such height from the ground as to allow the centre of gravity of the carriages to be below the upper surface of the rail'. The vehicles straddled the rail, rather like a pair of pannier baskets on a mule. Propulsion was by horse.A line was built in 1824 in the Deptford Dockyard in London, and in 1825, another line was built in Cheshunt, Hertfordshire. Dubbed the Cheshunt Railway, this line made history as it was the world's first passenger-carrying monorail, and the first railway line to open in Hertfordshire.In 1826 a company was formed to construct a line between Barmen and Elberfeld in Germany, but construction never started.

Throughout the 19th Century, the Palmer design was improved, with the addition of stabilising wheels and additional rails (rendering a misnomer of 'monorail'). In 1829, Maxwell Dick introduced 'safety rails' below the running rails to reduce the likelihood of derailment. He also articulated the main advantage claimed for this class of vehicle: 'the pillars or supports to be of different heights as circumstances of the country may require'. In other words, the system was better suited for crossing rough terrain.

In 1868, William Thorold M.I.C.E. presented a paper proposing a monorail system that could be built at ground level in or alongside roads. Two lines were built in India on the principle that he described.

In 1869, J Haddon built a monorail in Syria to replace a mule train in military use. This embodied lateral guide rails, but was basically a pannier design hauled by a locomotive having double vertical steam boilers. Around 1879, Stringfellow devised a similar "one-rail" system for possible use as a "cheap railway".

By the end of the 19th Century, the main protagonists for the monorail where Charles Lartigue and F. B. Behr. Lartigue constructed Palmer monorails in Algeria to transport esparto grass, to replace mules and camels, although the motive power is recorded as 'animal'. He also demonstrated his ideas in Paris (1884), Westminster (1886), Tours (1889), St Petersburg (1894), Long Island (1894) and Brussels (1897). Behr proposed a high speed monorail between Liverpool and Manchester, but construction never started through lack of financial support.

The most famous Lartigue monorail was the Listowel and Ballybunion Railway, in Ireland, which stayed in service from 1888 until 1924.Part of this railway survives as a preserved railway and tourist attraction.

The last Lartigue design was built in 1924 between a magnesium mine at Crystal Hills, about 100 miles north of Los Angeles, and a railhead in Trona, California. This used petrol driven locomotives, and mounted the rail on a set of wooden A frames.

The vehicles referenced above are now little more than historical curiosities. The advantage of the monorail of crossing rough mountainous terrain was relevant to the time of expansion of railway networks over virgin country, and in most cases the conventional railway proved the more appropriate solution, except for a few niches. Monorail tracks were rarely longer than 60 miles, and usually considerably shorter. The motor road vehicle finally displaced the monorail from its few niche applications.

Wheel on steel characterised monorails of this early era, just as it does conventional railways, although some bicycle railways could react against the stabilizing rail to increase adhesion, improving acceleration, braking and hill climbing.

By 1910 conventional railways discovered the hunting oscillation, which appeared to impose an upper bound on performance, indicating that a monorail solution would be required, if speeds were to be increased significantly. The problem was analysed theoretically by 1928, but actual remedial measures were not introduced into suspension design until the 1960s. However, wheel profiles which yield high hunting speeds tend to require straight and level track, with radii of curvature of about 7 km. Existing track, built to accommodate steam trains, is not adequate, and new routes are required. The principal argument in favour of the conventional railway, i.e. its compatibility with existing infrastructure, ceases to be valid. The economic argument in favour of building new routes, when most railways only survive through public subsidy, is weak to say the least.

The time since the Second World War has been characterised by a massive expansion of road and air transport at the expense of rail. Under such circumstances, it should not be surprising that marginal rail projects, such as monorails, would be the first to be abandoned.

However, it is the development of automotive technology which has given rise to a new class of monorail which owes little to the work of Palmer and Lartigue. These vehicles are suspended from or straddle concrete beams, and use pneumatic tyres to improve adhesion and reduce noise compared with wheel on steel. They have more in common with guided buses than conventional railways. The beam is less obtrusive than an overhead roadway or railway, and the modern designs may have a niche in dealing with right of way problems in congested city centres, at lower cost compared with tunneling. 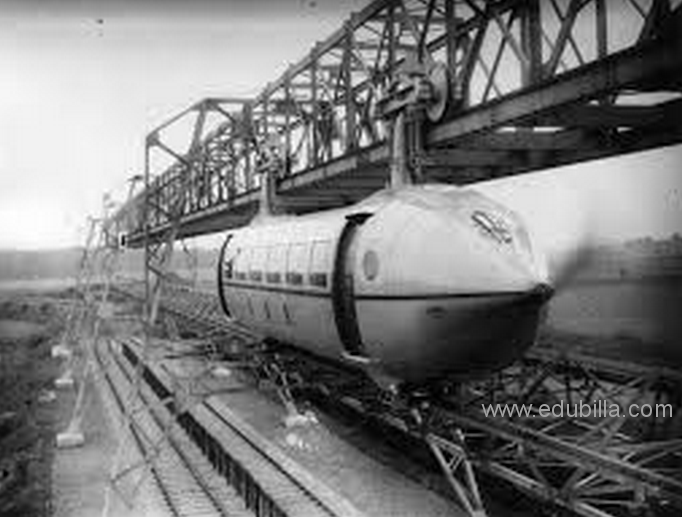 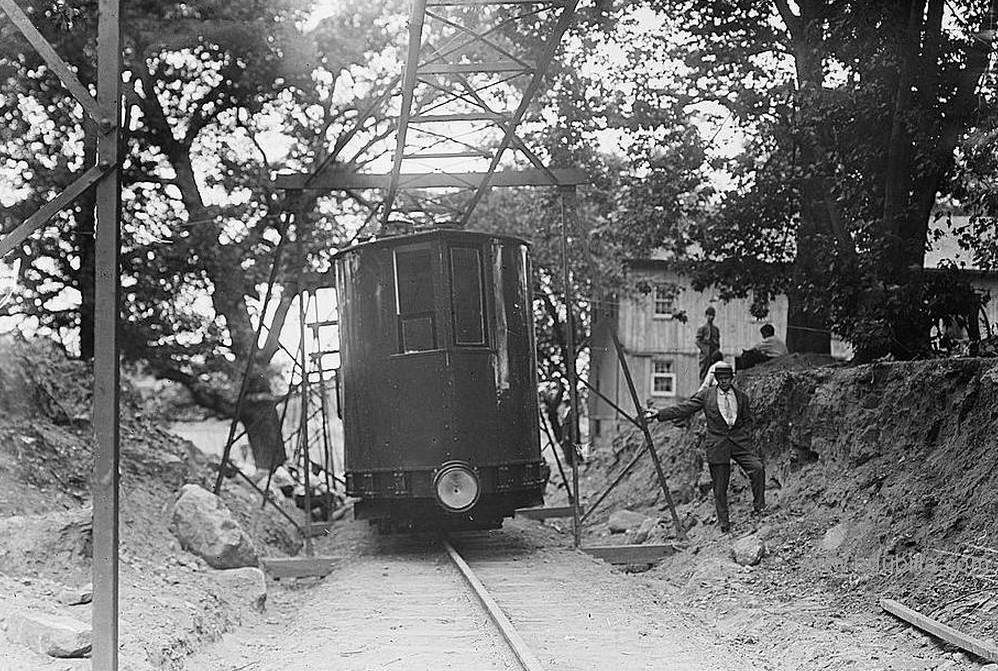