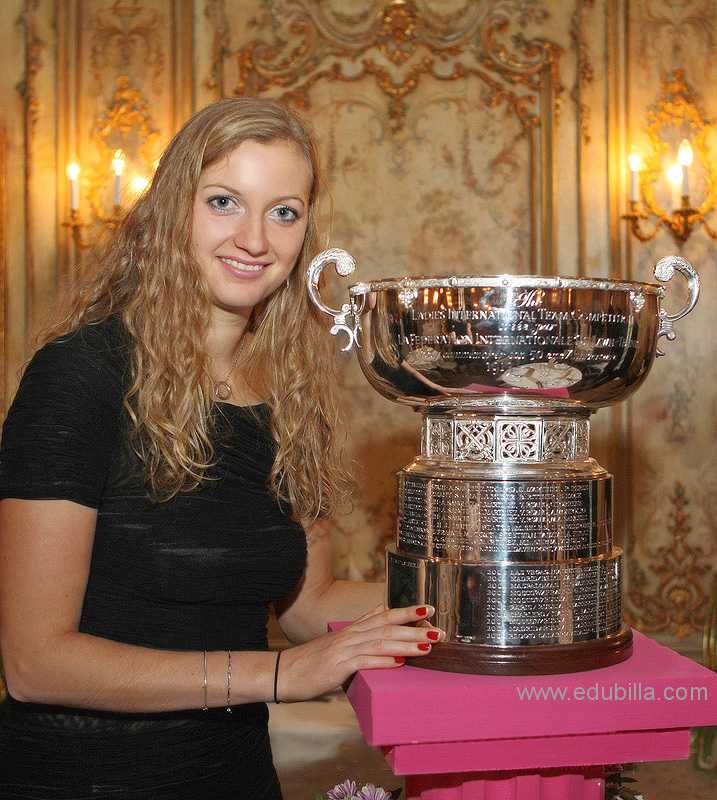 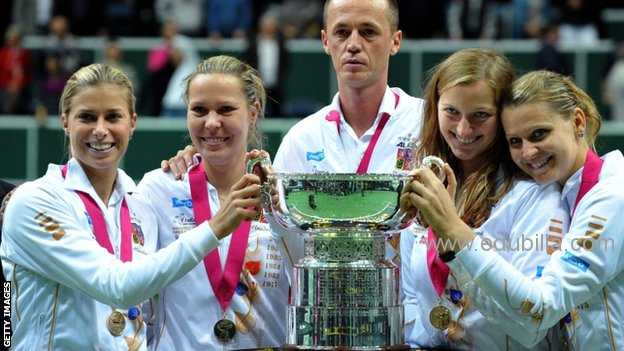 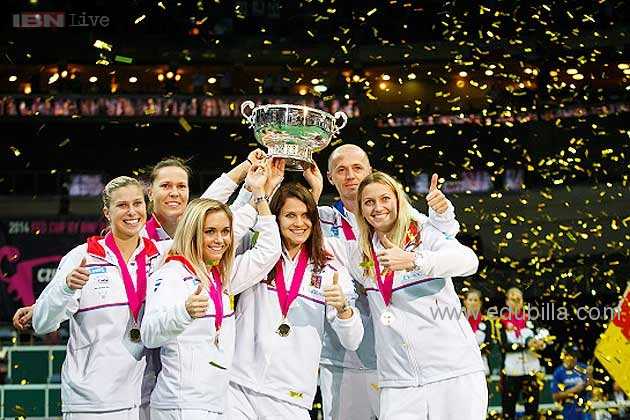 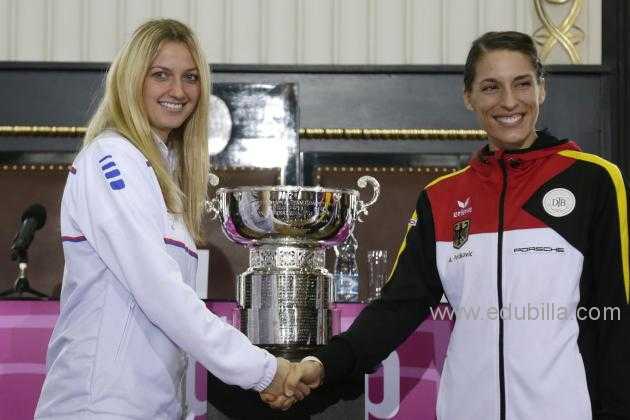 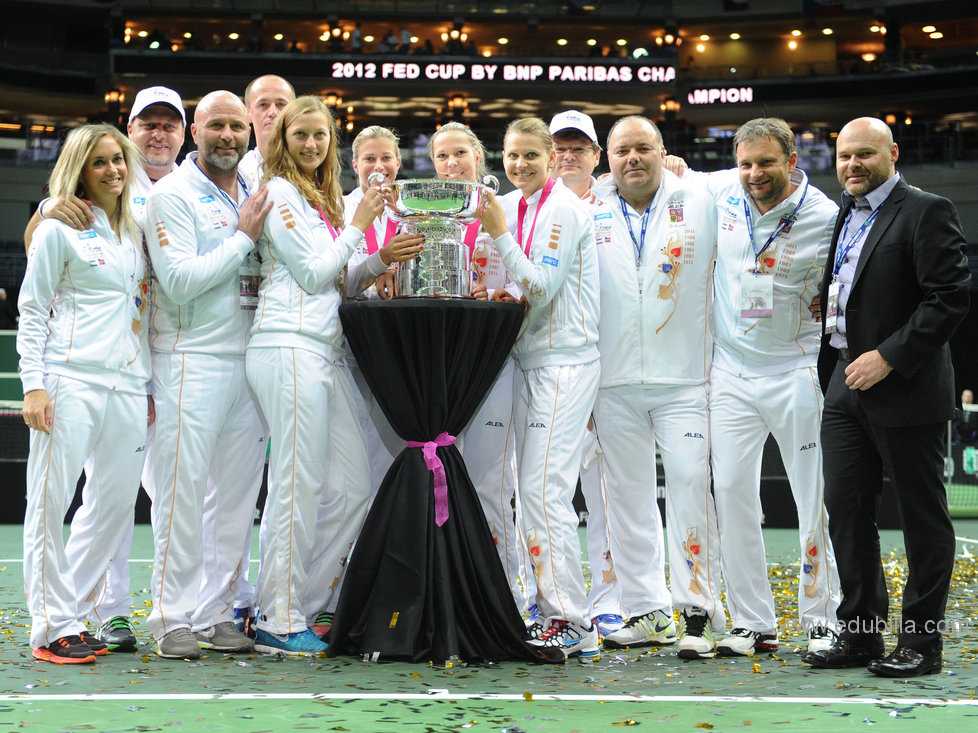 The idea for the event can be traced back to 1919, when Hazel Hotchkiss Wightman came up with the concept for a women's team competition. When this was rejected, she instead presented a trophy in 1923 for an annual contest between the United States and Great Britain, who were at that time the strongest tennis-playing nations, the Wightman Cup. Nell Hopman, wife of the legendary Australian Davis Cup Captain Harry Hopman, later took up Mrs. Wightman's original idea.

In 1962, when a British resident of the United States, Mary Hardwick Hare, presented a dossier proving that support for such an event was overwhelming, the ITF was persuaded that a team championship played over one week in a different venue each year was a 'good idea'. It had taken 40 years for Wightman’s idea of a women’s Davis Cup to become a reality. Finally in 1963, the ITF launched the Federation Cup to celebrate its 35th anniversary. Open to all nations and not just USA and Great Britain, the much awaited competition became a resounding success.

Played over one week in a different venue each year, the inaugural event attracted 16 countries. The competition was supported by the top players right from the start. Held at the Queen's Club, in London, the first contest between Australia and the United States set the tone with Grand Slam champions Darlene Hard, Billie Jean King, Margaret Smith and Lesley Turner all proudly representing their country on court. Although the United States emerged the champion nation in the opening year, it was to be Australia to show early ascendancy by winning seven of the next eleven annual championships. It was not until around 1980 before the United States was able to establish some significant mark on the competition, collecting, in all, a record 17 titles over the years to 2013.

That first Federation Cup had attracted entries from 16 teams, a respectable number considering that there was no prize money and teams had to meet their own expenses. Sponsorship would later enable this number to expand dramatically, first by the Colgate Group in 1976, and, from 1981 to 1994 by the Japanese communications and computer giant NEC. By 1994, 73 nations competed, and the host nation of a Federation Cup week was now required to build a special tennis complex, giving rise to what became known as the Federation Cup "legacy." In addition to the kudos of showcasing the premier international women's team competition, nations viewed their involvement as providing an unprecedented opportunity for their national game to develop.

The rise in entries led to the creation of regional qualifying competitions in 1992 and, subsequently in 1995, the Federation Cup adopted a new format and shortened its name to the Fed Cup. Having seen the great success that the home-and-away format had achieved in Davis Cup, the format for the Fed Cup was changed in 1995 so that women, as well as men, could play for their country in their country. While the format has been adjusted several times since 1995, the current format, introduced in 2005, incorporates an eight Nation World Group I and eight nation World Group II playing both home-and-away over three weekends throughout the year.

The United States Fed Cup team is the most successful national team in Fed Cup competition. The team has won 17 titles and finished second a further 11 times, out of 44 participations.

Martina Navrátilová, one of the Czechoslovak team's greatest players, helped guide the team to victory in 1975. In 1981 she became a US citizen and in later tournaments, notably the 1986 Fed Cup final, she played for the United States against her former nation.

The Australia Fed Cup team represents Australia in international women's tennis and is directed by Tennis Australia. The team played in the first ever tournament in 1963, and is one of four teams that has taken part in every single edition since.

The Australian national team is one of the most successful in world tennis. They are seven-time world champions and have reached a total of seventeen finals, both second highest all-time behind United States.Between 1963 and 1980, the Australian team played in every single final except for three. However, in recent times the Australian team has had a comparative lack of success, only appearing in the World Group five times between 1995 and 2010, and never going beyond the first round.However, the team has experienced a resurgence in recent times, accumulating a 15–6 win–loss record since 2005 and returning to the World Group in 2011 and 2013

The Spain Fed Cup team represents Spain in Fed Cup tennis competition and are governed by the Real Federación Española de Tenis. They currently compete in the World Group.The Captain of the team is 1994 Wimbledon winner Conchita Martinez.

The Russia Fed Cup team represents Russia in Fed Cup tennis competition and are governed by the Russian Tennis Federation. They currently compete in the World Group.

The Italy Fed Cup team represents Italy in international women's tennis and is directed by the Federazione Italiana Tennis. The team played in the first ever tournament in 1963, and is one of four teams that has taken part in every single edition since.

The Italian national team was initially unsuccessful in world tennis, only winning twenty ties in the first two decades of competition never reaching past the quarterfinals since 1999, but in recent times they have became of the most successful teams in the world. They have been a regular member of the ITF rankings World Top Ten since the initiation of the rankings in 2002, and became one of five teams to reach the World No. 1 position in 2009, after they managed to reach all but one final from 2006 to 2010.

The Germany Fed Cup team represents Germany in Fed Cup tennis competition and are governed by Deutscher Tennis Bund. They currently compete in the World Group.

The France Fed Cup team represents France in international women's tennis and is directed by the Fédération Française de Tennis. The team played in the first ever tournament in 1963, and is one of four teams that has taken part in every single edition since.

While the French national team has not been one of the most successful in women's tennis, it has been very consistent over the years. Throughout the first ten years of competition, it never failed to reach the quarterfinals, and continued its good record through the early 1980s, accumulating a 63% win-loss percentage, reaching four semifinals, and winning the consolation rounds in 1982 despite being defeated in the first round of the main draw

The Belgian Fed Cup team, managed by the Belgian Tennis Federation, has been competing in the International Tennis Federation sanctioned Fed Cup since the very beginning: 1963. It has won the competition once, in 2001. Both Kim Clijsters and Justine Henin won their singles matches to seal the first victory for Belgium against Russia in Madrid.

The Slovakia Fed Cup team represents Slovakia in Fed Cup tennis competition and are governed by the Slovak Tennis Association. They currently compete in the World Group.