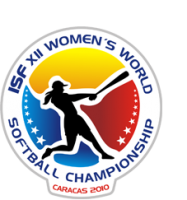 The Women's Softball World Championship is a fastpitch softball tournament for women's national teams held historically every four years, now every two years, by the World Baseball Softball Confederation (WBSC). The tournament, originally known as the ISF Women's World Championship, was sanctioned by the International Softball Federation (ISF) until that body's 2013 merger with the International Baseball Federation to create the WBSC. The number of teams in the tournament began at five in its inaugural event in 1965, went to a high of 28 for the 1994 edition, and now the WBSC Code legislates that the maximum number of teams that may participate is 16. There are qualifying tournaments that determine which countries will play at the World Championship.

A women's softball world championship predates the ISF's event. A championship was held in Canada between several American and Canadian teams in 1952 and 1953.Australia had also hosted an international tournament that predated the first Women's World Championship.

1970-In 1970, ten countries participated. The Japanese won competition after having twelve consecutive wins and beating the Americans 3-0 in a final game spectated by 30,000 people.

1974-In 1974, the Americans knocked out the Australians during the semi-finals, when they beat them by a score of 6-0.

1982-Chinese Taipei's leadership discussed inviting China to compete at the 1982 competition which was the country was hosting. Ching-khou and Wang Shen supported mainland China's participation in the event and an invitation was issued but the Chinese government elected to not send a team.

1990-The 1990 edition was the seventh to be held, with six different countries having played hosts to the competition.Teams that competed in 1990 included the USA, New Zealand, China, Australia, Chinese Taipei, Japan, Canada, Italy, Netherlands, Cuba, Puerto Rico, Philippines, Bahamas, Netherlands Antilles, Mexico, Aruba, Bermuda, Indonesia, Argentina, and Zimbabwe.The United States took home gold, New Zealand silver and China bronze.The Soviet Union had a representative attend the 1990 competition and promise that a Soviet side would be competing at the next championships.

2006-The 2006 edition was very important as the Championships were used for Olympic qualifying, with the top four finishers going to the Olympic Games. In 2006, the fourth-place finishers automatically qualified to the Games because China was the Olympic Games based on that. Thus, there was a battle for fifth place between Canada and Italy for Olympic qualifications. In the match for fifth, Canada won 3-0 and earned their fourth consecutive trip to the Olympics.

2012-Teams that will be competing at the 2012 edition include Australia, Canada and Japan who will play in the same pool. The competition was scheduled to act as a replacement for the Olympics.