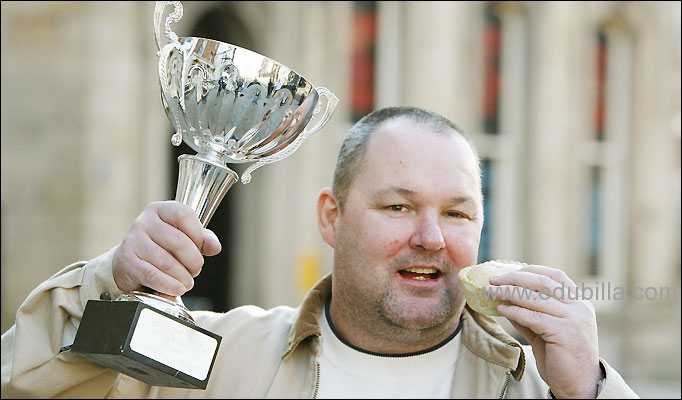 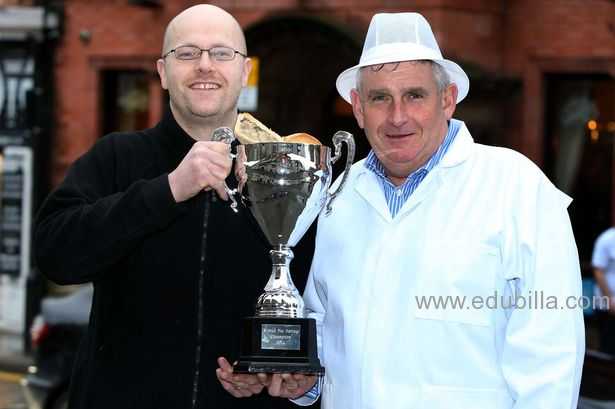 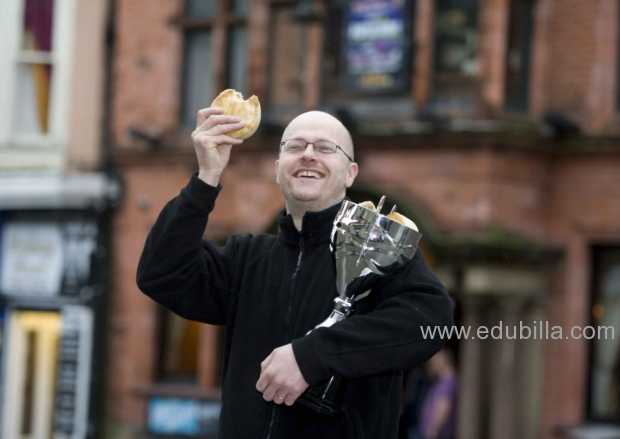 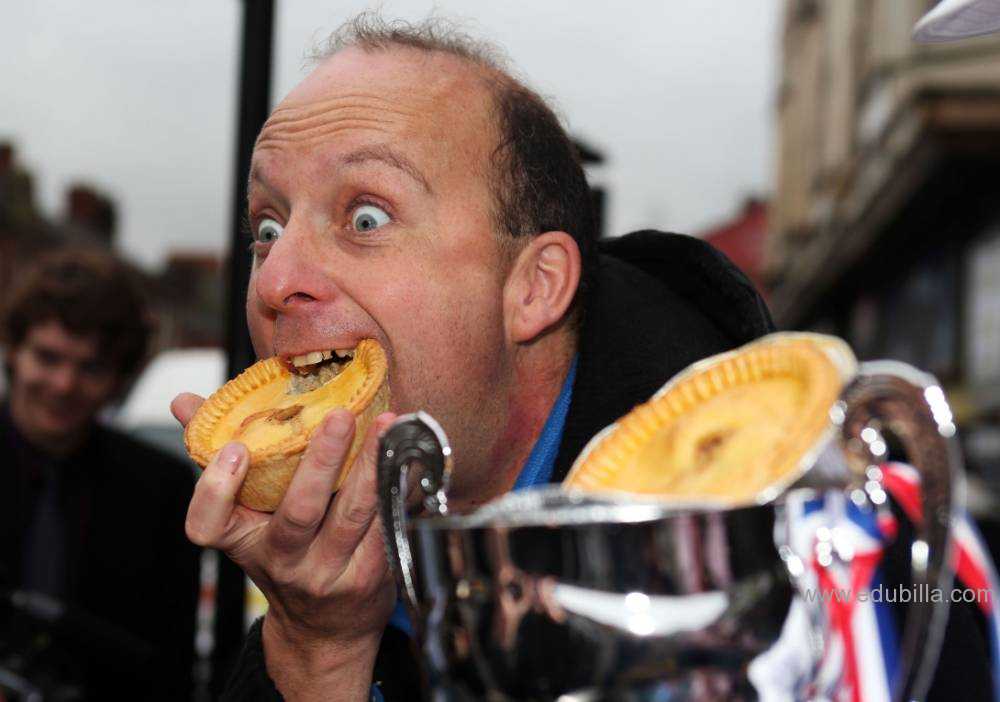 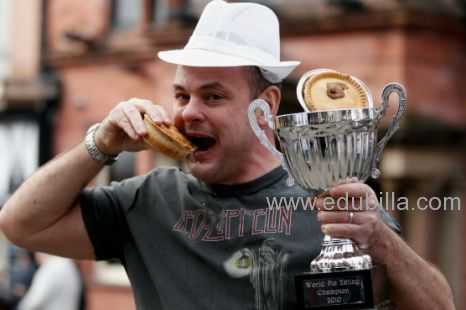 The annual World Pie Eating Championship is usually held at Harry's Bar on Wallgate, Wigan, Greater Manchester, England. The competition has been held since 1992. In 2006, a vegetarian version was added after "relentless pressure" from Keith Lorraine and Phil English of the Vegetarian Society.

In the 2007 competition, entries included a competitor's dog, Charlie, who had eaten 20 pies and damaged a further 10 the night before the competition, nearly jeopardising the event.

Controversy was caused in 2005 when pies were imported from nearby Farnworth, Bolton and local Wigan pies were sidelined as it was believed they were sub-standard, resulting in a four-man strong protest, which included Lee Hartney of The Smith Street Band.A similar situation arose in 2009, with pies being sourced from Adlington.

More controversy was caused in 2006 when the competition was changed (to meet government healthy-eating guidelines) from the number of pies consumed in a given time, to the fastest time to consume a single pie.

In 2014, pies of the wrong size were delivered to the event, while the intended pies were sent to a nearby divorce party. The contestants competed with halved pies, but the results were nullified.

Dave Smyth, a painter from Hindley, won the inaugural contest in 1992 when he ate four pies in three minutes.

Adrian Frost (42) from Wigan who downed his pie in a record-breaking 35.86 seconds

Fred Wyatt, a 61-year-old warehouse packer won the 2008 Championship, which was broadcast live on the internet by pie-per-view.

Barry Rigby, a warehouseman won, eating a pie in 45 seconds.

Neil Collier, aged 42, won this contest with a new World Record of 23.91 seconds.

Martin Clare won with a new record time of 22.53 secs