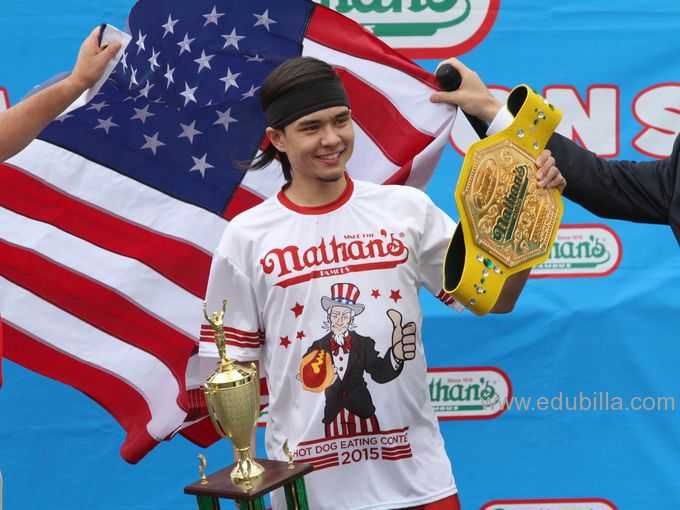 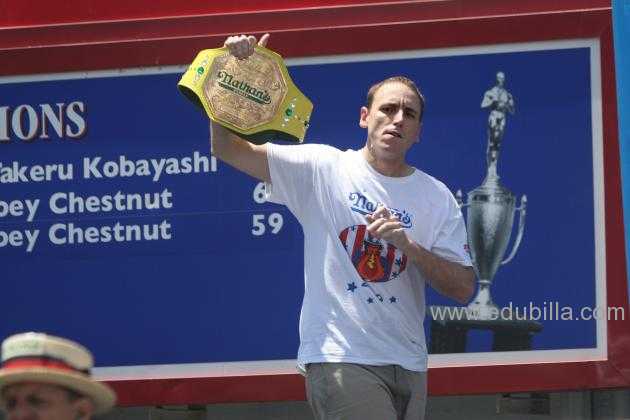 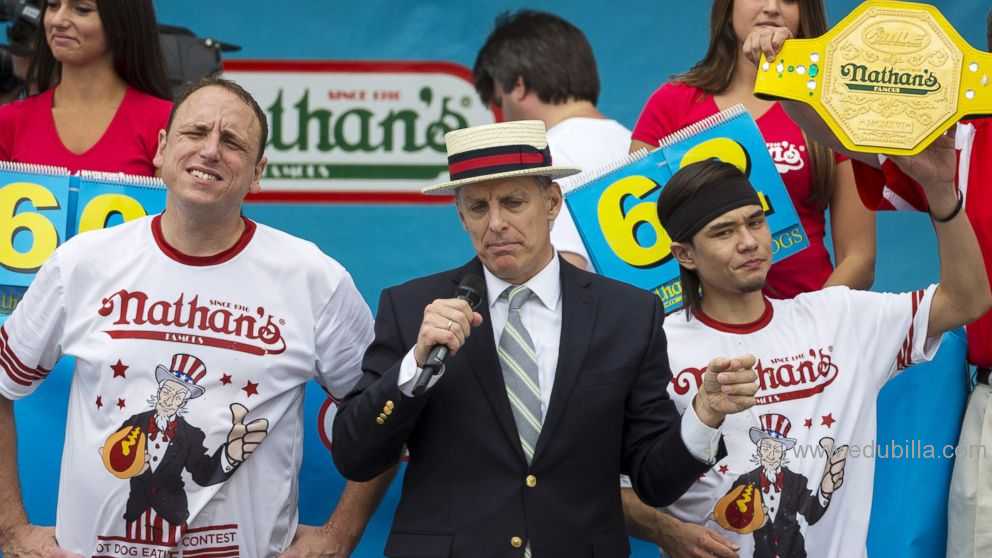 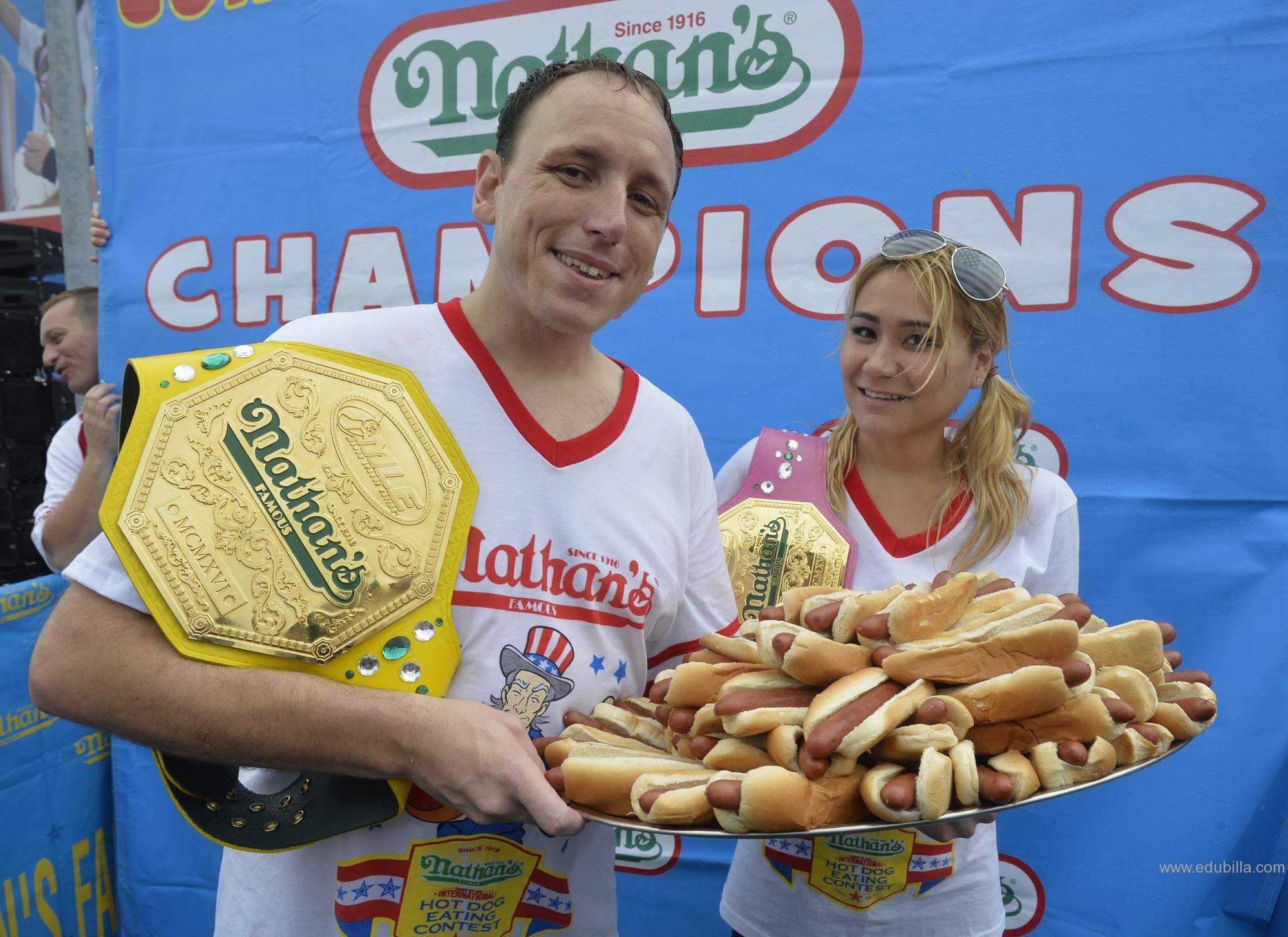 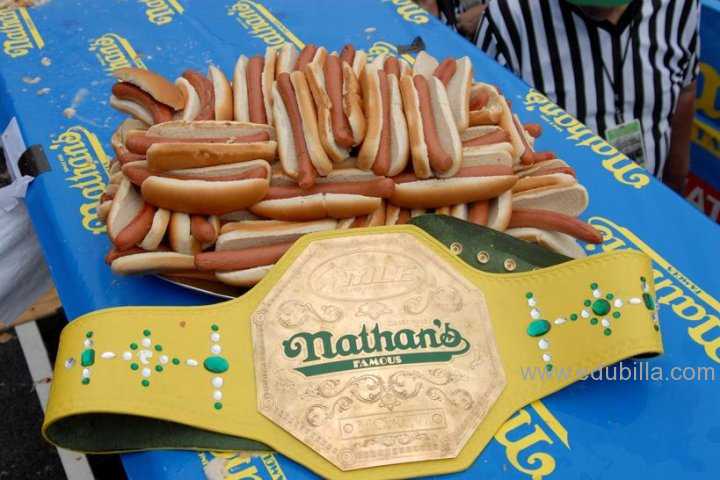 The Nathan's Hot Dog Eating Contest is an annual American hot dog competitive eating competition. It is held each year on Independence Day at Nathan's Famous Corporation's original, and best-known restaurant at the corner of Surf and Stillwell Avenues in Coney Island, a neighborhood of Brooklyn, New York City.

The contest has gained public attention in recent years due to the stardom of Takeru Kobayashi and Joey Chestnut. The current champion is Matt Stonie.

The winner of the men's competition is given possession of the coveted international "bejeweled" mustard-yellow belt. The belt is of "unknown age and value" according to IFOCE co-founder George Shea and rests in the country of its owner. In 2011, Sonya Thomas won the inaugural women's competition and its "bejeweled" pink belt.

News sources typically use puns in head-lines and copy referring to the contest, such as "'Tsunami' is eating contest's top dog again," "couldn't cut the mustard" (A.P.), "Nathan's King ready, with relish" (Daily News) and "To be frank, Fridge faces a real hot-dog consumer" (ESPN).

Reporter Gersh Kuntzman of the New York Post has been covering the event since the early 1990s and has been a judge at the competition since 2000. Darren Rovell, formerly of ESPN, has competed in a qualifier.