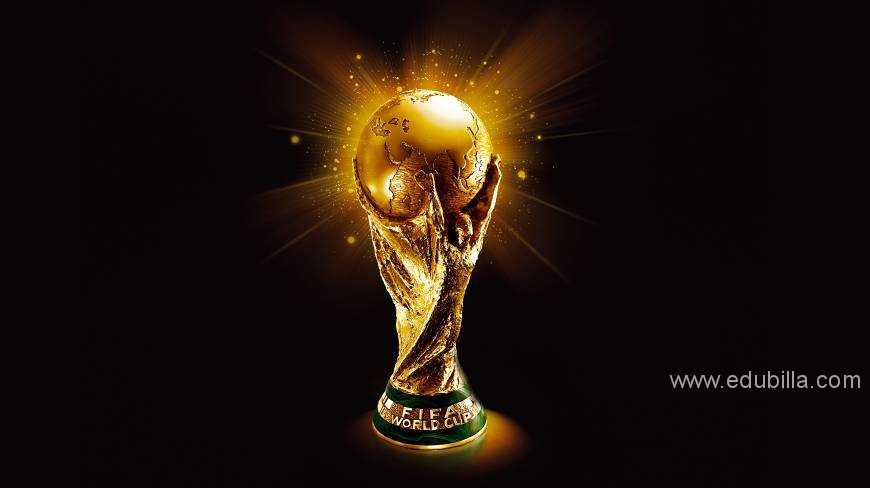 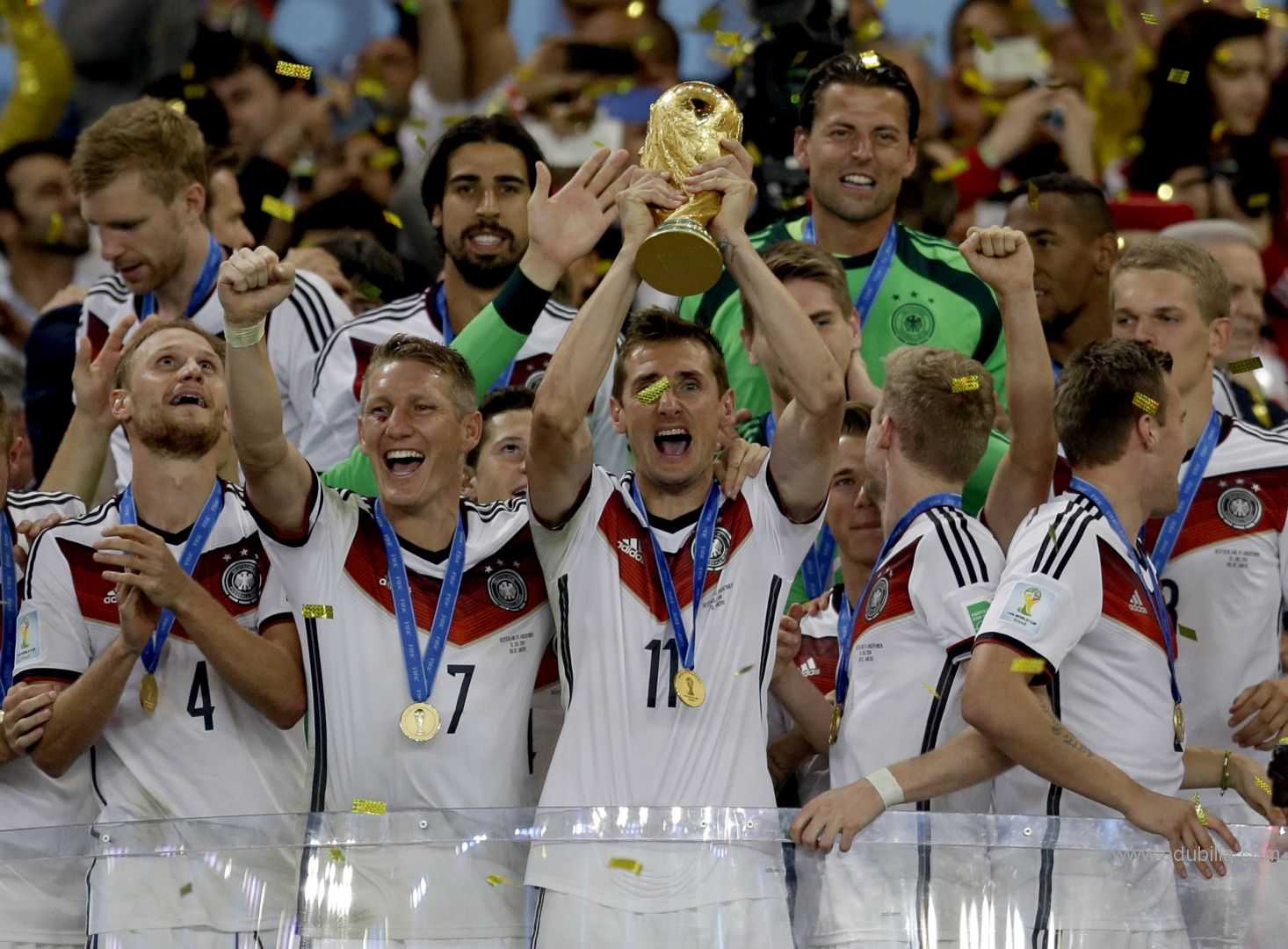 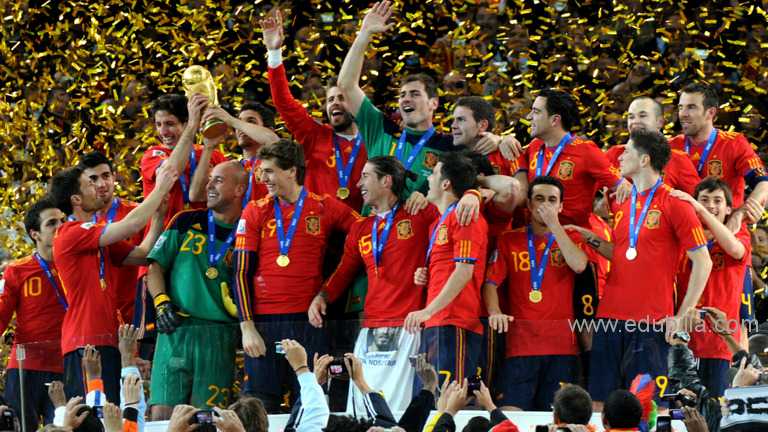 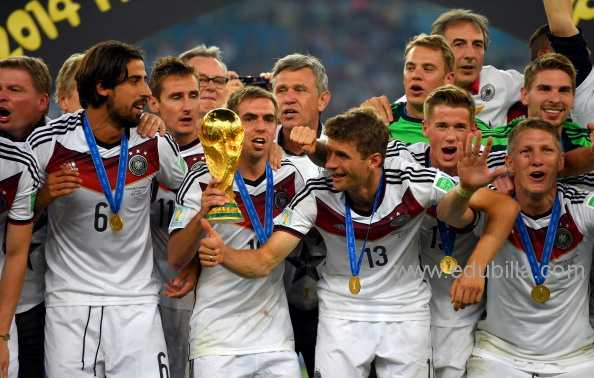 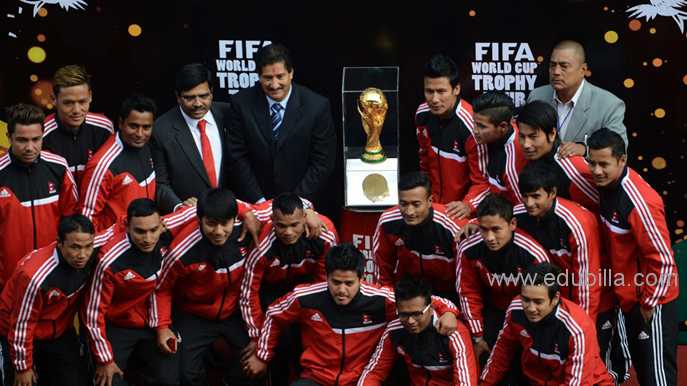 The first trophy, originally named Victory, but later renamed in honour of former FIFA president Jules Rimet, was made of gold plated sterling silver and lapis lazuli and depicted Nike, the Greek goddess of victory. Brazil won the trophy outright in 1970, prompting the commissioning of a replacement. The Jules Rimet Trophy was stolen in 1983 and never recovered.

The subsequent trophy, called the "FIFA World Cup Trophy", was introduced in 1974. Made of 18 karat gold with a malachite base, it stands 36.8 centimeters high and weighs 6.1 kilograms.The trophy was made by Stabilimento Artistico Bertoni company in Italy. It depicts two human figures holding up the Earth. The current holder of the trophy is Germany, winner of the 2014 World Cup.

Germany is one of the most successful national teams in international competitions, having won a total of four World Cups (1954, 1974, 1990, 2014) and three European Championships (1972, 1980, 1996).They have also been runners-up three times in the European Championships, four times in the World Cup, and have won a further four third places.East Germany won Olympic Gold in 1976.Germany is the only nation to have won both the men's and women's World Cups. At the end of the 2014 FIFA World Cup, Germany earned the highest Elo rating of any national football team in history, with a record 2200 points.Germany is also the only European nation that has won the FIFA World Cup in South America. The current head coach of the national team is Joachim Low.

Spain are one of eight national teams to have been crowned FIFA World Cup champions, having won the 2010 tournament in South Africa, defeating the Netherlands 1-0 to become the first European team to win the title outside of Europe. They are currently the reigning European champions, having won back to back titles in Euro 2008 and Euro 2012, defeating Germany and Italy in the respective finals. These three successive titles make them the only national team so far with three consecutive wins of either the applicable continental championship or the World Cup. From 2008 to 2013 (6 years) the national team won FIFA Team Of The Year, the second-most of any nation, behind only Brazil. Between November 2006 and June 2009 Spain went undefeated for a record-equalling 35 consecutive matches before their loss to the United States, a record shared with Brazil. The team's achievements have led many commentators, experts and former players to consider the 2010 and 2012 Spanish sides among the best ever international sides in world football.

The Italian national football team (Italian: Nazionale italiana di calcio) represents Italy in association football and is controlled by the Italian Football Federation (FIGC), the governing body for football in Italy. Italy is one of the most successful national teams in the history of the World Cup, having won 4 titles (1934, 1938, 1982, 2006) and appearing in two finals (1970, 1994), reaching a third place (1990) and a fourth place (1978). They have also won a European championship (1968), as well as appearing in two other finals (2000, 2012), one Olympic football tournament (1936) and two Central European International Cups. Italy's highest finish at the Confederations Cup was in 2013, when the squad achieved a third place finish.

The national football team is known as Gli Azzurri from the traditional color of Italian national teams and athletes representing Italy. In its first two matches, the Italian national team wore white shirts with shorts from the club of each player; the azure shirts were introduced in the third match; (azzurro, in Italian) comes from the "Azzurro Savoia" (Savoy Blue), the colour traditionally linked to the royal dynasty which unified Italy in 1861, and maintained in the official standard of the Italian President.