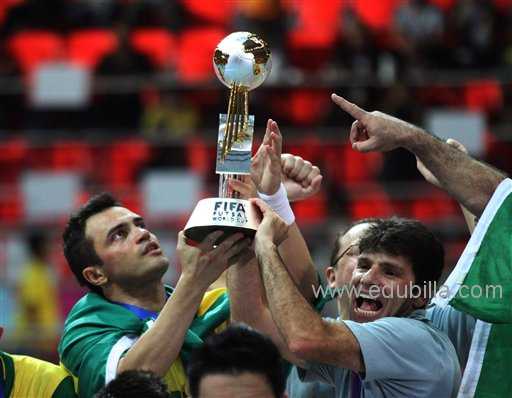 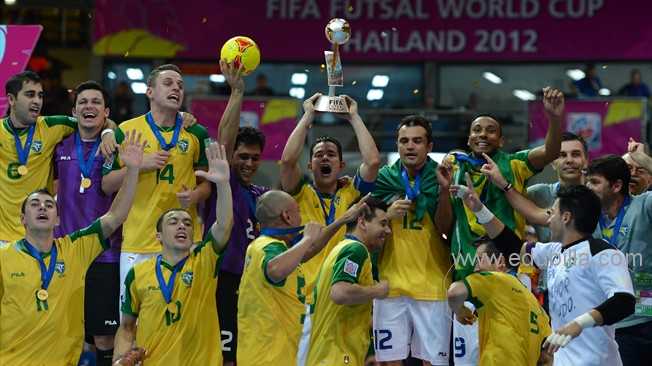 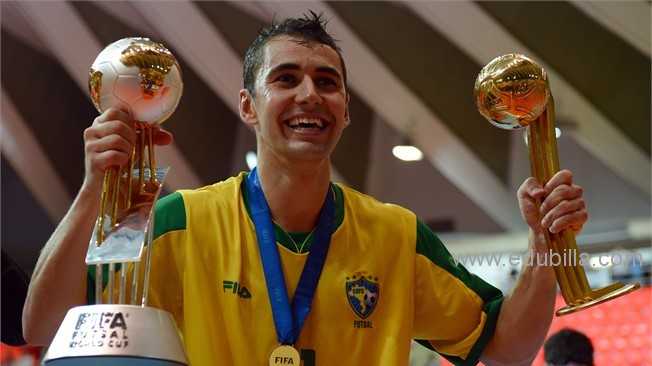 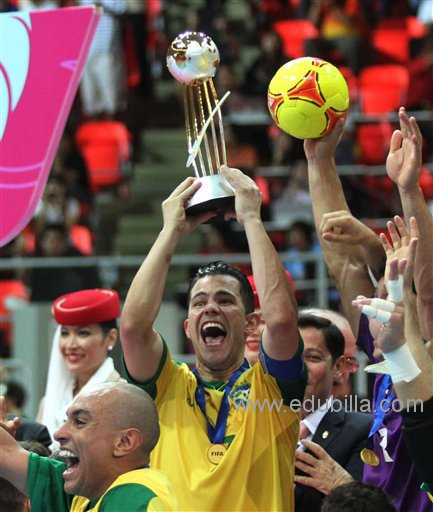 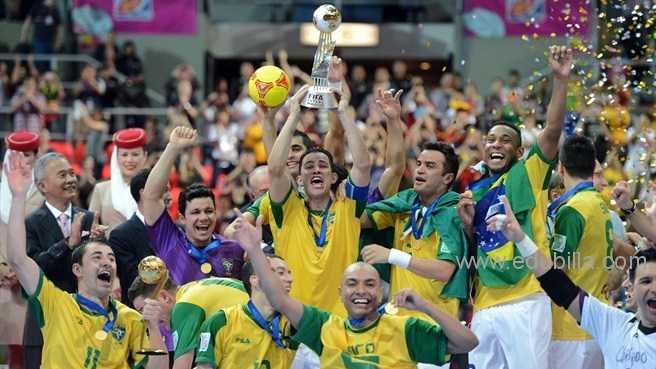 The design is directly inspired by the game itself. It involves two teams of five players – represented by the gold and silver bars – who come together on the uniquely shaped Futsal pitch. The curves of the individual bars make reference to the dynamic and controlled passing of a football required on the smaller field of play.The curved bars support a globe in the shape of a football – a consistent feature amongst almost all of FIFA’s event trophies.

The Brazil national futsal team represents Brazil during international futsal competitions. It is under the direction of the Brazilian Futsal Confederation or Confederação Brasileira de Futebol de Salão. The team is considered to be the strongest in the world earning a record three straight championships in the FIFA Futsal World Cup. Brazil also holds a record twelve championship wins in the South American Futsal Championship also known as the Copa America – FIFA Futsal and five wins in the Taça América de Futsal. As of December 2013 Brazil is ranked second in the Futsal World Ranking. Brazil has played in all FIFA Futsal World cups and has finished in the top three places in all six tournaments.

The Spain national futsal team represents Spain in international futsal competitions and is controlled by the Royal Spanish Football Federation. It is one of the strongest teams in the World, six times champions in the UEFA Futsal Championship, and the two times consecutive champions of the Futsal World Championship.