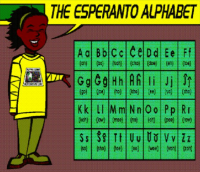 Esperanto is a constructed international auxiliary language. It is the most widely spoken constructed language in the world.

Esperanto,  artificial language constructed in 1887 by L.L. Zamenhof, a Polish oculist, and intended for use as an international second language. Zamenhof’s Fundamento de Esperanto, published in 1905, lays down the basic principles of the language’s structure and formation.

Esperanto is relatively simple for Europeans to learn because its words are derived from roots commonly found in the European languages, particularly in the Romance languages. Orthography is phonetic, all words being spelled as pronounced. Grammar is simple and regular; there are characteristic word endings for nouns, adjectives, and verbs. Nouns have no gender and are marked by the ending -o; the plural is indicated by -oj (pronounced -oy), and the objective (accusative) case by -on, plural ojn: amiko “friend,” amikoj “friends,” amikon “friend (accusative),” amikojn “friends (accusative).” There is only one definite article, la (e.g., la amiko “the friend”), and no indefinite article. Adjectives end in -a (e.g., bona amiko “good friend”) and take plural and objective endings to agree with nouns (e.g., la bonaj amikoj estas tie “the good friends are there,” mi havas bonajn amikojn “I have good friends”). Verbs are all regular and have only one form for each tense or mood; they are not inflected for person or number (mi havas, vi havas, ?i havas, ili havas “I have, you have, she has, they have”). There is an extensive set of suffixes that can be added to word roots to allow various shades of meaning or newly derived forms; compound words are also used.

Esperanto is probably the most successful of the artificial international languages. The number of Esperanto speakers is estimated at more than 100,000. The Universala Esperanto-Asocio (founded 1908) has members in 83 countries, and there are 50 national Esperanto associations and 22 international professional associations that use Esperanto. There is an annual World Esperanto Congress, and more than 100 periodicals are published in the language. More than 30,000 books have been published in Esperanto. 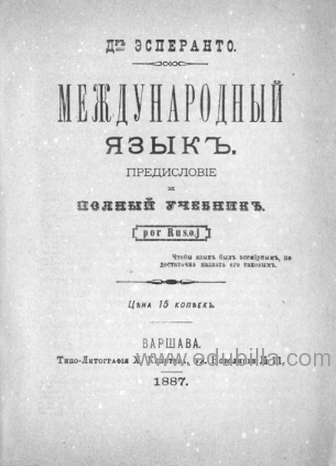