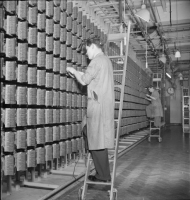 A telephone exchange is a telecommunications system used in the public switched telephone network or in large enterprises. An exchange consists of electronic components and in older systems also human operators that interconnect (switch) telephone subscriber lines or virtual circuits of digital systems to establish telephone calls between subscribers.

In the public telecommunication networks a telephone exchange is located in a central office (CO), typically a building used to house the inside plant equipment of potentially several telephone exchanges, each serving a certain geographical exchange area. Central office locations are often identified in North America as wire centers, designating a facility from which a telephone obtains dial tone.For business and billing purposes, telephony carriers also define rate centers, which in larger cities may be clusters of central offices, to define specified geographical locations for determining distance measurements.

On March 10, 1891, Almon Brown Strowger, an undertaker in Kansas City, Missouri, patented the stepping switch, a device which led to the automation of telephone circuit switching. While there were many extensions and adaptations of this initial patent, the one best known consists of 10 levels or banks, each having 10 contacts arranged in a semicircle. When used with a rotary telephone dial, each pair of digits caused the shaft of the central contact "hand" of the stepping switch to first step (ratchet) up one level for each pulse in the first digit and then to swing horizontally in a contact row with one small rotation for each pulse in the next digit.

Later stepping switches were arranged in banks, the first stage of which was a linefinder. If one of up to a hundred subscriber lines had the receiver lifted "off hook", a linefinder connected the subscriber's line to a free first selector, which returned the subscriber a dial tone to show that it was ready to receive dialed digits. The subscriber's dial pulsed at about 10 pulses per second, although the speed depended on the standard of the particular telephone administration.

Exchanges based on the Strowger switch were eventually challenged by other exchange types and later by crossbar technology. These exchange designs promised faster switching and would accept pulses faster than the Strowger's typical 10 pps—typically about 20 pps. At a later date many also accepted DTMF "touch tones" or other tone signaling systems.

A transitional technology (from pulse to DTMF) had DTMF link finders which converted DTMF to pulse, to feed to older Strowger, panel, or crossbar switches. This technology was used as late as mid-2002. 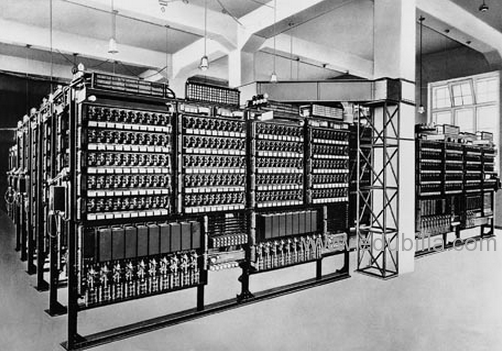 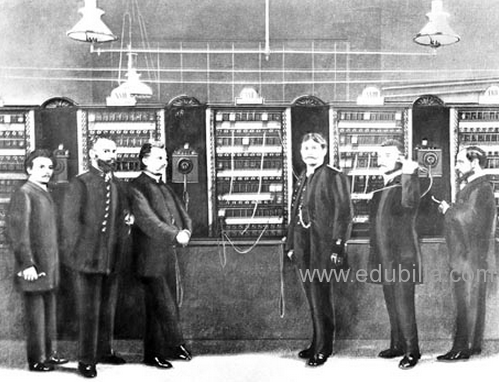