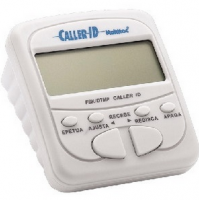 Caller ID (caller identification, CID) is a telephone service, available in analog and digital phone systems and most voice over Internet Protocol (VoIP) applications, that transmits a caller's number to the called party's telephone equipment during the ringing signal, or when the call is being set up but before the call is answered. Where available, caller ID can also provide a name associated with the calling telephone number. This service is called CNAM. The information made available to the called party may be displayed on a telephone's display, on a separately attached device, or personal computer.

In 1968, Theodore George “Ted” Paraskevakos, while working in Athens, Greece as a communications engineer for SITA,began developing a system to automatically identify a telephone caller to a call recipient. After several attempts and experiments, he developed the method in which the caller's number is transmitted to the called receiver's device. This method was the basis for modern-day Caller ID technology.

From 1969 through 1975, Paraskevakos was issued 20 separate patents related to automatic telephone line identification,and since they significantly predated all other similar patents, they appear as prior art in later United States Patents issued to Kazuo Hashimoto and Carolyn A. Doughty.

In 1971, Paraskevakos, working with Boeing in Huntsville, Alabama, constructed and reduced to practice a transmitter and receiver, representing the world's first prototypes of caller-identification devices. They were installed at Peoples' Telephone Company in Leesburg, Alabama and were demonstrated to several telephone companies with great success. These original and historic working models are still in the possession of Paraskevakos.

In the patents related to these devices, Paraskevakos also proposed to send alphanumeric information to the receiving apparatus, such as the caller's name, and also to make feasible banking by telephone. He also proposed to identify the calling telephone by special code (e.g., "PF" for public phone, "HO" for home phone, "OF" for office phone, "PL" for police).

In May 1976, Kazuo Hashimoto, a prolific Japanese inventor with over 1000 patents worldwide,first built a prototype of a caller ID display device that could receive caller ID information. His work on caller ID devices and early prototypes was received in the Smithsonian Institution, National Museum of American History in 2000.U.S. patent 4,242,539, filed originally on May 8, 1976, and a resulting patent re-examined at the patent office by AT&T, was successfully licensed to most of the major telecommunications and computer companies in the world.

The first market trial for Caller ID and other "Custom Local Area Signaling Services" was conducted by BellSouth as one of the "TouchStar" services on July 7, 1984 in Orlando, Florida. The Lines of Business (marketing) department in BellSouth Services named the service "Caller ID". The other Regional Bell Operating Companies later adopted the name and eventually became the generally accepted name in the US. Planning for the trial was initiated by a team in Bell Laboratories, AT&T, and Western Electric before the Bell System divestiture, with the participation of Southern Bell. The purpose of these trials was to assess the revenue potential of services that depend on deployment of the common channel signaling network needed to transmit the calling number between originating and terminating central offices. Trial results were analyzed by Bellcore members of the original team.

In 1987, Bell Atlantic (now Verizon Communications) conducted another market trial in Hudson County, New Jersey, which was followed by limited deployment.BellSouth was the first company to deploy caller ID in December 1988 in Memphis, Tennessee, with a full deployment to its nine-state region over the next four years. Bell Atlantic was the second local telephone company to deploy Caller ID in New Jersey's Hudson County. US West Communications (now CenturyLink) was the third local telephone company to offer caller ID service in 1989. 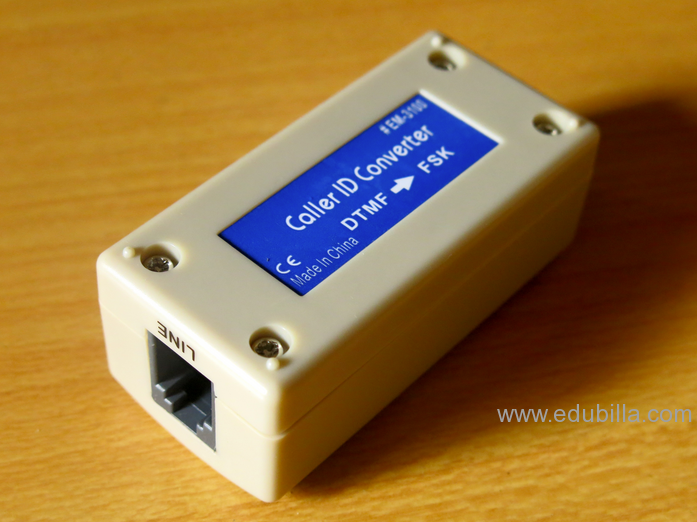 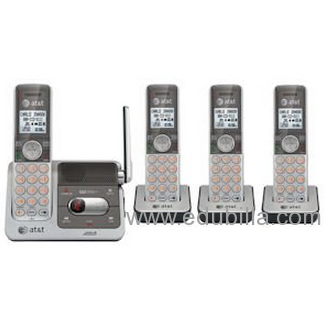