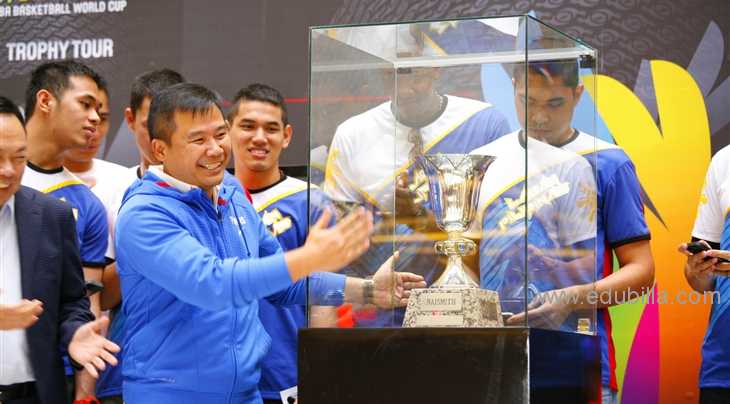 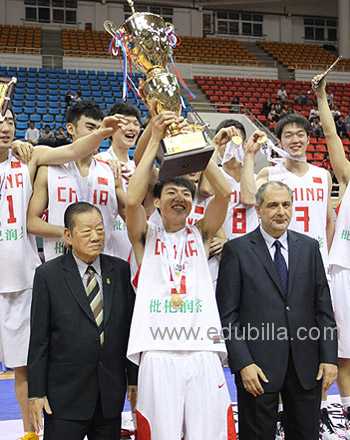 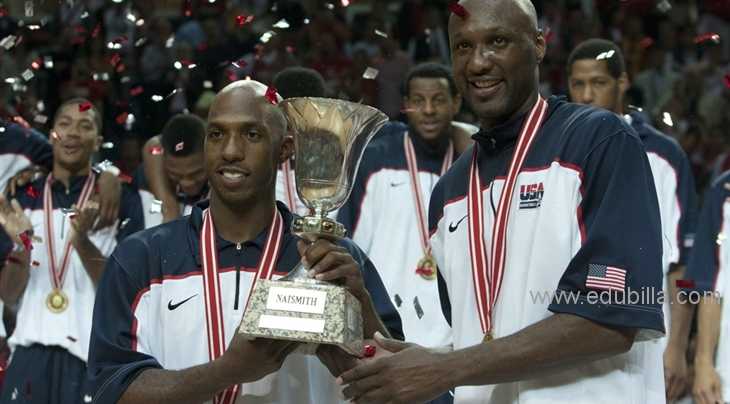 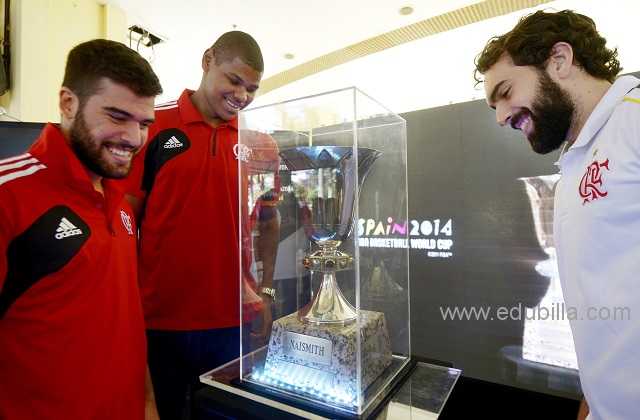 Goldsmith master Günter Schoebel from Bad Kreuznach, Germany, is the man behind the trophy for the FIBA Basketball World Cup. The trophy was presented to the World Champions from Yugoslavia for the first time following the Finals on 9th August 1998 in Athens.

It was way back in the 1950 that the Central Board of FIBA decided to create a special trophy for the FIBA World Championship which was to bear the name of the inventor of basketball, James Naismith. Up until 1964 nothing happened and it was not until 1965 when, thanks to a donation of US$ 1,000, thoughts could be turned to making intention reality. At this point, people still did not know what for the trophy should take.

Dr. H.C. Renato William Jones, long-time Secretary General of FIBA, who died in 1981 at the age of 74, also provided the inspiration for the design of this trophy.

A combination of coincidence and Jones observant eye were to provide the answer. During a trip along the Nile to upper Egypt with Ursula Frank and late FIBA Africa boss Abdel Azim Ashry, he also visited the town of Luxor and the temple in Karnak. At the temple he was very much impressed by on of the lotus columns, with a particularly stylish bud-shaped capital and, after brief reflection, he decided this should be the model for the cup.

The top part of the newly created Naismith Trophy has a lotus flower design and the decagonal rotating middle piece, with carved maps of the continents and precious stones inlaid, symbolizes the 5 continents. Black onyx, yellow citrine, green chyrsopase, red garnet and blue topaz represent all the regions in the world.

The 975/000 sterling silver on the upper and lower parts – gold plated on the inside – and the 14-carat yellow gold middle part make the cup particularly valuable and precious. The base is made of Rosa Porrhino marble and measures 20 x 20 cm. James Naismith’s name is engraved on all four sides in Latin, Arabic, Chinese and in Egyptian hieroglyphics. The top of the cup has a circumference of 21cm and, standing 47cm, the trophy weights a grand 9kg.

The 2010 FIBA World Championship in Turkey will be remembered for thrilling games and the incredible passion of the home fans. Whether they were playing in Ankara or in the knockout stages in Istanbul's Sinan Erdem Dome, the support for Turkey was non-stop and deafening. The fans made a difference to Turkey who, under veteran coach Bogdan Tanjevic, reached the Final before falling to the United States, 81-64. Team USA captured the world title for the first time since 1994.

The United States men's national basketball team won the gold medal at the 2014 FIBA Basketball World Cup held in Spain. Prior to 2014, the event was known as the FIBA World Championship. The 24-team tournament was held from August 30 to September 14, and the victory automatically qualified the U.S. into the 2016 Olympics in Brazil.Kyrie Irving was named the most valuable player (MVP) of the tournament.