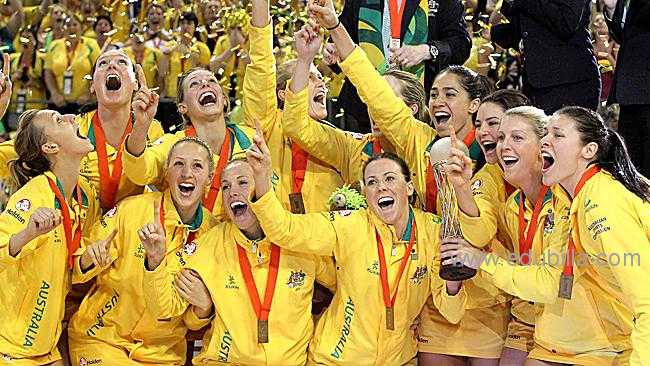 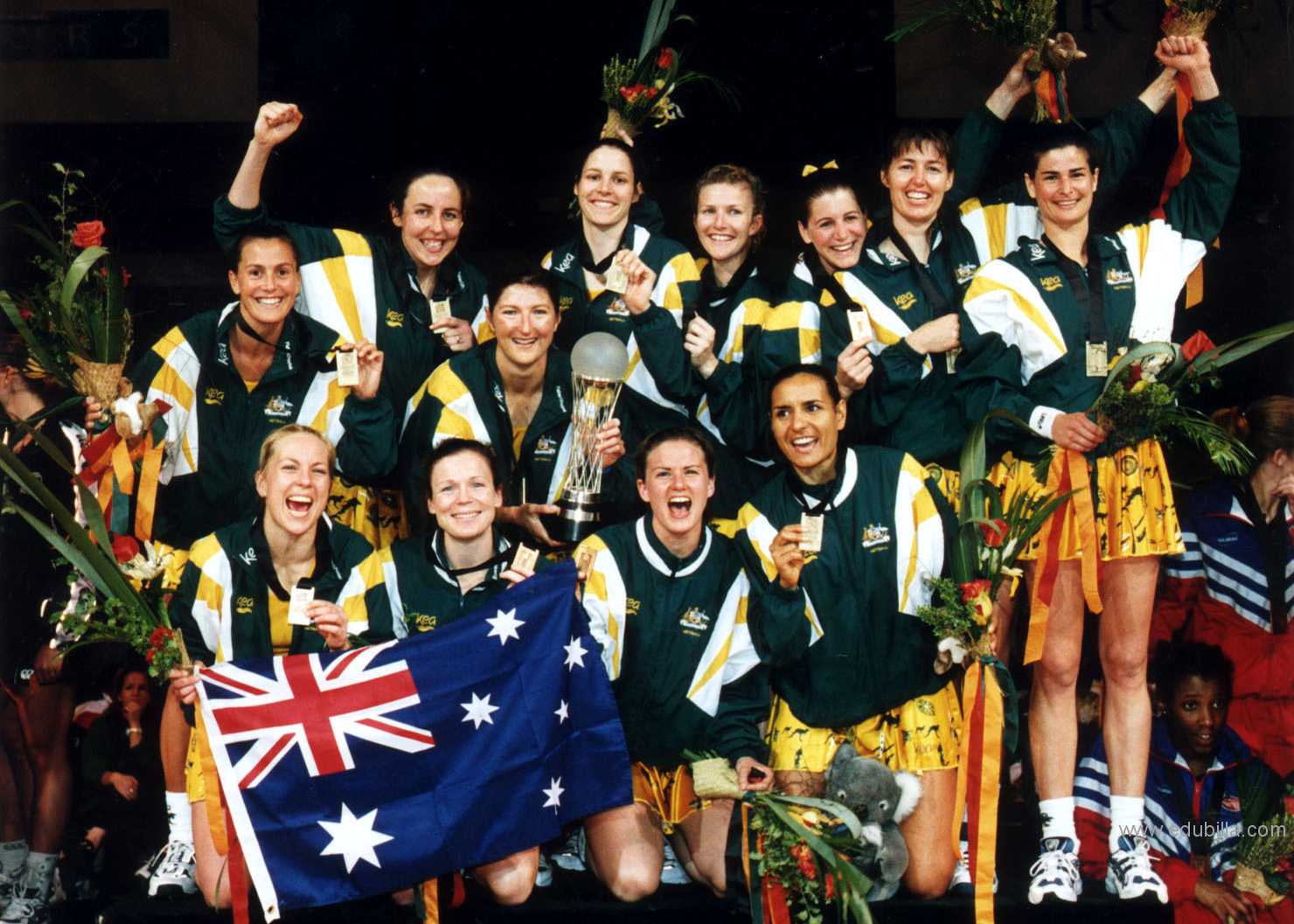 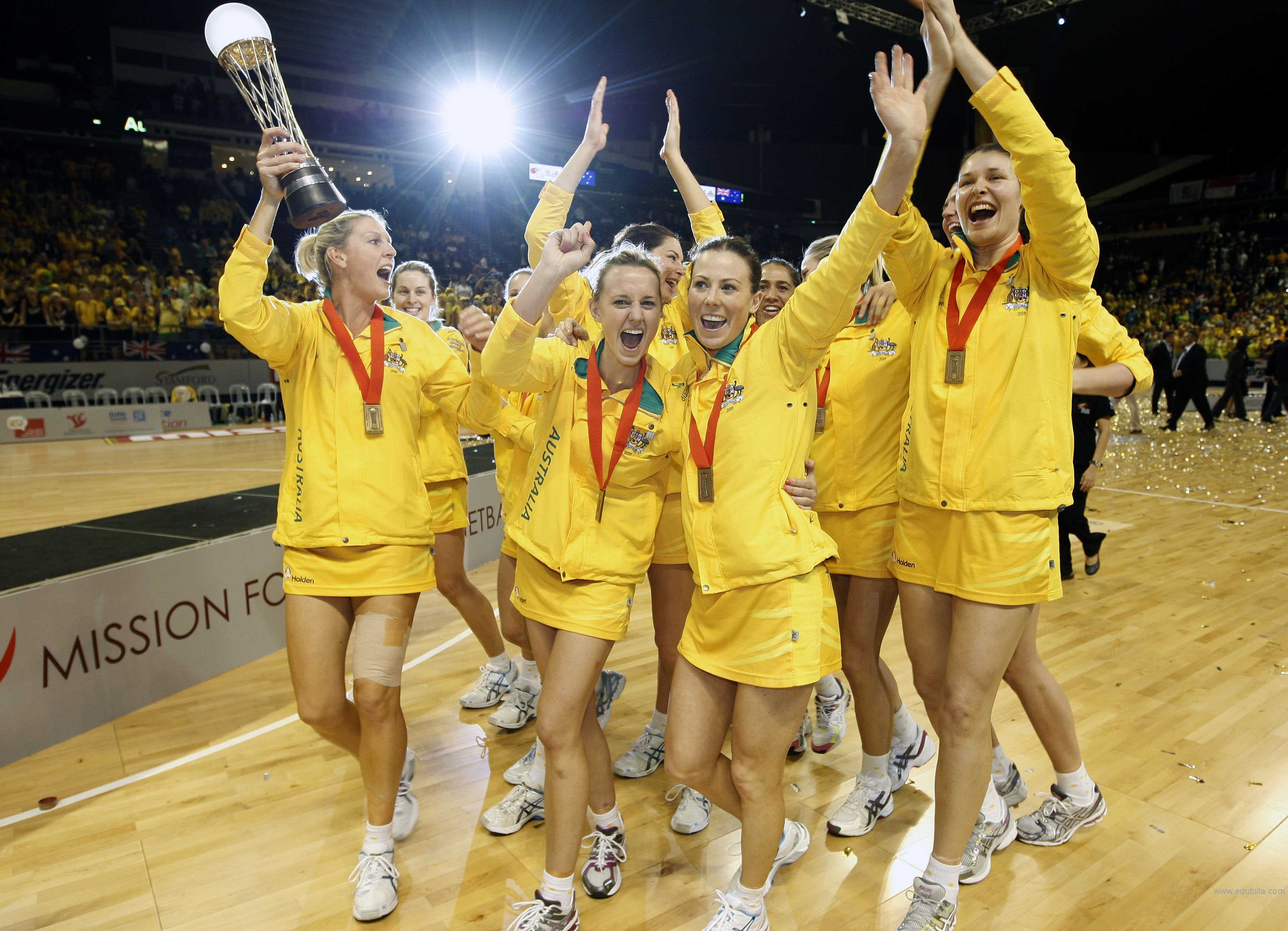 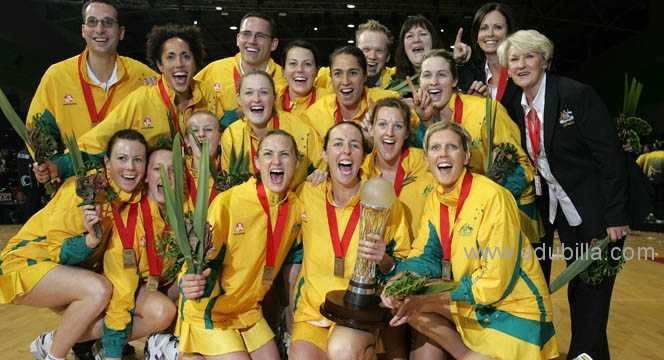 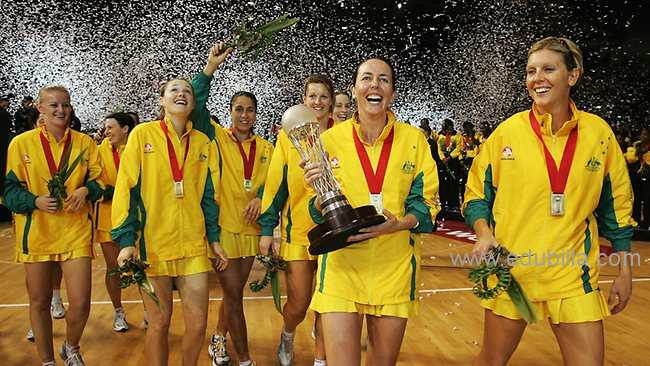 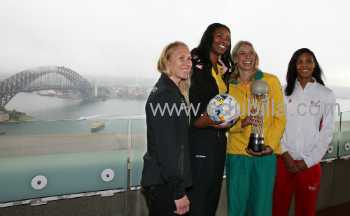 This Trophy has been proudly presented and held aloft by winning team captains five times since its creation in 1995;

First created in 1995, the restoration reflects the rebrand from World Netball Championships, to Netball World Cup – a move to bring the tournament in line with other international sporting events.

Originally created by Birmingham based craftsman Marcus Steel, the trophy was first used when the World Championships was played in the city, the same year. Australia were crowned World Champions that year with their captain Michelle den Dekker the first to hold the trophy aloft. Den Dekker has been followed by four subsequent captains from Australia and New Zealand who have won the exclusive opportunity to raise netball’s pinnacle prize at the conclusion of the final.

The trophy is made in three main sections.  The base consists of ebonized turned Leadwood with two bands of solid silver. The centre section is a lattice of solid silver rods with gold detailing, representing a net. On top sits a globe of etched glass representing the world.

In 1960, representatives from Australia, England, New Zealand, South Africa and the West Indies met to discuss standardising the rules of the sport. This led to the establishment of the International Federation of Women's Basketball and Netball (which later became the International Federation of Netball Associations). Formal rules were established at this inaugural meeting and a decision to hold World Championship tournaments every four years was also made. The first World Netball Championship was held in 1963 and was hosted by England. Since then there have been 12 more tournaments.

The Australia National Netball Team, commonly known as the Australian Netball Diamonds, represent Australia in international netball tests and competitions. The team was formed in 1938 and played in the first international game of netball, against New Zealand. In 2008 the team adopted the nickname "Diamonds" in line with other Australian sporting teams, including the national women's basketball team, the Opals.

Australia have traditionally been regarded as the most successful netball team in international netball: they have won ten of the thirteen World Netball Championships, in addition to being the current world champions and ranked first in the INF World Rankings. The Diamonds compete annually in a home-and-away test series, the Constellation Cup, with perennial rivals New Zealand. Regular test matches are also held with other major netball countries, including England and Jamaica. To date, Australia have won ten World Championships and three Commonwealth Games events.

The Diamonds are administered by Netball Australia, the national governing body for netball in the country. Players are usually selected from Australian ANZ Championship franchises. The team are presently captained by Queensland Firebirds defender Laura Geitz. Lisa Alexander was appointed head coach in August 2011, taking over from Norma Plummer.

The Silver Ferns compete annually for the Constellation Cup a home-and-away test series with Australia, and also play test matches with other major netball countries, including England and Jamaica, on a regular basis. They have competed at every World Netball Championship since its inauguration in 1963, and in every Commonwealth Games since netball's inclusion in 1998. The Silver Ferns have won the World Netball Championships four times (in 1967, 1979, 1987 and 2003); they are also the reigning Commonwealth Games, winning the two most recent titles in 2006 and 2010.