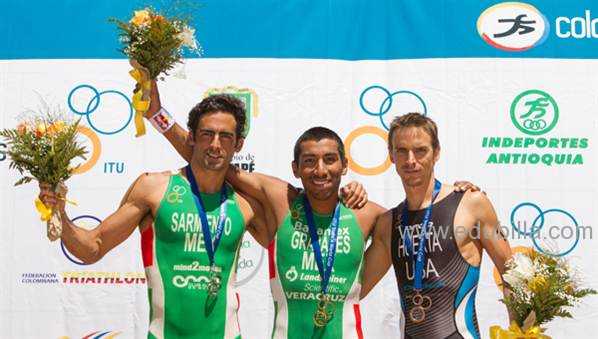 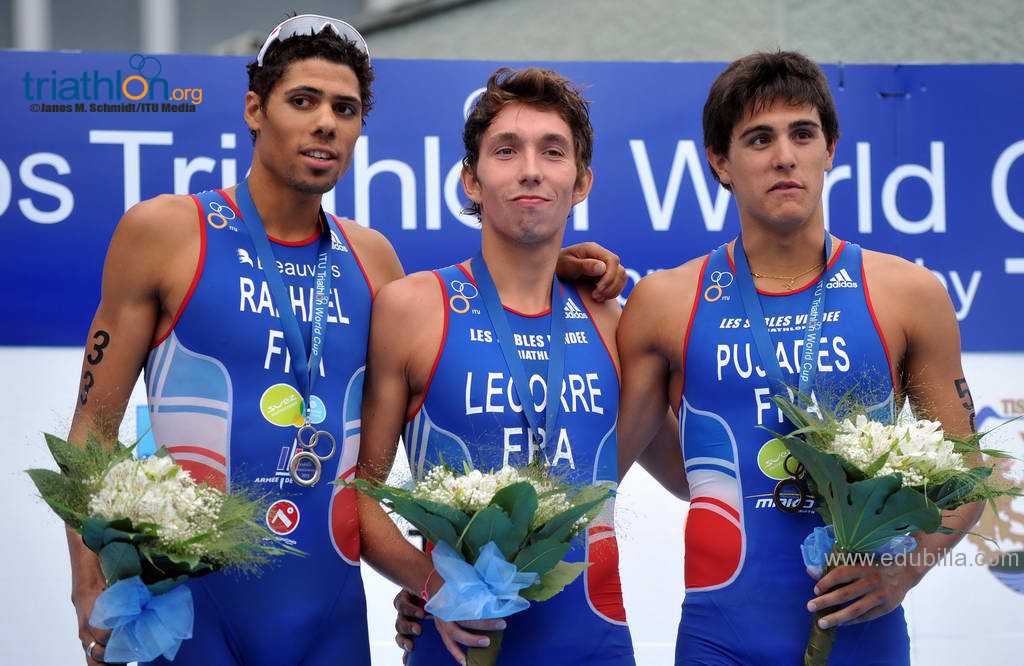 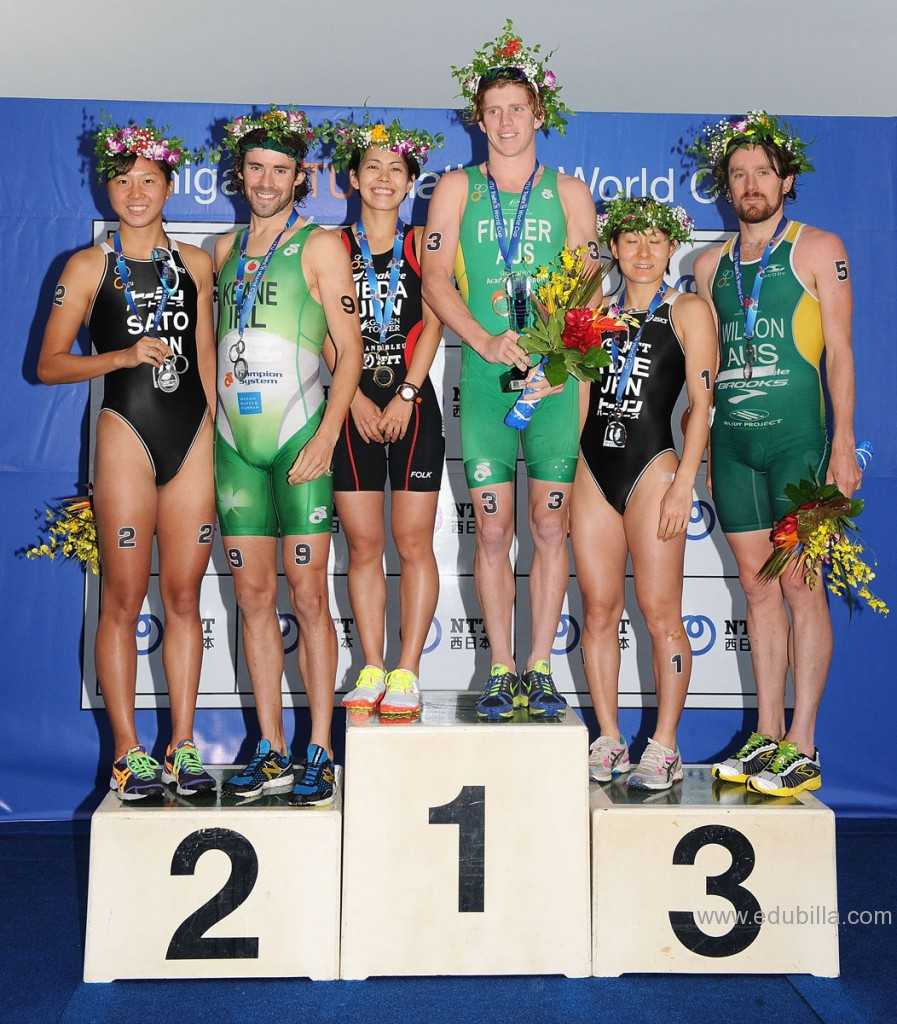 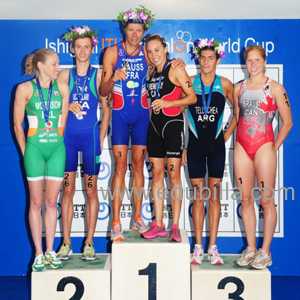 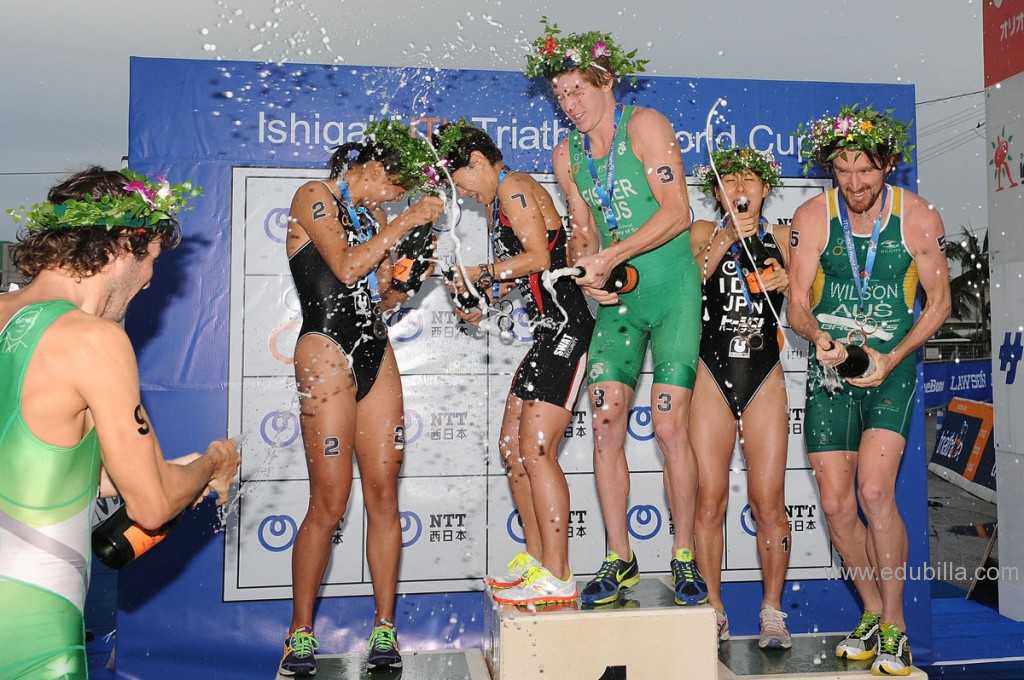 Each World Cup event in the series involves a standard (Olympic) distance triathlon race. The swim begins with a mass start in open water followed by a draft-legal segment on the bike. The race distances are 1500 m swim, 40 km cycle, 10 km run. A total of 300 points are distributed amongst the athletes based on their finish position in each race and contribute to the overall point totals for the ITU Triathlon World Championships.The points achieved at each World Cup event, within the designated time frame leading up to an Olympic Games, also contribute towards the qualification for the Games. A prize fund of USD $100,000 is distributed equally between the men and women at each World Cup leg