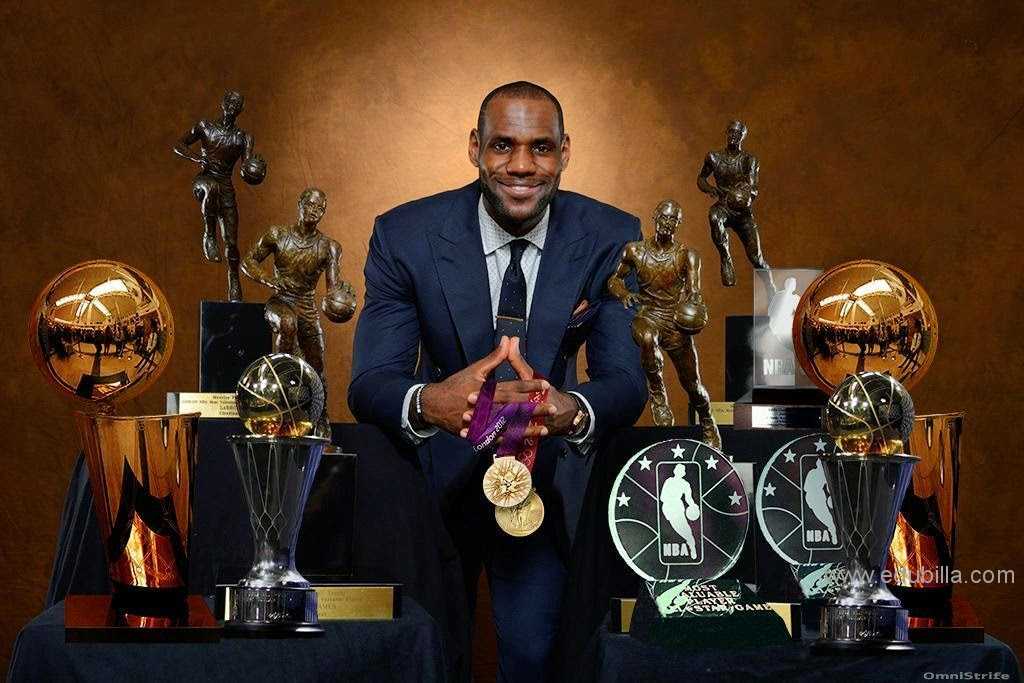 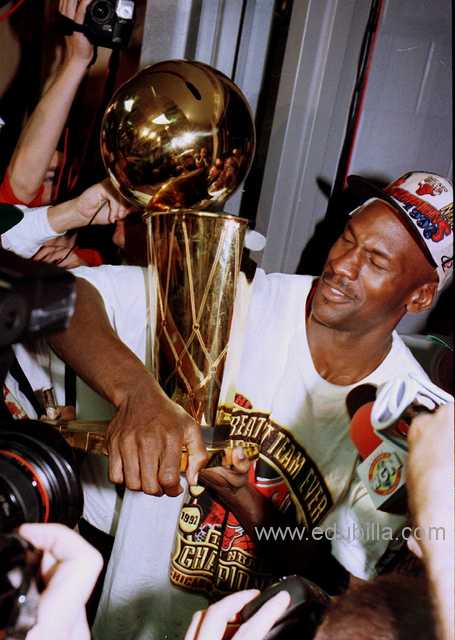 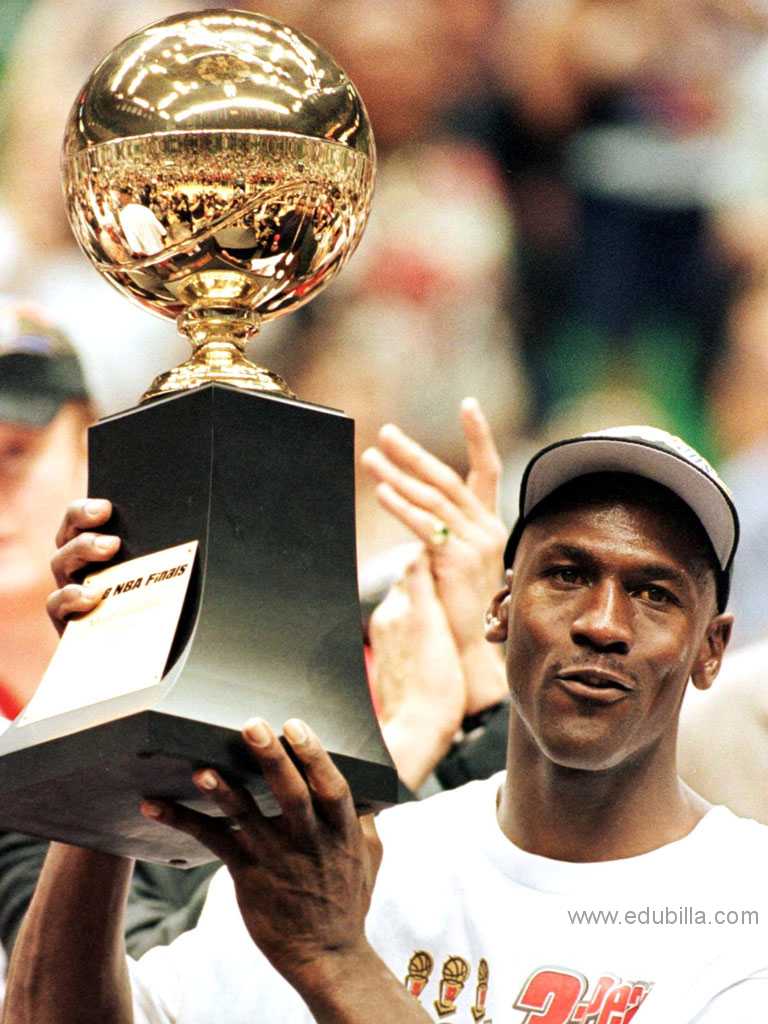 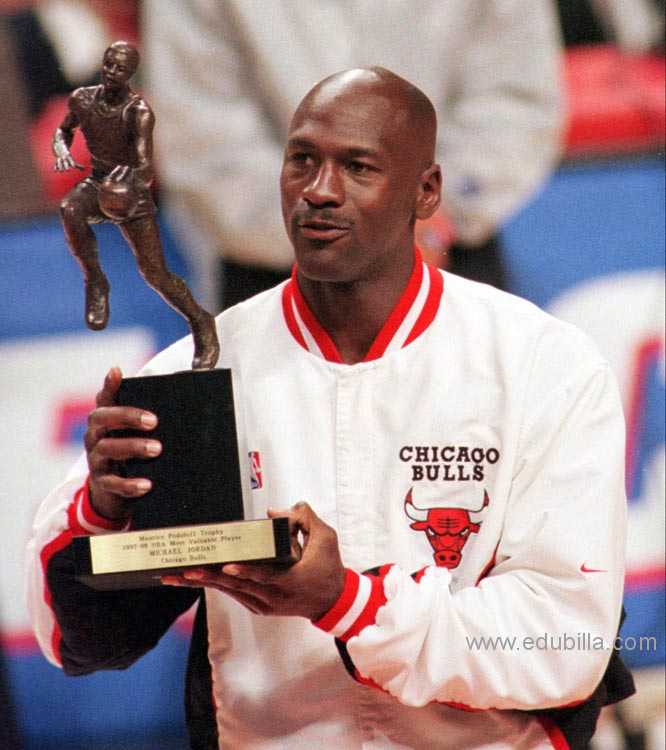 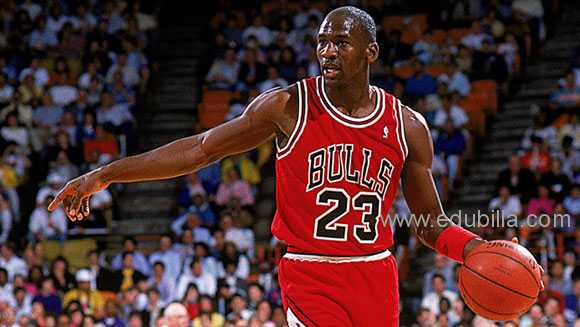 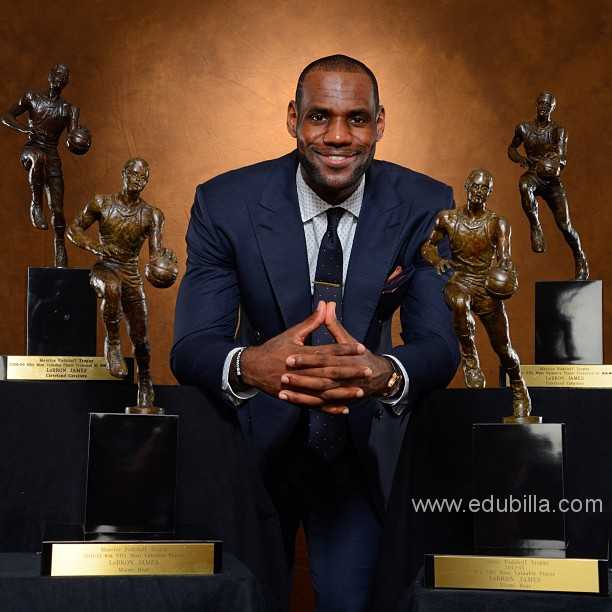 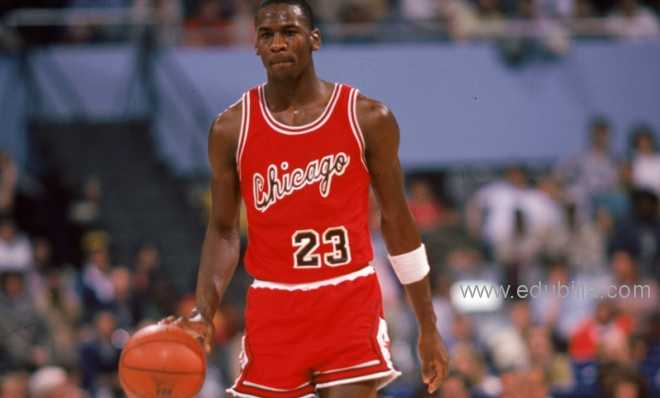 Michael Jeffrey Jordan (born February 17, 1963), also known by his initials, MJ,is an American former professional basketball player, entrepreneur, and principal owner and chairman of the Charlotte Hornets. He played 15 seasons in the National Basketball Association (NBA) for the Chicago Bulls and Washington Wizards. His biography on the NBA website states: "By acclamation, Michael Jordan is the greatest basketball player of all time." Jordan was one of the most effectively marketed athletes of his generation and was considered instrumental in popularizing the NBA around the world in the 1980s and 1990s.

After a three-season career at the University of North Carolina at Chapel Hill, where he was a member of the Tar Heels' national championship team in 1982, Jordan joined the NBA's Chicago Bulls in 1984. He quickly emerged as a league star, entertaining crowds with his prolific scoring. His leaping ability, illustrated by performing slam dunks from the free throw line in slam dunk contests, earned him the nicknames "Air Jordan" and "His Airness". He also gained a reputation for being one of the best defensive players in basketball.In 1991, he won his first NBA championship with the Bulls, and followed that achievement with titles in 1992 and 1993, securing a "three-peat". Although Jordan abruptly retired from basketball before the beginning of the 1993–94 NBA season to pursue a career in baseball, he rejoined the Bulls in 1995 and led them to three additional championships in 1996, 1997, and 1998, as well as an NBA-record 72 regular-season wins in the 1995–96 NBA season. Jordan retired for a second time in 1999, but returned for two more NBA seasons from 2001 to 2003 as a member of the Wizards.

Jordan's individual accolades and accomplishments include five Most Valuable Player (MVP) Awards, ten All-NBA First Team designations, nine All-Defensive First Team honors, fourteen NBA All-Star Game appearances, three All-Star Game MVP Awards, ten scoring titles, three steals titles, six NBA Finals MVP Awards, and the 1988 NBA Defensive Player of the Year Award. Among his numerous accomplishments, Jordan holds the NBA records for highest career regular season scoring average (30.12 points per game) and highest career playoff scoring average (33.45 points per game). In 1999, he was named the greatest North American athlete of the 20th century by ESPN, and was second to Babe Ruth on the Associated Press's list of athletes of the century. He is a two-time inductee into the Basketball Hall of Fame – in 2009 for his individual career, and in 2010 as a member of the 1992 United States men's Olympic basketball team ("The Dream Team").

During his brilliant career, Michael Jordan won 6 NBA Championships, earned a total of 14 MVP awards, was selected to 14 All-Star games, won 10 scoring titles... and the list of his achievements goes on and on.

The National Basketball Association Most Valuable Player (MVP) is an annual National Basketball Association (NBA) award given since the 1955–56 NBA season to the best performing player of the regular season. The winner receives the Maurice Podoloff Trophy, which is named in honor of the first commissioner (then president) of the NBA who served from 1946 until his retirement in 1963. Until the 1979–80 season, the MVP was selected by a vote of NBA players. Since the 1980–81 season, the award is decided by a panel of sportswriters and broadcasters throughout the United States and Canada, each of whom casts a vote for first to fifth place selections

The Bill Russell NBA Finals Most Valuable Player Award (formerly known as the NBA Finals Most Valuable Player Award) is an annual National Basketball Association (NBA) award given since the 1969 NBA Finals. The award is decided by a panel of nine media members, who cast vote after the conclusion of the Finals. The person with the highest votes wins the award. In at least one NBA Finals, fans balloting on NBA.com accounted for the tenth vote.The award was originally a black trophy with a gold basketball-shaped sphere at the top, similar to the Larry O'Brien Trophy, until a new trophy was introduced in 2005

The NBA's Defensive Player of the Year Award is an annual National Basketball Association (NBA) award given since the 1982–83 NBA season to the top defensive player of the regular season. The winner is selected by a panel of 124 sportswriters and broadcasters throughout the United States and Canada, each of whom casts a vote for first, second and third place selections. Each first-place vote is worth five points, second-place voted are worth three points, and a third-place vote is worth one. The player with the highest point total, regardless of the number of first-place votes, wins the award

The National Basketball Association All-Star Game Most Valuable Player (MVP) is an annual National Basketball Association (NBA) award given to the player(s) voted best of the annual All-Star Game. The award was established in 1953 when NBA officials decided to designate an MVP for each year's game. The league also re-honored players from the previous two All-Star Games. Ed Macauley and Paul Arizin were selected as the 1951 and 1952 MVP winners respectively.The voting is conducted by a panel of media members, who cast their vote after the conclusion of the game. The player(s) with the most votes or ties for the most votes wins the award.No All-Star Game MVP was named in 1999 since the game was canceled due to the league's lockout

The NBA All-Defensive Team is an annual National Basketball Association (NBA) honor given since the 1968–69 NBA season to the best defensive players during the regular season. Until the 2013-2014 NBA season, voting was conducted by the NBA head coaches; the coaches are not allowed to vote for players on their own team. In 2014, a panel of 123 media members voted for the two All-Defensive Teams.The All-Defensive Team is generally composed of two five-man lineups, a first and a second team, comprising a total of 10 roster spots.

The Best NBA Player ESPY Award is an award presented annually since 1993 to a National Basketball Association (NBA) player adjudged to be the best in a given year, typically the NBA season contested during or immediately before the holding of the ESPY Awards ceremony.

The John R. Wooden Award is an award given annually to the most outstanding men's and women's college basketball players. The program consists of the men's and women's Player of the Year awards, the Legends of Coaching award and recognizes the All–America Teams.

Between 1993 and 2004, the award voting panel comprised variously fans; sportswriters and broadcasters, sports executives, and retired sportspersons, termed collectively experts; and ESPN personalities, but balloting thereafter has been exclusively by fans over the Internet from amongst choices selected by the ESPN Select Nominating Committee.

The Best Comeback Athlete ESPY Award has been presented annually since 1993 to the sportsperson, irrespective of gender, contesting a team sport professionally under the auspices of one of the four North American leagues or an individual sport on either an amateur or professional basis primarily in the United States or internationally under the auspices of an sport governing body adjudged to have made the most significant, profound, or impressive comeback from serious illness, injury, personal or familial hardship, retirement, or significant loss of form.

The Atlantic Coast Conference Athlete of the Year award is given to the male and female athlete who show extraordinary talent throughout the entire season. The award is decided by members of the Atlantic Coast Sports Media Association.