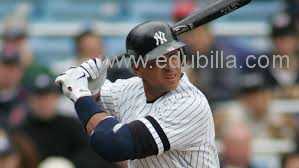 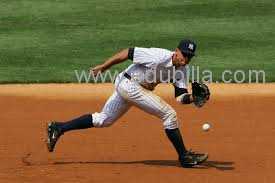 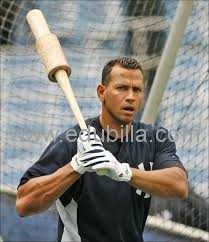 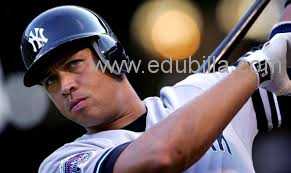 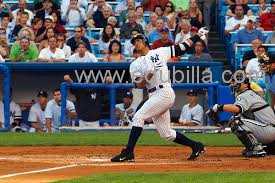 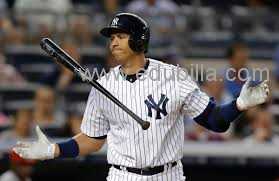 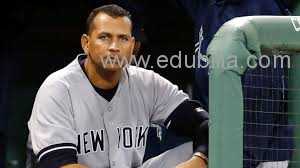 Born in New York City in 1975, Alex Rodriguez made his major league debut with the Seattle Mariners at age 18, playing shortstop. He later played for the Texas Rangers and New York Yankees, and in 2007 became the youngest player to hit 500 career home runs. His career faltered after his 2009 admission that he had used performance-enhancing drugs from 2001 to 2003, but he went on to help the Yankees win the 2009 World Series.

Professional athlete Alexander Emmanuel Rodriguez was born on July 27, 1975, in New York City, Alex Rodriguez was the youngest of Victor Rodriguez and Lourdes Navarro's three children. At an early age, baseball was a central part of Rodriguez's life. His father was a former pro catcher in his native Dominican Republic and a passionate New York Mets fan.
"I saw how passionate he was about the game," Rodriguez once recalled. "How closely he paid attention to it. That rubbed off on me."
At age 4, Rodriguez moved with his family to the Dominican Republic, where he first started playing baseball. When he reached fifth grade, however, the Rodriguez family was on the move again, this time relocating to Miami. Not long afterward, Victor and Lourdes separated, leaving Rodriguez's mother to raise the family on her own.
In high school, Rodriguez was a gifted football player, playing quarterback at Westminster Christian School, a small private school in Miami. On the baseball field, Rodriguez was an even bigger star. In his junior year, he hit .477 and stole 42 bases in just 35 games while leading the school to the 1992 state championship. By his senior year, Rodriguez had made the decision to concentrate fully on baseball, and scouts jammed the school's ball field to watch the 6-foot 3-inch, 195-pound shortstop play.
Rodriguez had already committed to attend the University of Miami, but when he was selected number one overall in Major League Baseball's 1993 amateur draft by the Seattle Mariners, he went pro with a three-year, $1.3 million contract.

Rodriguez's rise through the Seattle system was meteoric. In 1994 made his major league debut. He got just 54 at-bats that year and 142 the following season. In 1996, however, A-Rod, as he quickly came to be known, was a full-timer and a star. That year he batted .358, clubbed 36 home runs and knocked in 123 runners to finish second in the MVP race.

Over the next decade, Rodriquez proved to be in baseball's best all-around player, putting up gaudy numbers that put him on track to be one of the game's all-time greats.
In 2001, Rodriguez signed the most lucrative contract in baseball history when he inked a 10-year, $252 million deal with the Texas Rangers. Even with the pressure of the contract, the shortstop's numbers didn't decline—he was named MVP in 2003—but the team around him never took off like he'd hoped. Following the 2003 season, he was traded to the New York Yankees, taking over third base so the club's future hall of fame shortstop, Derek Jeter, could stay put.
In New York, Rodriguez continued to post big numbers. In 2007, he had his best season yet, batting .314, hitting 56 home runs and knocking in 154 batters to earn his second MVP award. That same year, on August 4, at age 32, he became the youngest player to hit 500 career home runs.