Emma Kirkby The Queen's Medal for Music Awarded In 2010 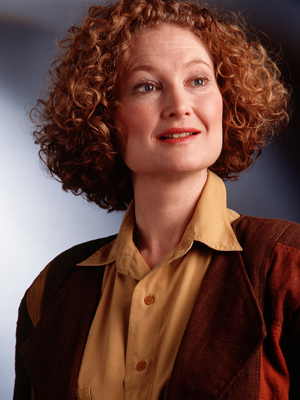 Emma Kirkby  is an English soprano and one of the world's most renowned early music specialists who has sung on well over a hundred recordings. She was appointed a Dame Commander of the Order of the British Empire in the 2007 Queen's Birthday Honours List. Emma Kirkby was born on February 26,1949 in Camberley, Surrey, England.

She studied classics at Oxford and received vocal training from Jessica Cash. Originally, she had no expectations of becoming a professional singer. As a classics student at Oxford and then a schoolteacher she sang for pleasure in choirs and small groups, always feeling at home most in Renaissance and Baroque repertoire.

Emma Kirkby joined the Taverner Choir in 1971 and in 1973 began her long association with the Consort of Musicke. She made her debut in London in 1974 and then specialized in Early music. Emma took part in the early Decca Florilegium recordings with both the Consort of Musicke and the Academy of Ancient Music, at a time when most college-trained sopranos were not seeking a sound appropriate for early music instruments. She therefore had to find her own approach, with enormous help from Jessica Cash in London, and from the directors, fellow singers and instrumentalists with whom she has worked over the years.

On 21 January 2011 it was announced that Kirkby had been awarded the Queen's Medal for Music, an award funded by the Privy Purse.