Colin Davis The Queen's Medal for Music Awarded In 2009 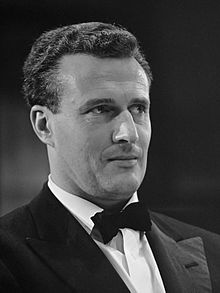 Sir Colin Rex Davis  was an English conductor. He was particularly noted for his advocacy of the music of Hector Berlioz and of Michael Tippett. Davis was born on 25 September 1927 in Weybridge, Surrey, England.

Davis studied clarinet at the Royal College of Music and was a bandsman in the Household Cavalry. Unable to play the piano, he was barred from the RCM conducting class, but when a group of players formed the Kalmar Orchestra, Davis often conducted it. From that came the Chelsea Opera Group, whose Mozart performances under Davis in the early 1950s became renowned for their spirit and sensitivity. He was appointed assistant conductor of the BBC Scottish Orchestra in 1957, and finally stepped into the limelight in 1959, replacing the ill Otto Klemperer at a legendary performance of Don Giovanni at London’s Royal Festival Hall.

In 1977 he became the first British musician to conduct at Bayreuth. He was appointed honorary conductor of the Dresden Staatskapelle and devoted an increasing amount of time to young musicians, notably at the London colleges. On 14 April 2013, Davis died in London at the age of 85 after a short illness.