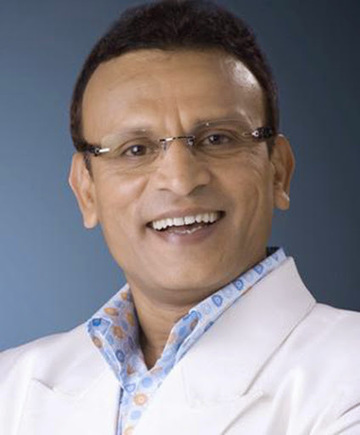 Anil Kapoor known by his screen name Annu Kapoor, is an Indian film actor and television presenter best remembered for hosting the vocal reality show Antakshari from 1993 to 2006 and his role in Vicky Donor (2012). He was born on 20 February 1956 in Bhopal, Madhya Pradesh, India. He started his acting career as a stage actor in 1979 and his first noticed drama was Ek ruka hua faisla. He debut Bollywood through Shyam Benegal's Mandi in 1983. He dedicated the last 30 years fully for theatre, cinema as well as television shows. Most recently, the movie Vicky Donor brought him a lot of awards including National awards and Filmfare. He won both these awards in supporting roles for the first time. In addition to both, his performance in Vicky donor gave him many awards including Screen awards and Apsara awards. In both these awards, he won best comedian and best supporting actor award for his performance in Vicky Donor.

Now a list of movies noted for his performance. In 7 Khoon Maaf, Annu Kapoor played the role of a cop, one among 7 husbands of Priyanka Chopra. Among the 6 husbands, he was the only person who respects Priyanka and her beauty. In Aitraaz, he did the role of a barrister. It included some comedy elements too. A few other hit movies in which he has played character roles include Kaalapani, Tesaab, Mr.India, Darr, Kacche Daage, Kayal, Arjun pandit, Om Jai Jagdeesh, Rain coat, Hum, Yodha, Utsav, Betaab, Chameli ki Shadi and Ram lakhan. Hoping we can see him in new avatars with the recent success of Vicky Donor.