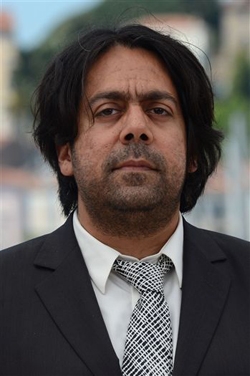 Ashim Ahluwalia is a film director and screenwriter. Ashim was born in Mumbai in 1972. He did schooling from Cathedral and John Connon School, Mumbai and graduated in film making from Bard College, New york. He began his career in the middle 1990's, where he experimented with his ideas and worked on documentary and short films. His first short film was 'The Dust' (1993). He established his own production company, Future East, in 2005 and preferred to work outside mainstream Indian cinema. He made his directorial debut with the feature-length documentary John & Jane (2005), which had a world premiere at the Toronto Film Festival and a European premiere at the Berlin International Film Festival, and won him the 2005 National Film Award for Best First Non-Feature Film of a Director. This was followed by his first narrative feature film Miss Lovely, premiered at the 2012 Cannes Film Festival. which won him the National Film Award-Special Jury Award (Feature film), and Best Production Design at the 61st National Film Awards.Ã??Ã?Â