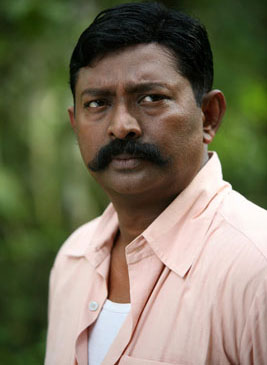 M.P. Michael, better known as his stage name Lal, is an Indian film director, actor, script writter, producer, and film distributer widely known for his work in Malayalam cinema. He was born on 2 December 1958 in Kochi, Kerala, India. He started his career as a mimicry artist in Kalabhavan, along with his childhood friend Siddique, who would later team up as Siddique-Lal to make many films. Lal and Siddique joined as assistant directors to Fazil in 1984. He is most famous for teaming up with Siddique, hence the name Siddique Lal, to make blockbusters such as Ramji Rao Speaking (1989), In Harihar Nagar (1990), Godfather (1991), Vietnam Colony (1993), and Kabuliwala (1993). He later produced Siddique's Hitler (1996) and Freinds (1999). In 2013, he received the National Film Award.