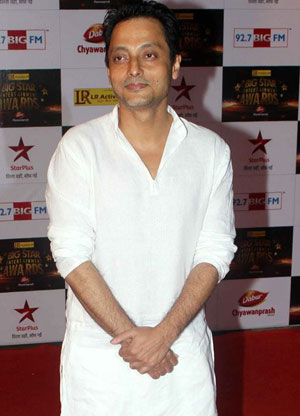 Sujoy Ghosh is an Indian film director, actor and screenwriter. He has directed Jhankaar Beats (2003), Home Delivery: Aapko... Ghar Tak (2005), Aladin (2009) and Kahaani (2012). He received Filmfare Award for Best Director in the year 2012 for the movie - Kahaani. The movie also won Best original story and Best screenplay awards at national film awards for the same year. Home Delivery: Aapko... Ghar Tak and Aladin are his other Bollywood releases. His blockbuster movie 'Kahani' was later remade to bilingual Tamil-Telugu versions in the year 2013. The movie was titled, Anamika. He has announced his next project with Hrithik Roshan and Katrina Kaif and the movie titled 'Bang bang' is to release in 2014. He has also announced one more project with Kangana Ranaut and Irrfan Khan, titled Durga Rani Singh.

He belongs to Kolkata, West Bengal born in 1966. He moved to London at the age of 13. A brilliant student in academics, he owns an Engineering degree and an MBA from Manchester University. He worked as a South Asia head of the media division of Reuters till 1999. After that he moved to India to pursue his dreams in Bollywood. He had already scripted a movie and wanted to direct it. That's why he moved to India and got settled in Bandra, Mumbai. Though he approached many film producers, it took two long years to get an opportunity.