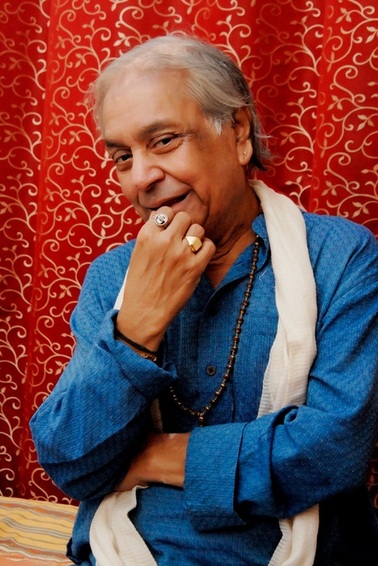 Brijmohan Mishra popularly known as Pandit Birju Maharaj is the leading exponent of the Lucknow Kalka-Bindadin gharana of Kathak dance in India. He is a descendant of the legendary Maharaj family of Kathak dancers, which includes his two uncles, Shambhu Maharaj and Lachhu Maharaj, and his father and guru, Acchan Maharaj. Even though dancing is his first love, he also has an excellent command over Hindustani classical music and is an accomplished vocalist as well. He took Kathak to new heights by choreographing new Kathak dance dramas.He is also the founder of kalashram. He has toured extensively around the globe, given thousands of performances and held hundreds of workshops for kathak students. Birju Maharaj was born on February 4, 1938 in Varanasi. His father has served as court dancer in Raigarh princely state. His father and uncles taught his this art form. But he lost his father at a younger age of 9 and his family moved to Delhi. At the age of 13, he started teaching Kathak at Sangeet Bharti in New Delhi. He remained a teacher in Bharatiya Kala Kendra and Kathak Kendra. When he retired in 1988, he was the Head of Faculty of Kathak Kendra.

In critically well acclaimed movie of Satyajit Ray's Shatranj ke Khilari, he composed music and did playback singing as well. The popular song sung by Madhuri Dixit in the movie 'Devdas' (2002) was choreographed by Birju Maharaj. He has won many awards and appreciations. He won National Film Award for Best Choreography for Tamil movie - Vishwaroopam (2012). He has received honorary Doctorate degrees from Banaras Hindu University and Khairagarh University. He received Lata Mangeshkar Puraskaar in 2002 and Bharat Muni Samman. Sangeet Natak Akademi Award, Padma Vibhushan and Kalidas Samman are a few more accolades won by Birju Maharaj. Now his children, Mamta Maharaj, Deepak Maharaj and Jai Kishan Maharaj have also stepped into this field of art form.