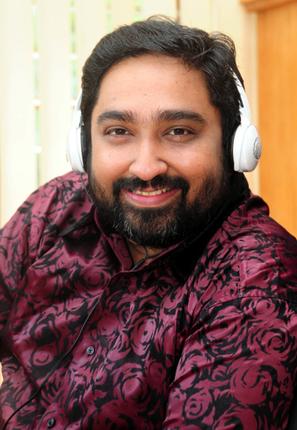 M. Jayachandran is a film score composer, singer, and musician in Malayalam films. He has won the Kerala State Film Award for Best Music Director for a record number of six times. In 2005, he also won the state award for best male singer. In 2015, he won the National Film Award for Best Music Direction for the film Ennu Ninte Moideen. He has composed music for more than one hundred films. He was born on 14 June 1971 in Thiruvananthapuram, Kerala, India. M. Jayachandran started getting trained in classical music at the tender age of five. He was trained by prominent musicians of all times, Mullamodu Baagavathar Shri Attingal Hariharaiyyar, Neyyattinkara M K Mohanachandran and Perumbaavoor G Raveendranadh. He was also associated with late M.B.Sreenivasan and Devarajan Master, the legends of music. Even as a student he used to mesmerize his audience by his hold on music. He bagged numerous awards for the very same reason, and had been the winner of Carnatic music competition in the Kerala University Youth Festival consecutively from 1987 to 1990.

He made his debut in Malayalam film industry as a Singer in the movie Vasudha(1992) directed by V.V. Babu. He continued serving the industry as Devarajan master's assistant and excelled under his guidance. The movie Chantha (1995), directed by Sunil was a major milestone in M. Jayachandran's career. That was his debut as an independent music director. Jayachandran was part of many international Carnatic concerts, and has a huge fan following from many major cities across the Globe. He conducted an orchestra of 3000 classical musicians including M S Gopalakrishnan, Umayalpuram Shivaraman, Ravikiran, Kadri Gopalnath, M Chandrasekharan, T N Shashagopalan, T V Gopalakishnan and others as part of Anandolthsavam by Sri Sri Ravishankar that was held in Bangalore in 2005.