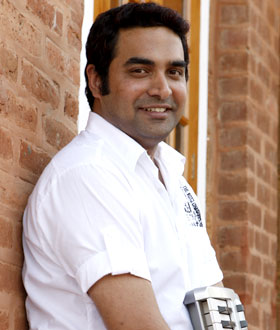 Gopi Sunder is a National Award winning Indian musician, film score composer, programmer and singer. He has composed music for more than 5000 advertisements, programmed music for many major composers and composed the music for nearly 50 Indian films to date. He was born on 30 May 1977 in Kochi, Kerala, India. He worked as assistant director of composer Ouseppachan for a long time. Sunder's father was a friend of Ouseppachan, which later helped in his entry to film field. He has also done keyboard programming for a few Bollywood hit songs like "Aankhon mein teri'" (Om Shanti Om) and"Ek Main Aur Ek Tu Hai"(Bluffmaster). Same year he got the big break to Malayalam film industry when he was offered background score by director Rosshan Andrrews for his debut movie, Notebook (2007). It was followed by the super hit movie Big B, starring Mammootty, most noted for its background score and camera work.