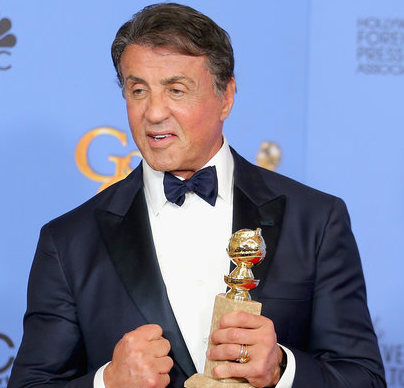 Sylvester Stallone is an American actor, screenwriter, producer, and director. He is well known for his Hollywood action roles, particularly boxer Rocky Balboa, the title character of the Rocky series' seven films from 1976 to 2015; soldier John Rambo from the four Rambo films, which ran from 1982 to 2008; and Barney Ross in the three The Expendables films from 2010 to 2014. He wrote or co-wrote most of the 14 films in all three franchises, and directed many of the films. Sylvester Stallone was born on July 6, 1946, in New York City, New York, United States. After graduation, Stallone eventually went on to college. First, he attended the American College in Switzerland, where he studied drama. Stallone then went to the University of Miami, again choosing to focus on the dramatic arts. He left school before completing his degree to move to New York City to pursue an acting career. Sylvester Stallone rose to fame as the writer and lead of the Academy Award-winning boxing film Rocky (1976). He went on to become one of the biggest action stars in the world, reprising his characters from Rocky and First Blood (1982) for several sequels. Following a mid-career decline, he rediscovered box-office success with a series of action films that included The Expendables (2010) and has earned critical acclaim reprising his Rocky role in Creed (2015). In 2016, he received the Golden Globe Award For Best Performance Actor in a Supporting Role in Motion Picture.