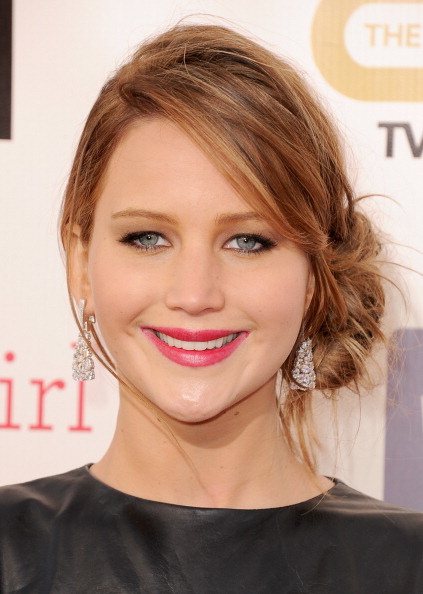 Jennifer Shrader Lawrence (born August 15, 1990)is an American actress. Her first major role was as a lead cast member on the TBS sitcom The Bill Engvall Show (2007–09). She subsequently appeared in the independent drama films The Burning Plain (2008) and Winter's Bone (2010), for which she received her first Academy Award for Best Actress nomination; at the time, she was the second youngest person to receive a nomination in the category.At age 22, Lawrence's performance as Tiffany Maxwell in the David O. Russell-directed romantic comedy Silver Linings Playbook (2012) earned her critical acclaim and several awards, including the Golden Globe Award for Best Actress (Musical or Comedy) and the Academy Award for Best Actress, making her the second-youngest Best Actress winner at the Oscars.For her supporting role in Russell's comedy-drama American Hustle (2013), she was awarded the Golden Globe Award, the BAFTA Award and received a third Academy Award nomination.

Lawrence is also known for playing Raven Darkhölme (Mystique) in the superhero film X-Men: First Class (2011) and its sequel X-Men: Days of Future Past (2014). Beginning in 2012, she gained international fame and acclaim for playing the heroine Katniss Everdeen, in the commercially successful The Hunger Games film series, which established her as the highest-grossing action heroine of all time.Jennifer Lawrence won Best Supporting Actress at the 2014 Golden Globes. 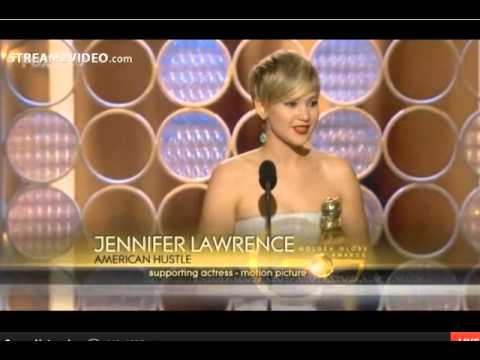