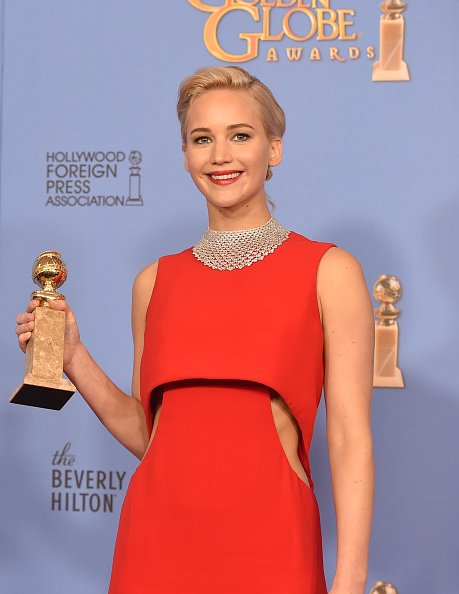 Jennifer Shrader Lawrence is an American actress. who by the age of 22 had been nominated twice for the Academy Award for best actress. In 2013, on her second nomination, she won the award for Silver Linings Playbook (2012). Her first major role was as a lead cast member on the TBS sitcom The Bill Engvall Show (2007–09). She starred in the independent drama Winter's Bone (2010), and her first commercial success was playing Mystique in the superhero film X-Men: First Class (2011). Lawrence also starred in another notable film in 2012, director David O. Russell’s Silver Linings Playbook. In that movie she played Tiffany Maxwell, a young widow who befriends a man struggling with mental illness. She won critical acclaim in the popular film and became the second youngest woman to win the Academy Award for best actress (2013). In 2016, she received the Golden Globe Award For Best Performance Actress in a Motion Picture Musical or Comedy.

Jennifer Lawrence was born in Louisville, Kentucky, on August 15, 1990. Lawrence knew from an early age that she wanted to act, and she began performing in school plays and local theatre in Louisville, Kentucky. At the age of 14, in 2005, hoping to break into acting and modeling, she went with her mother to New York City to visit talent agencies. While there, she was discovered by a talent scout and subsequently auditioned for his agency. She spent the summer of that year in New York, performing small acting roles and modeling for advertisements. On the basis of that success, after Lawrence’s early graduation from high school, the family moved to Los Angeles to allow her to further her career.