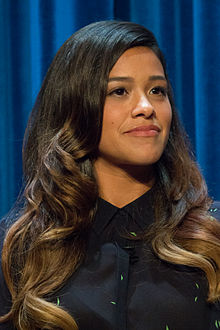 Gina Rodriguez (born July 30,1984 is an American actress. She is best known for her roles as Majo Tenorio in musical drama film Filly Brown, as Beverly in the soap opera The Bold and the Beautiful, and as Jane Villanueva in the CW comedy-drama series Jane the Virgin, for which she won a Golden Globe Award in 2015.