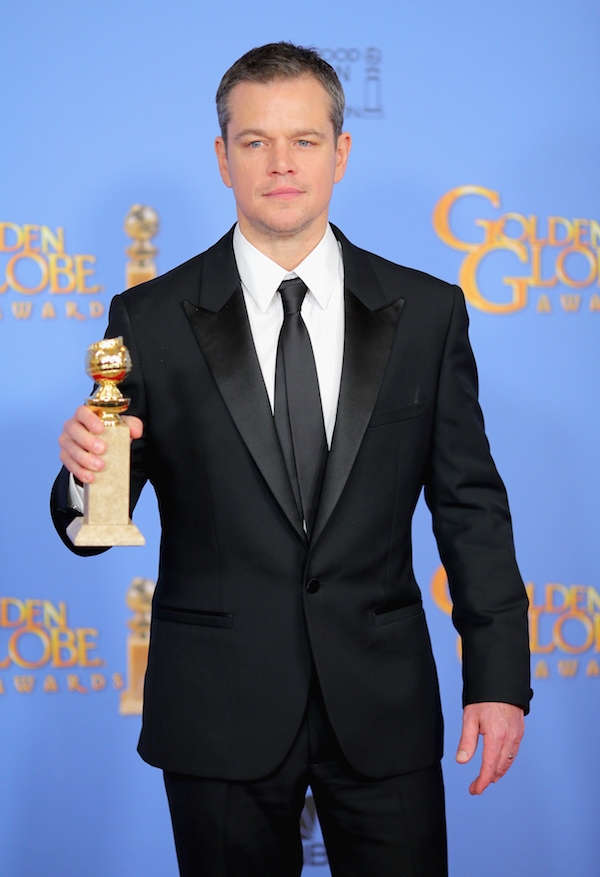 Matt Damon is an American actor, filmmaker, and philanthropist. He is among Forbes magazine's most bankable stars and one of the top-40 highest-grossing actors of all time. In addition to the many awards Damon has received, including Academy Awards and he received a star on the Hollywood Walk of Fame in 2007 for his work in the film industry. In 2016, he received the Golden Globe Award For Best Performance Actor in a Motion Picture Musical or Comedy. He was born on October 8, 1970 in Cambridge, Massachusetts, United States. Damon attended Cambridge Rindge and Latin School and he performed in a number of theater productions during his time there. He attended Harvard University as an English major. While in Harvard, he kept on skipping classes to pursue acting projects, which included the TNT original film, Rising Sun (1993), and prep-school drama, School Ties (1992).

Matt Damon's acting career took off after starring in and writing 1997's Good Will Hunting with friend Ben Affleck. The duo won an original screenplay Oscar for the project. Damon has since acted in a wide range of movies, including the popular Ocean's Eleven series and the Jason Bourne trilogy. Other major projects on his roster have included The Talented Mr. Ripley, The Adjustment Bureau, Behind the Candelabra and the Golden Globe-winning blockbuster The Martian, with the latter directed by Ridley Scott.