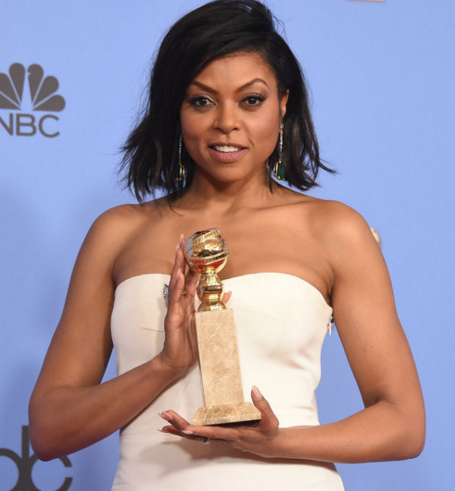 Taraji Penda Henson is an American actress and singer. Taraji Henson was born on September 11, 1970, in Washington, D.C. Henson graduated from Oxon Hill High School in Oxon Hill, Maryland, in 1988. She then attended North Carolina Agricultural and Technical State University where she studied electrical engineering before transferring to Howard University to study drama. To pay for college, she worked mornings as a secretary at The Pentagon and evenings as a singing-dancing waitress on a dinner-cruise ship, the Spirit of Washington.  She received her Bachelor of Fine Arts degree in 1995.

Taraji Penda Henson Hollywood career in guest-roles on several television shows before making her breakthrough in Baby Boy (2001). In 2005, she starred in Hustle & Flow and played Queenie in David Fincher's The Curious Case of Benjamin Button (2008), for which she received a nomination for the Academy Award for Best Supporting Actress. In 2010, she appeared in the comedy Date Night and co-starred in the remake of The Karate Kid. In 2012, Henson was in the large ensemble cast film Think Like A Man and reprised her role in its sequel. In July 2015, Henson was nominated for the Primetime Emmy Award for Outstanding Lead Actress in a Drama Series, and she submitted show's Pilot for Emmy voting. In January 2016, Henson won the Golden Globe Award for Best Actress – Television Series Drama for Empire.