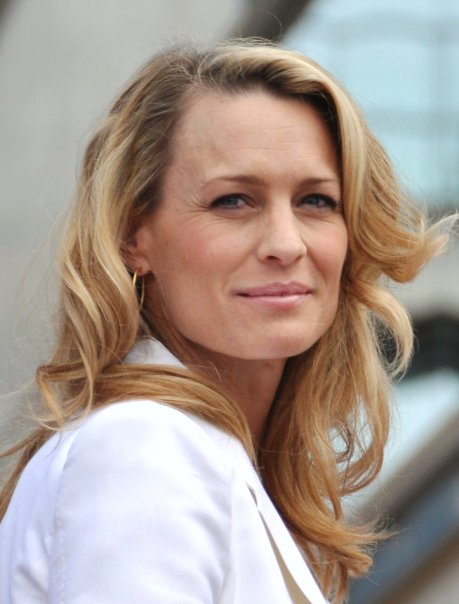 Robin Gayle Wright(born April 8, 1966) is an American actress, director, and singer. She was previously credited as Robin Wright Penn. Wright first gained attention when starring in the daytime television series Santa Barbara as Kelly Capwell from 1984 to 1988, for which she received three Daytime Emmy nominations. She made the transition to film, starring in The Princess Bride, Forrest Gump (earning her a Golden Globe Award nomination), Toys, Message in a Bottle, Unbreakable, The Conspirator, Moneyball and The Girl with the Dragon Tattoo. She also stars as Claire Underwood in the Netflix series House of Cards, for which she has been nominated for a Primetime Emmy Award for Outstanding Lead Actress in a Drama Series twice, and for which she won the Golden Globe in 2014 for Best Actress - Television Series Drama, making her the first actress to win a Golden Globe for an online-only web television series. From 1996 to 2010, Wright was formerly married to actor Sean Penn, with whom she has two children.