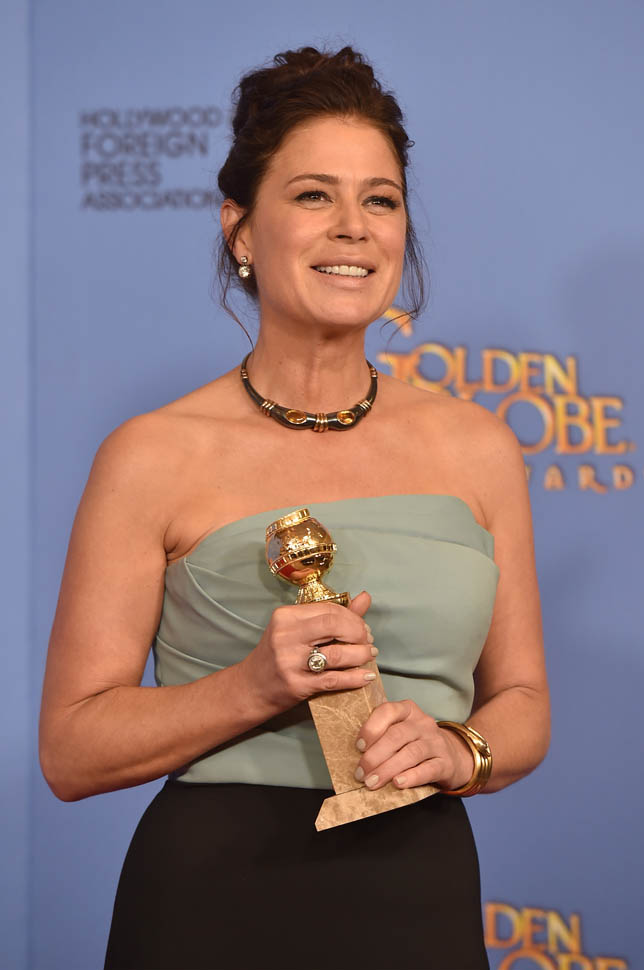 Maura Tierney is an American film and television actress who is best known for her roles as Lisa Miller on the sitcom NewsRadio, Audrey Reede in Liar Liar (1997), Abby Lockhart on the medical drama ER and as Helen Solloway on the television drama The Affair for which she won the Golden Globe Award in 2016. She was born on February 3, 1965 in Hyde Park, Boston, Massachusetts, United States. Maura initially studied at New York University but left school prior to graduation when she hooked up with the Circle-in-the-Square theater school. Following some stage plays including "Baby with the Bathwater" and "Danny and the Deep Blue Sea," she moved to the West Coast in the late 1980s finding minor roles here and there in TV-movies and making the rounds on episodic shows such as Growing Pains (1985), Family Ties (1982) and Law & Order (1990). Tierney played the role of Laurel in the Off Broadway play Three Changes with Dylan McDermott from September 16 to October 4, 2008.

Tierney returned to television, playing the recurring character Kelly McPhee on the FX series Rescue Me in 2009 and 2011 during its final season. She replaced Joely Richardson as the female lead of the 2010 ABC television series The Whole Truth, after Richardson dropped out to spend more time with her family. Tierney's role in the show, a legal drama produced by Jerry Bruckheimer, marked her return to television after recovering from breast surgery and cancer treatments. ABC canceled The Whole Truth after just four episodes due to low ratings. In February 2011, Tierney made her debut at the Gate  Theatre in the Dublin premiere of Yasmina Reza's God of Carnage alongside Ardal O'Hanlon. In 2013, Tierney joined the cast of Showtime's The Affair, playing Helen Solloway. The Affair began airing in October 2014.