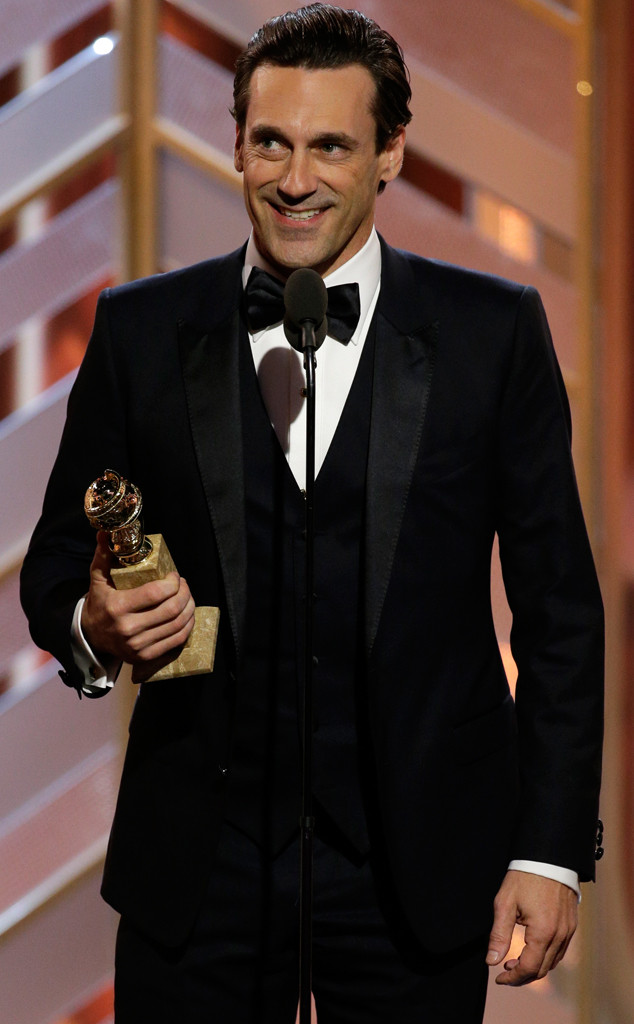 Jon Hamm is an American actor, director, and television producer best known for playing advertising executive Don Draper in the AMC drama series, Mad Men (2007–2015). John Hamm was born March 10, 1971, in St. Louis, Missouri. In 1993, Hamm earned a bachelor's degree in English from the university. He then landed a job as a teacher at his old school, John Burroughs. For two years, Hamm taught drama there, teaching students such as Ellie Kemper, who later became a film and television actress. He also made friends with up-and-coming actor Paul Rudd while living in St. Louis. Hamm gained wide recognition when Mad Men began airing in July 2007. His performance earned him the Golden Globe Award for Best Actor in a Television Series – Drama in 2008 and 2016 and the Primetime Emmy Award for Outstanding Lead Actor in a Drama Series in 2015. He also directed two episodes of the show. In 2008, Hamm appeared in a remake of the science fiction film The Day The Earth Stood Still. His first leading film role was in the 2010 independent thriller Stolen. He also had supporting roles in The Town (2010), Sucker Punch (2011), and Bridesmaids (2011). Hamm has received 16 Primetime Emmy Award nominations for his performances in Mad Men, 30 Rock (2006–2013), and Unbreakable Kimmy Schmidt (2015).